In the late afternoon, the GLCM group met at the Ponte della Musica bridge. This bridge is the gateway to the Villagio Olympico, a neighborhood that celebrates sports, arts and music. This bridge crosses the Tiber River and features a skateboard park and a children’s play area. 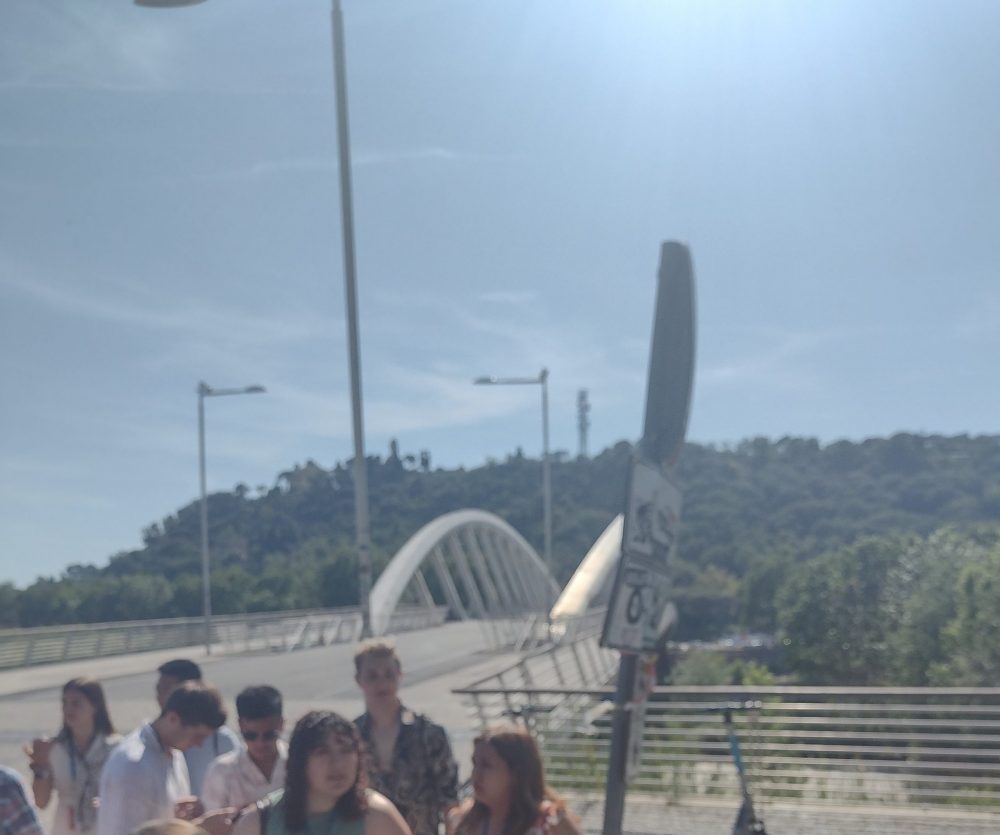 Once across the bridge, the neighborhood has a more modern character, with asphalt sidewalks and roads which contrast against the cobblestone streets that we had become accustomed to in the metropolitan area of Rome. The modern flatwork is due to the reduced archeological significance of this area. This also eases traffic congestion since delivery trucks can make deliveries easier compared to the Metropolitan area of Rome. There are less ruins and historic roads to preserve, so asphalt is the preferred choice. Many of the housing buildings are converted from military barracks and the former Olympic Housing for the 1960 Rome Olympics. This neighborhood is a working-class neighborhood but is nearby to Parioli, an affluent area nearby. Another nearby feature is Via Flaminia, which was a historic road that was used to connect the ancient city of Rome to northern cities. 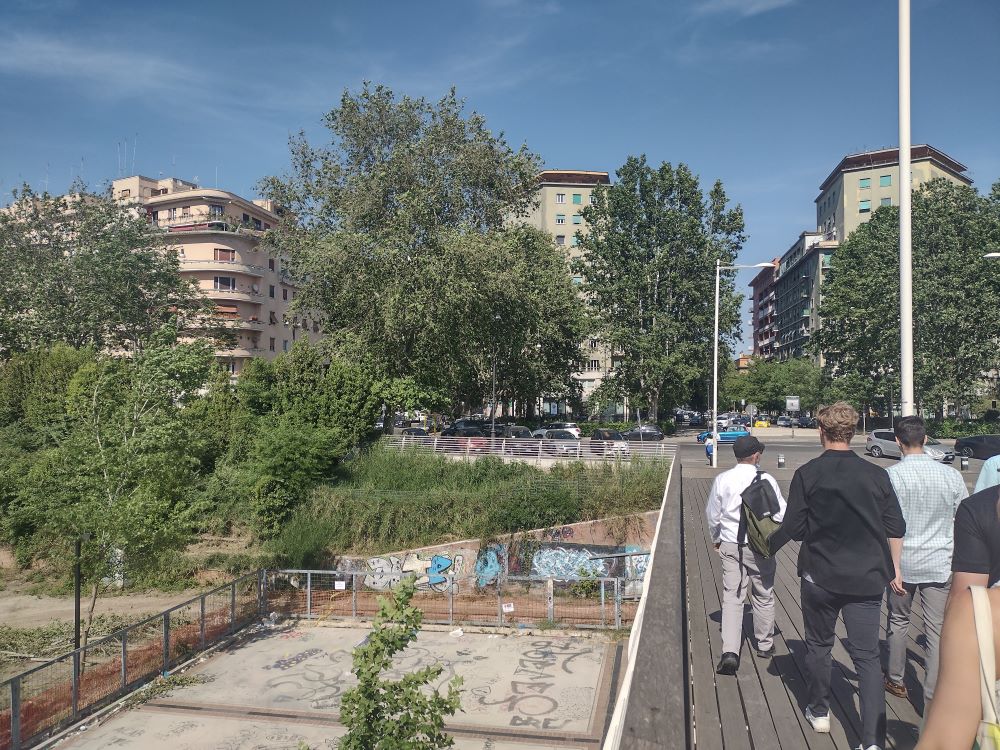 We kept walking down Via Guido Reni until we reached the Maxii Art Museum. In the early 2000s, Mayor Rutelli wanted to add to the arts scene in Rome so he partnered with the Minister of the Arts to create a new art museum. An international architectural challenge was used to design this structure. Zaha Hadid was the winner, and this museum is one of her most iconic designs. She has designed museums and cultural centers around the world, but this one stands out in the architectural world. Hadid is well known for her use of parametrics. The building uses simply finished concrete that resembles a brutalist facade, combined with sweeping curtain walls and iconic steel columns. 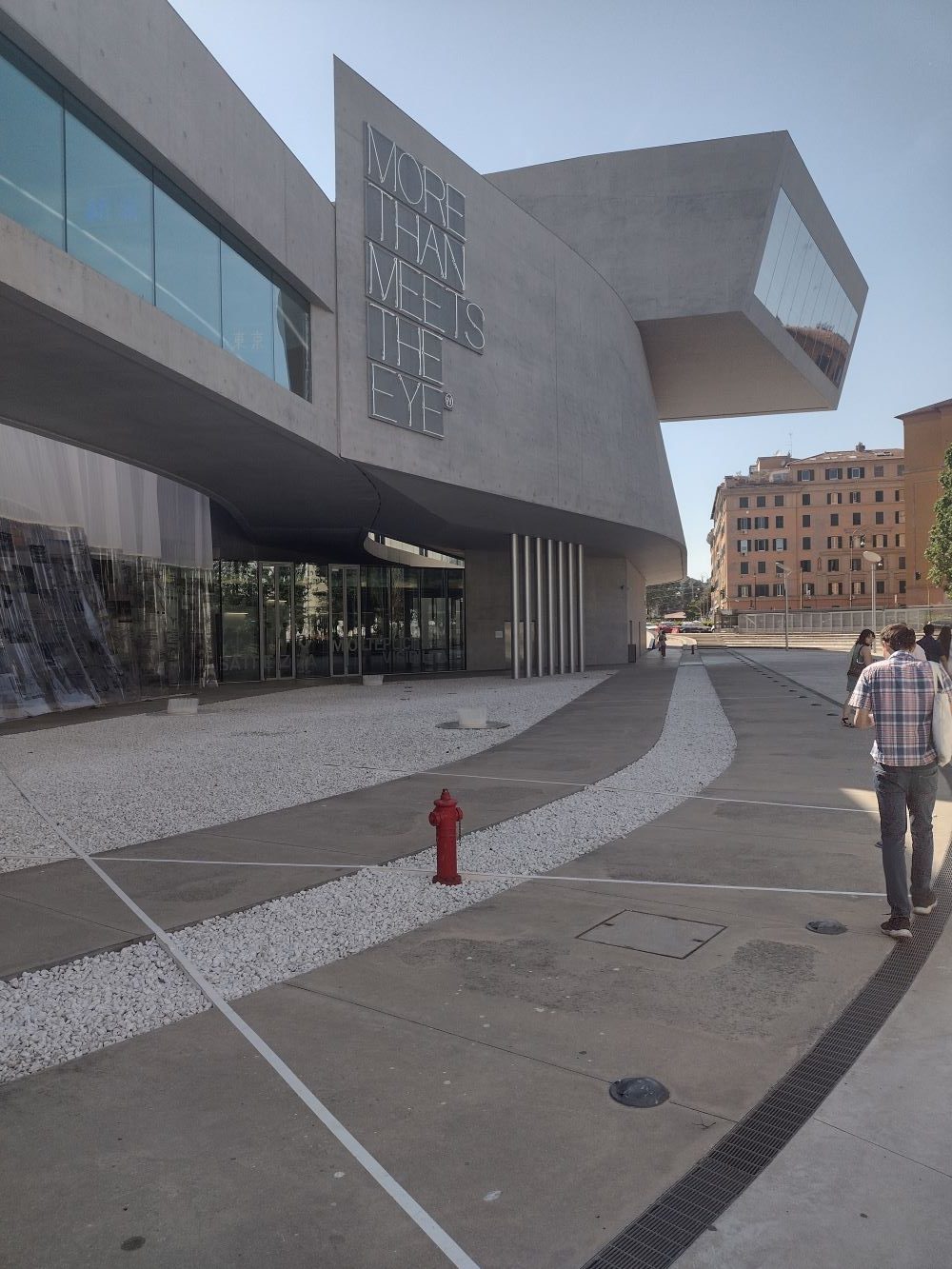 We went into the museum and headed up to the 4th floor gallery ‘Cao Fei Supernova.’ The stairs connecting the elevator to various galleries had a catwalk style. Hadid wanted to use metal grate flooring in the design phase but this was infeasible due to exposure of museum goer’s legs and risk of vertigo. The 4th floor gallery was designed to showcase the relationship between future and present with themes such as COVID-19, space exploration and science fiction. Many of the displays in this gallery were videos or other non-2D visualizations of art 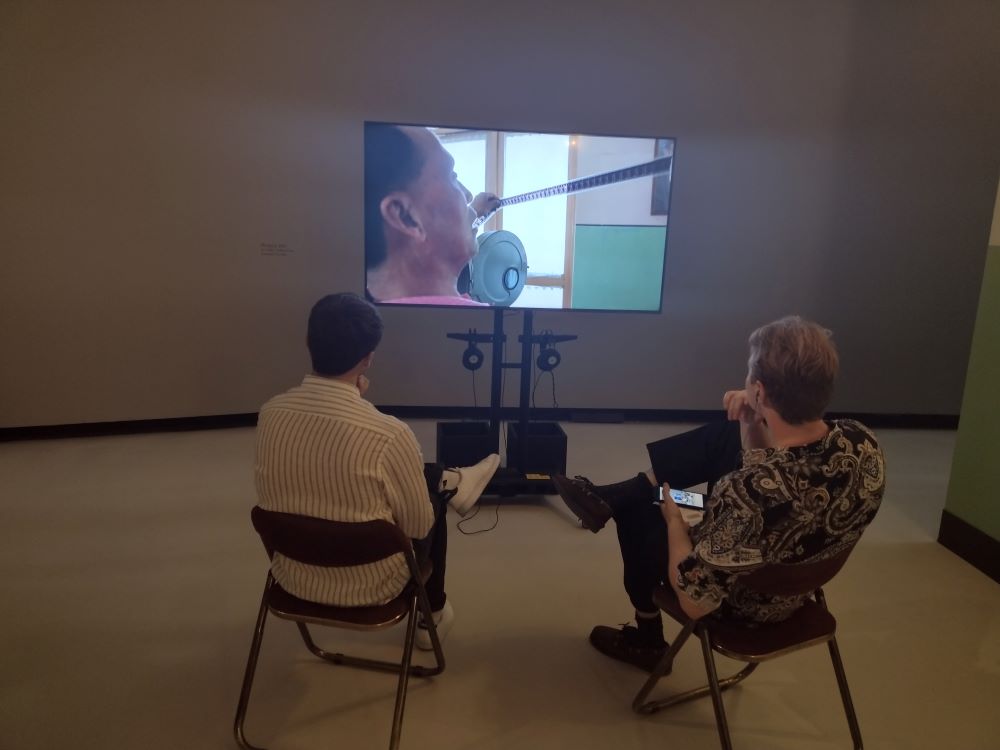 We were given time to explore the rest of the museum and enjoyed the contemporary themes with an emphasis on architecture. One of my favorite exhibits was the Women in Architecture exhibit, since this is a topic that is often overlooked. Another exhibit that was interesting was located on the outside of the building, entitled ‘Inside Outside.’ It consisted of clear plastic sheets with illustrations of over 70 projects from the Inside Outside architectural studio, which was founded by Petra Blaisse in 1991. This exhibit showcased the interdisciplinary approach of combining materials and technology in a creative way to unite the applied arts and interior design. Specifically, the projects on the clear sheets serve to display the changing relationship between inside and outside. This exhibit was nuanced take on a complex and relevant issue in current architecture. 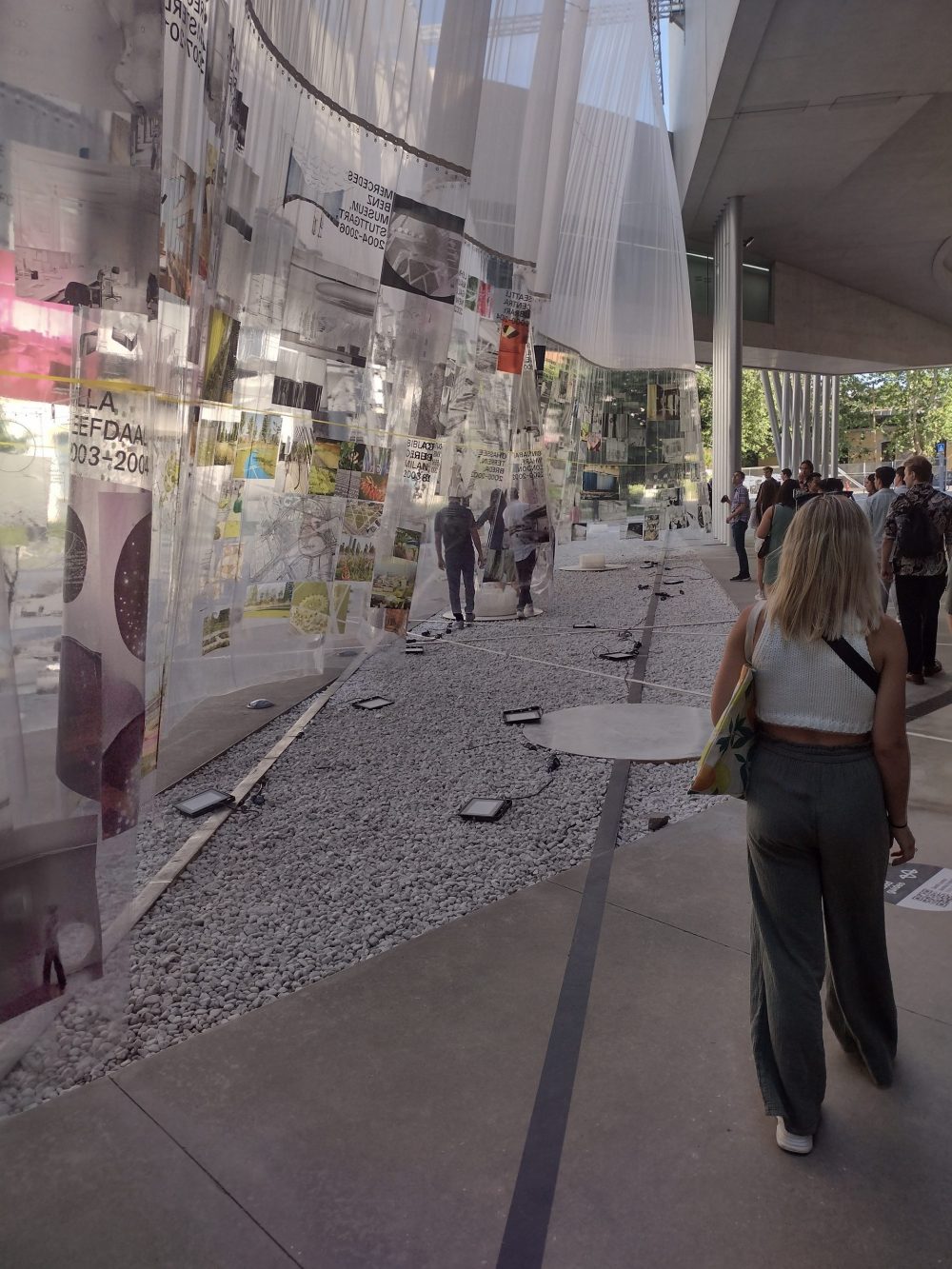 Overall, seeing the Villagio Olympico and the Maxxi Art museum showed the modern side of Rome which was intriguing since most of the activities and site visits were related to older history such as ancient Rome or the Renaissance.