After a restful weekend, the global leaders started off their week with a visit to the Austrian Parliament renovation project. While access to the actual construction site was restricted, an open exhibition for the project was provided to offer insight to the public. Our guide was an outreach representative tasked to give tours around the exhibition.

Historically, the surrounding area was previously a military center, now converted to Ring Road where university buildings, museums, and other government buildings are located in addition to the parliament. The existing parliament building is over 130 years old, with much of the utilities and infrastructure not fulfilling the requirements of modern use. The mechanical, electrical, and plumbing systems are outdated, windows require inefficient use of energy, and the interiors have not been updated since 60% of the building was destroyed during World War II. With over 500 employees working in the parliament and 150,000 visitors every year, an expansion and modernization of the parliament building is necessary to serve the 9 million residents of Austria. 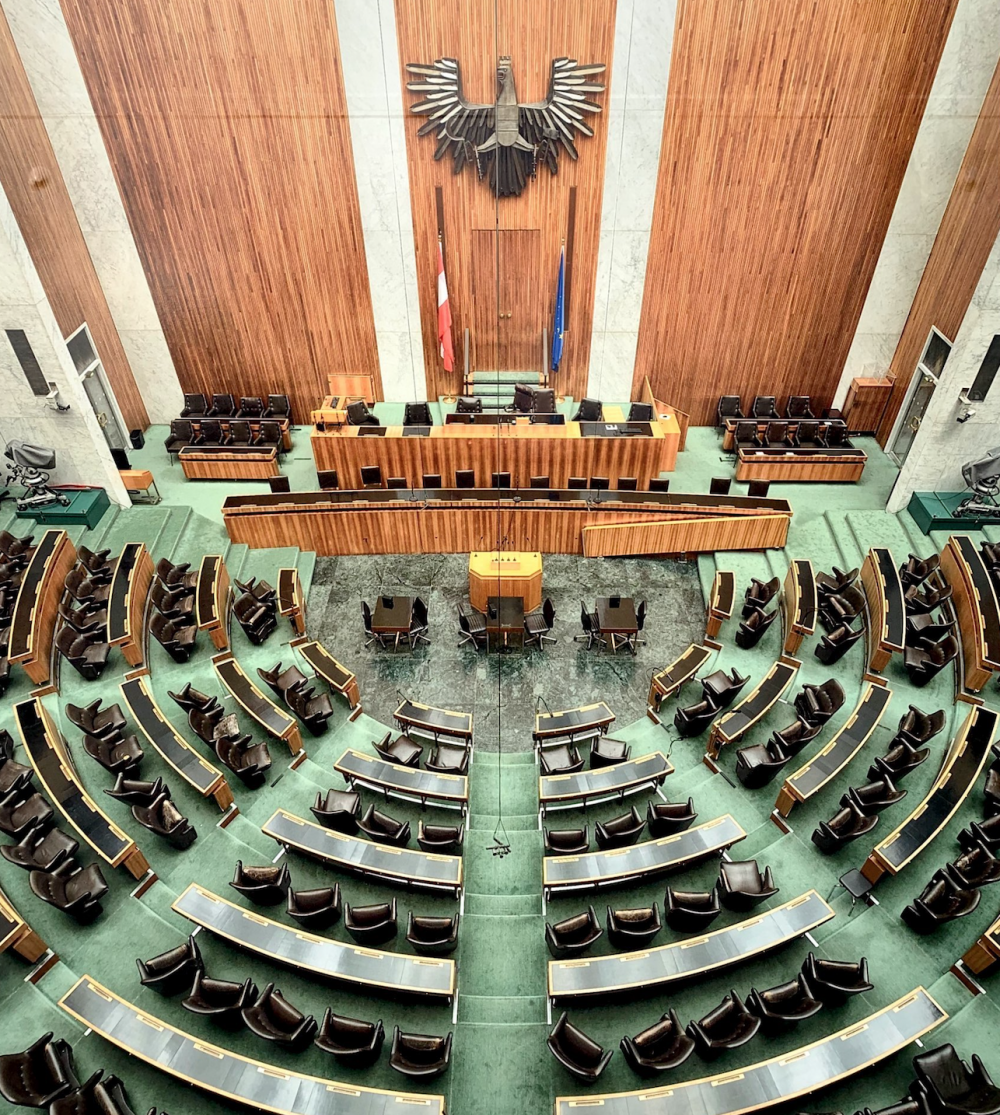 The renovation project is currently planned to be completed in the summer of 2021 with a total cost of 352 million euros. Interior components were first removed or demolished from the building with exception to historically significant walls and millwork that were properly protected before further construction. In addition to new committee rooms and a renovated assembly hall, a glass roof over the main hall and updated infrastructure are also planned to be constructed. The guide emphasized closing the gap between the Austrian government and the people, explaining the expanded visitor center and opening up the assembly hall to visitors. Interior renovations include additions of thousands of IT cables and utility lines. In total, the construction spans 15,00 square meters with 6 floors.

Similar to many other construction projects in Austria, the final design was chosen through an architecture competition, with 10 different architectural firms from all around Europe. The interior is modernized with exception to assembly halls with preserved historic walls. On the other hand, the exterior incorporates an antique greek style, representing democracy in Austria. The existing iconic statue is preserved, showing 4 god figures representing the 4 major rivers and promoting the idea of wisdom, victory in the parliament, and separation of powers. 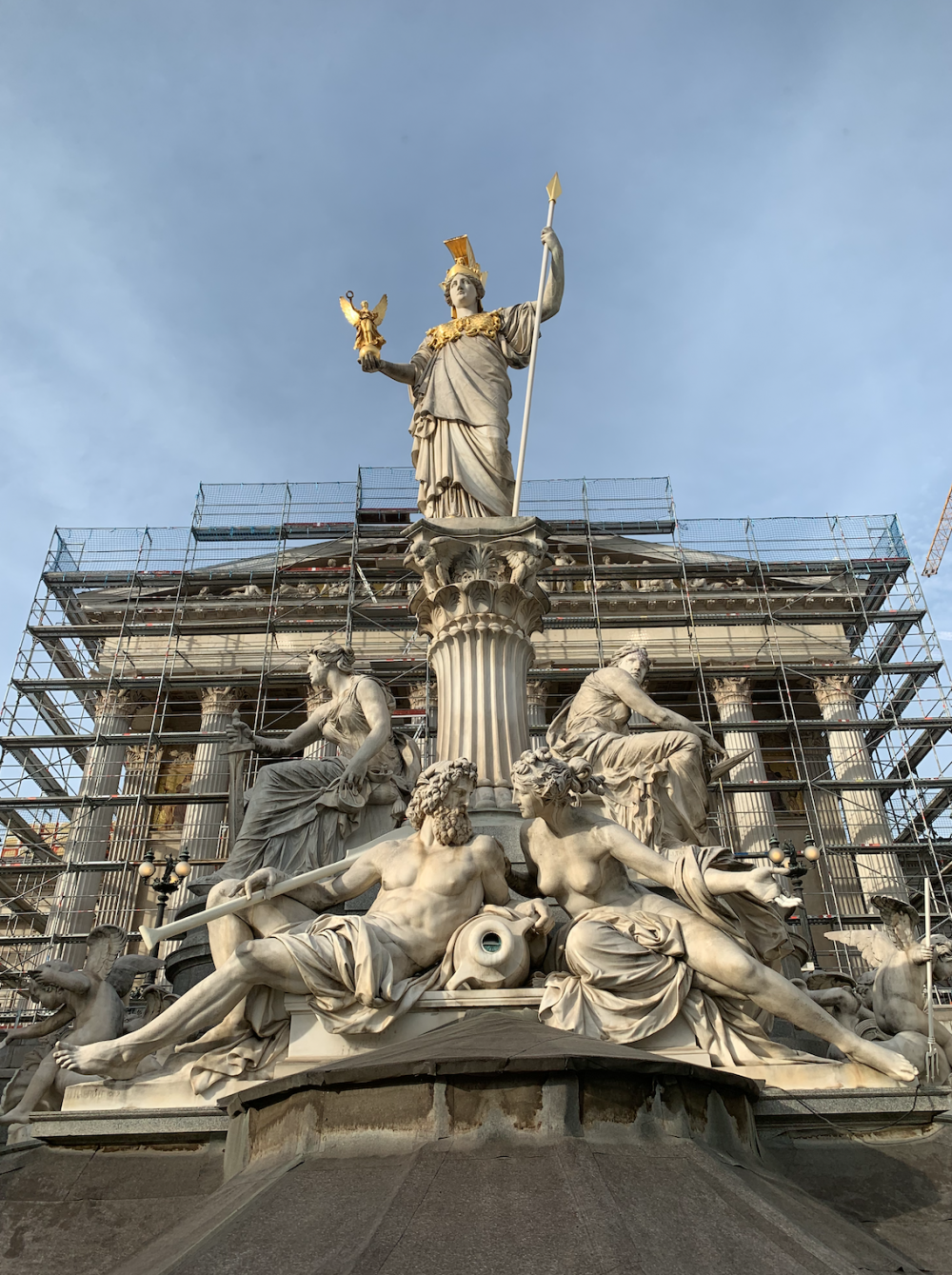 At the exhibition, a mock-up of the assembly hall was displayed with an interactive touch-screen controlling the 3D BIM, allowing visitors to visualize and navigate the finished space. This is consistent with the Austrian government’s commitment to transparency for its residents, showing the progress and future plan for the publicly funded project. 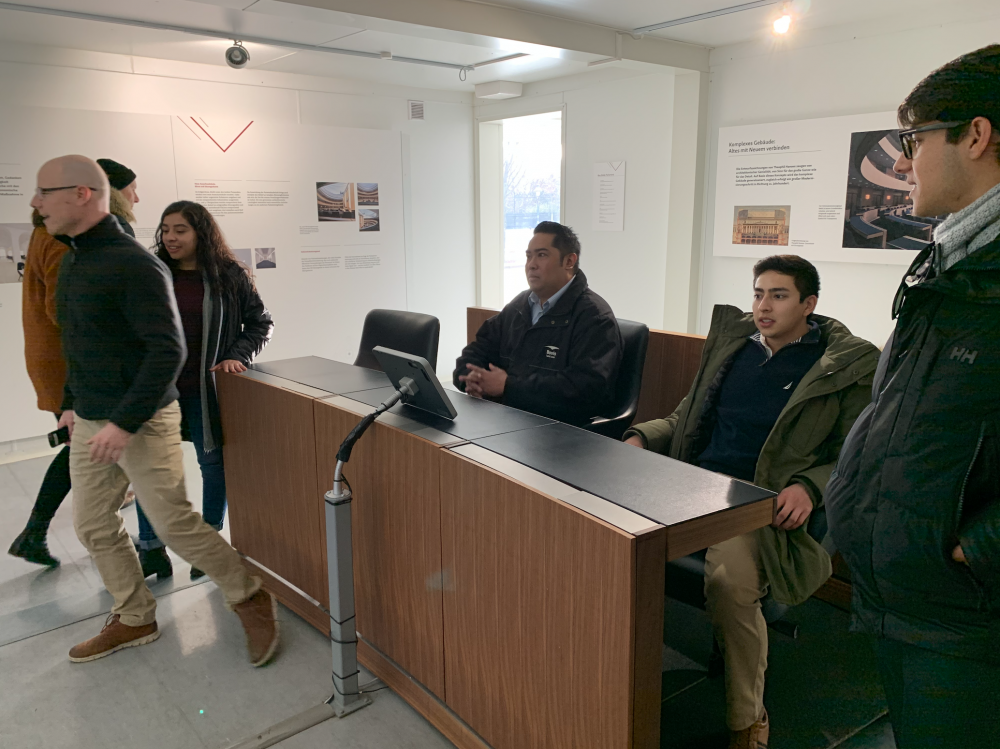 Overall, the Austrian parliament renovation project is not only an ambitious endeavor to modernize the government, but also a testament to the melting pot between the leaders and its people. Thank you to the Austrian Parliament project for the informative and insightful tour.