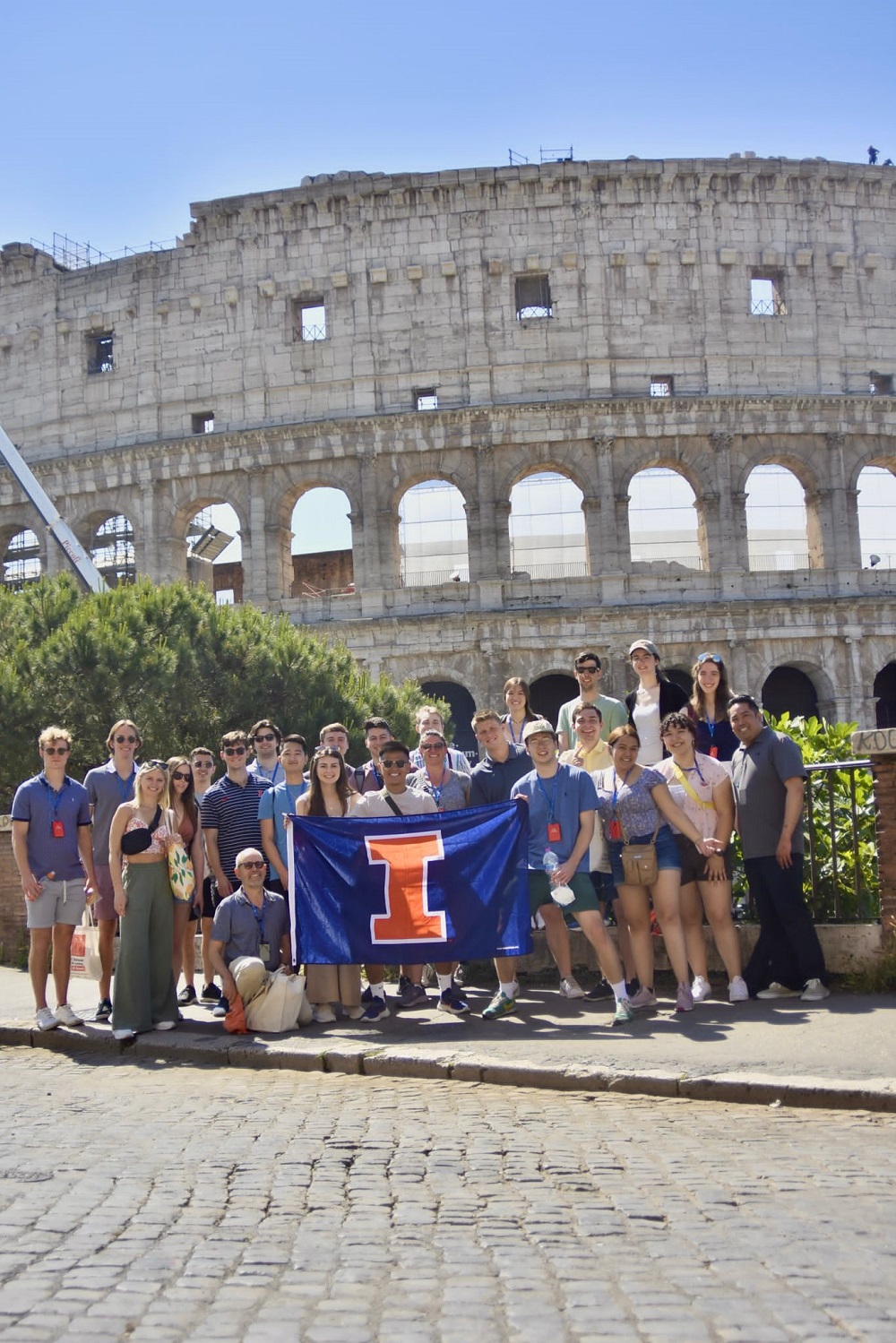 A lot of the historical components of the Colosseum have been preserved as best as possible. The original blocks shown have been preserved. These blocks are much darker due to the aging and wear of the blocks over a long period of time. Originally, these large blocks were anchored with J-hooks in order to stack the blocks. However, some restorations were necessary and were patched with masonry bricks that appear much lighter (since they are newer). The restorations are completed as minimally as possible so that the preserved material and infrastructure can shine and be prioritized. The exact sequence of how the Colosseum was built is somewhat unknown, but our guide theorized that the Colosseum could’ve been built in an alternating sequence split into quarters of rings, whilst working upwards. 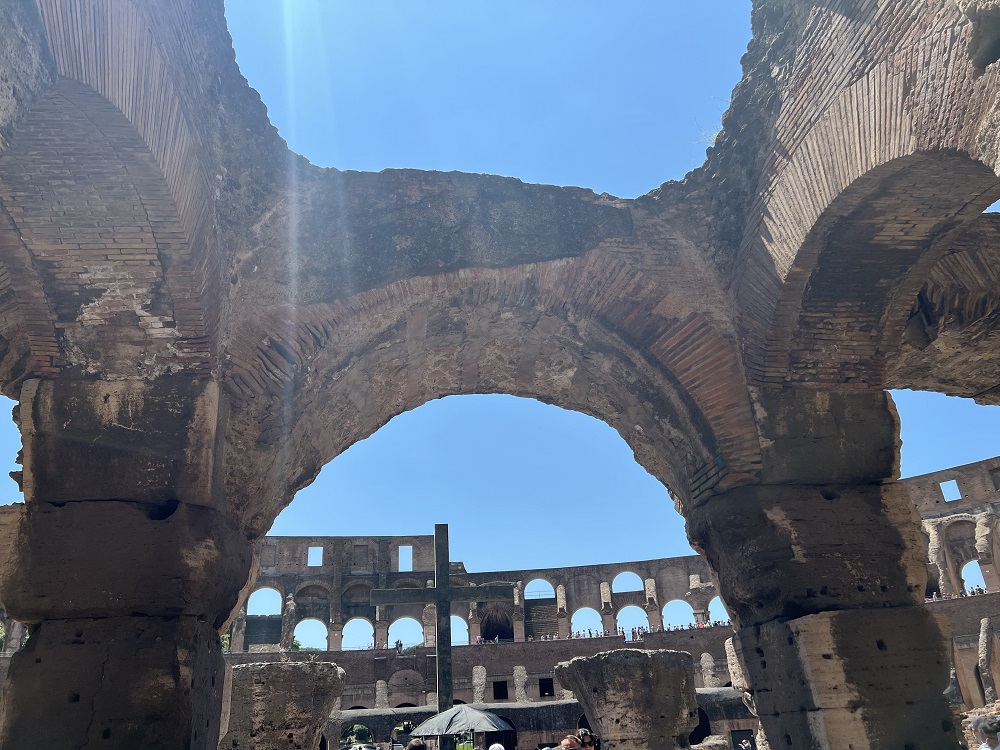 In the arena, the seats were divided by social classes. There were the senators and the emperor whom were assumed to be on the bottom, as close to the field as possible. Our guide theorized that the emperor would sit on the side on the middle of the arena on the first floor (similar to the 50-yard mark in American football) to get the best view, as well as to be able to speak in a centralized location when he needed to. The rest of the arena was split into the wealthy, then the working class and then the poor, as well as women on the top ring to be protected. The battlefield was also called the arena because of the Latin word “arena” which means sand. In fact, the first floor of the arena was covered in sand to soak up the blood of the fighting gladiators. The entertainment was free, so it is assumed that the blood and gore was very normal to people during this time. 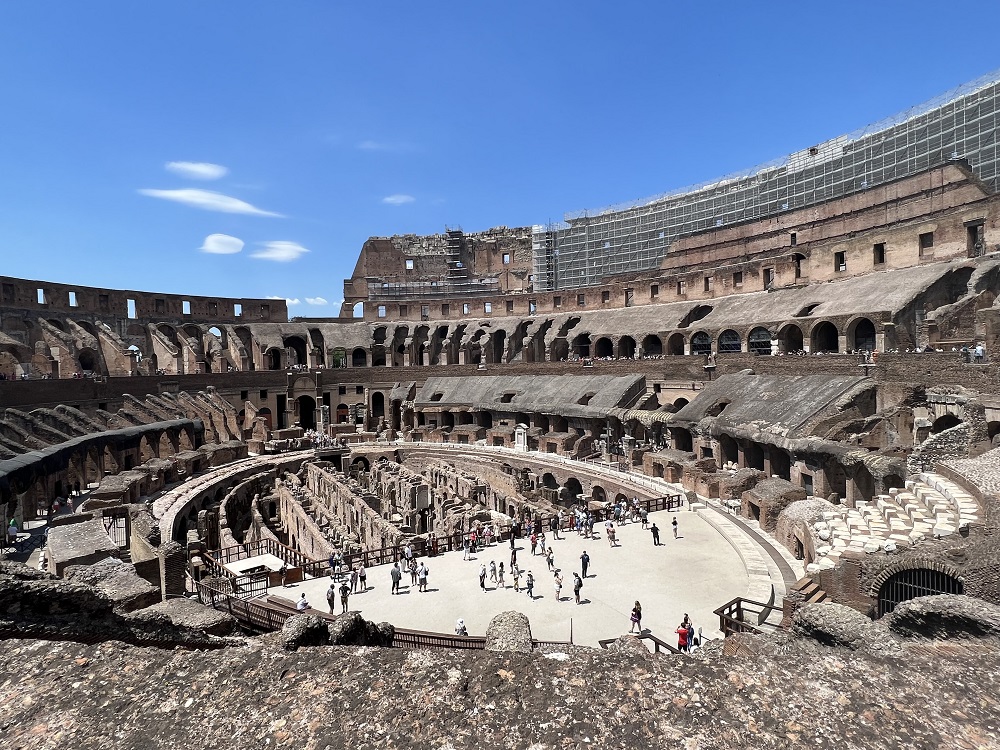 The first floor was also essentially made of a bunch of panels, and some were trap doors that could open. This allowed animals to rise out as a surprise to the gladiators from the basement. The basement is shown in the picture. The basement was also used as a large storage place for the animals and a lot of large machinery that may have been used for special effects. The gladiators fought with different types of spears, swords, and weapons. Gladiators typically were criminals and trained during the remainder of the year. They tended to be short and bulky for their fight. The gladiators fought for 430 years until Honorius ended the games permanently. 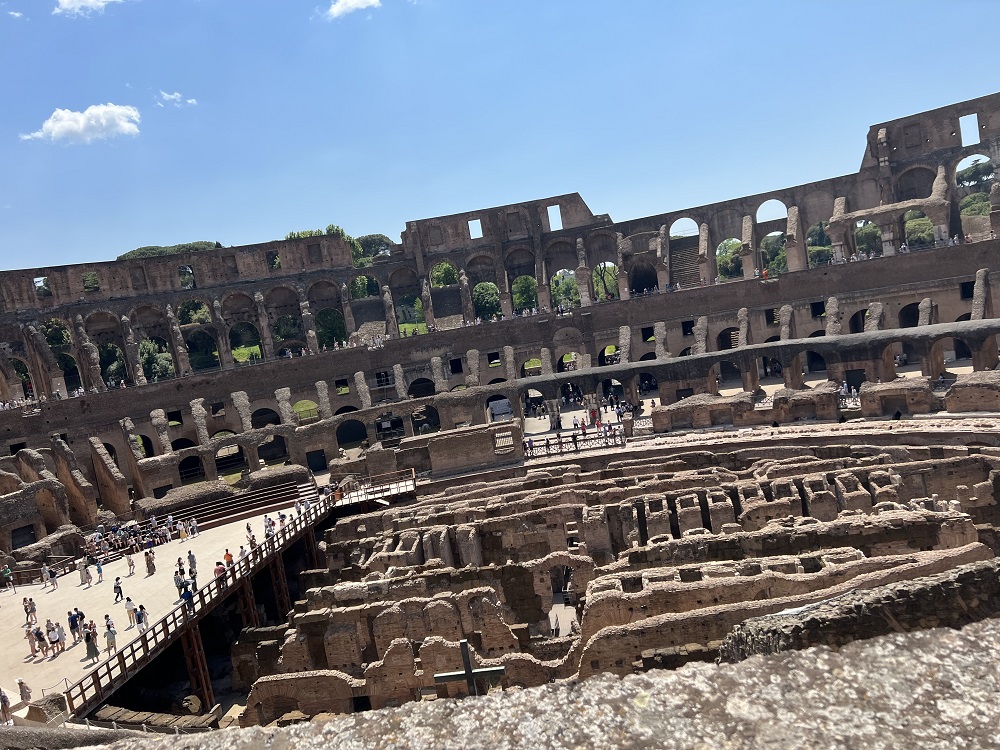