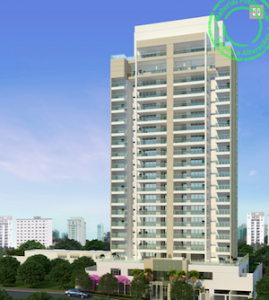 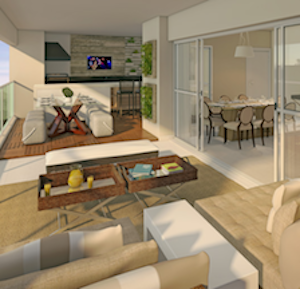 After a delicious lunch, our group headed over to a construction site developed and contracted by EZTEC.  Headed by the Project Engineer Daniel Gonçalvez, an 18 floor apartment building named Splendor Vila Mariana shall be completed by October of 2015.  EZTEC is a rising construction company that works on residential and office projects mainly in Sao Paulo with over 40 active sites in the area.  Mr. Gonçalvez graduated from Sao Paulo University in 2009 and is the head administration on the site.  He has two interns from a nearby university that will be working on the project until the end of construction.  EZTEC built an office, complete with showers, for its workers.  This office will be taken down a few months before the completion date. 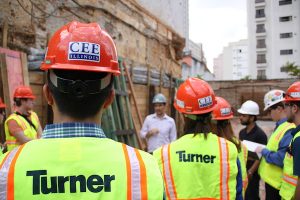 This twenty-four month project will result in a 2 story underground parking garage, 16 floors of apartments, and topped with a 2 story duplex.  There will also be 2 pools on the main floor, one indoor and heated, and one outdoor.  A third pool will be private for the owners of the duplex.  A sports court and pet park are also available for the residents.  Each of the apartments, 2 per floor, have already been sold for $1 million and the duplex was sold for $3 million.  The entire project will be made with reinforced concrete using one small crane and reusable prefabricated formwork.  The formwork made will be used until the very end of the project with exception to the duplex.  As of now, the foundations have been completed and the formwork is being placed.  Concrete should start to be poured by next Tuesday.  If the project stays on schedule, Mr. Gonçalvez believes, after the first floor, each other floor should take about a week to erect.  When the project nears completion, the owners of the apartments will be able to come in and help create the final punch list for their individual apartments.  Each owner is also allowed to choose between a barbecue area and a spa. 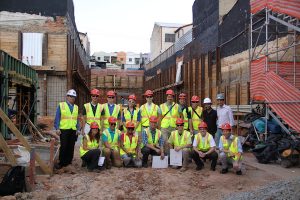 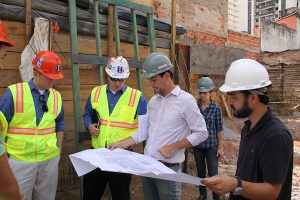 An interesting part of this jobsite is that the borders are shared with the neighbors as the site used to be tightly packed houses.  The land took about 2 years to acquire from these prior residents.  One neighbor’s house was actually 27in over its property line causing the house to be shaved to the line and a new wall was built.  Other neighbors had problems where an exterior wall was not properly formed.  This caused the bordering walls to crumble.  Some walls were repaired and many were boarded for safety.

The workers on this project are all subcontracted.  Many of the workers have a long commute to arrive at the site promptly at 7am.  Weather is not an important issue for these workers, but holidays are.  These workers receive special days off for events such as carnivals, the World cup, and the June harvest party.  These workers’ safety is managed by the Worker’s Union.  If a worker complains about an issue on the site, the union will come down to check out the area. 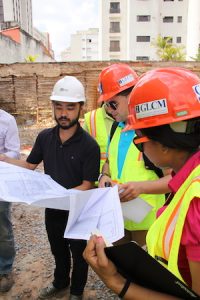 We ended our tour with a visit to the temporary office.