The Parco della Musica Auditorium was masterfully designed by renowned architect Renzo Piano. As a part of Rome’s efforts to enhance its modernity, the auditorium was constructed between 1994 and 2002. Nestled between the Tiber river and several high-end neighborhoods, the construction of the auditorium served as a strong boost of entertainment value to the area. 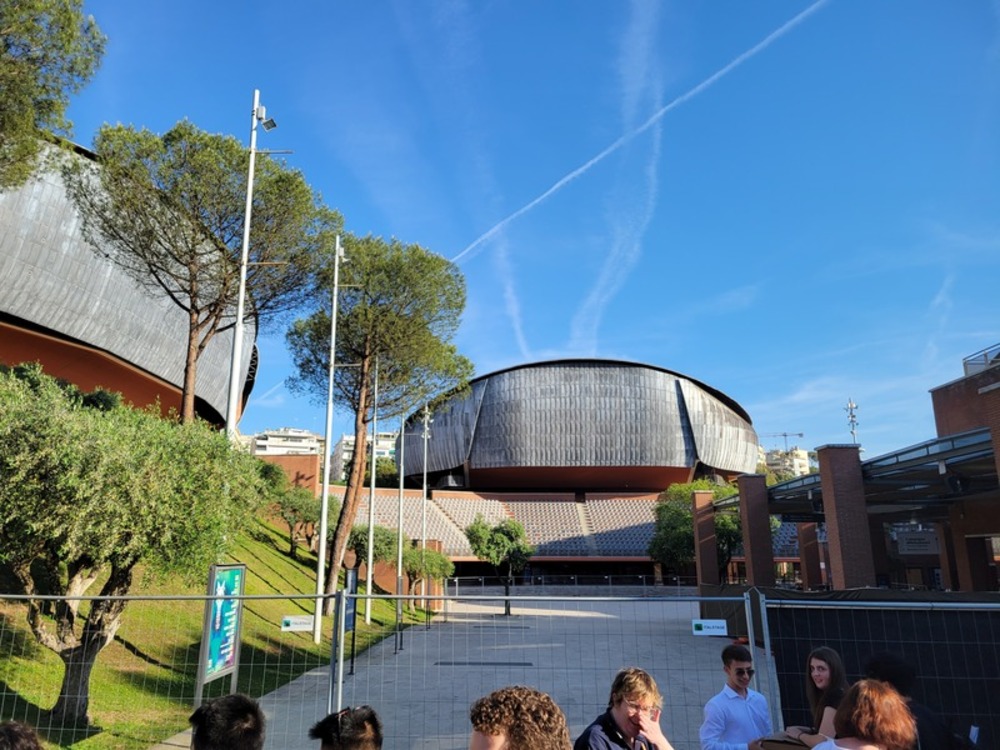 Renzo Piano list of accolades as an architect is no less astounding than the beautiful projects he creates. His most notable contributions include the Centre George’s Pompidou in Paris, and The Shard of London. Piano’s interest in technology and modern solutions to architectural problems is evident in all of his designs, although he began to take increasing account of the structure’s context as his work has evolved. Piano’s influence can be seen globally in over 15 countries. 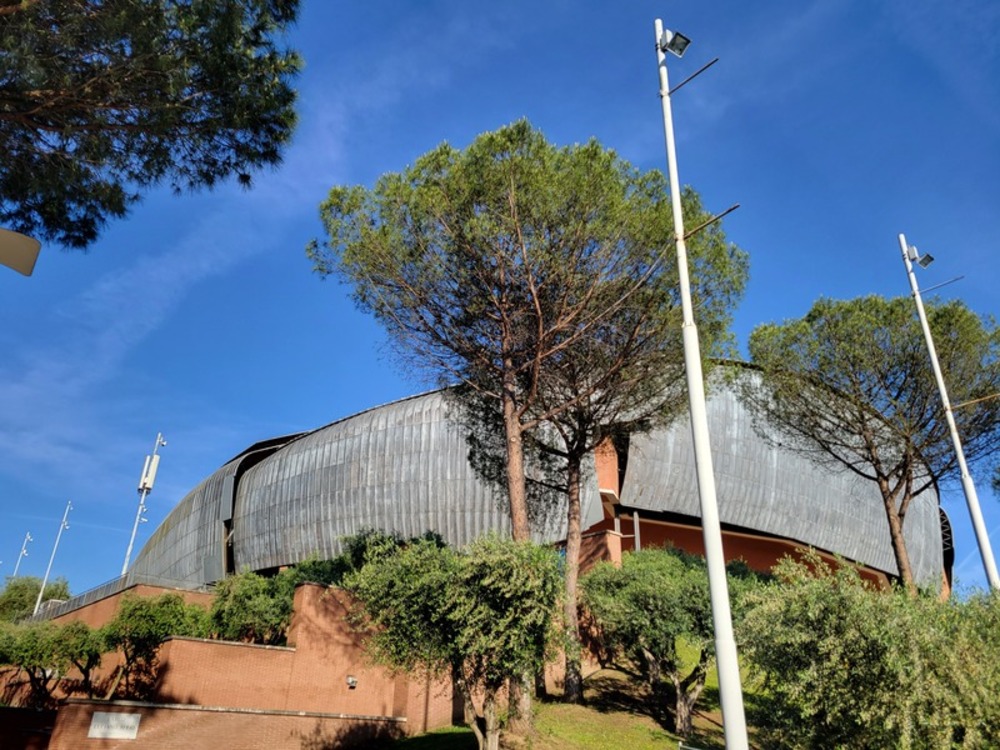 For the auditorium project, Piano’s vision came to fruition as a multipurpose complex made of 3 “music boxes” of various capacities and features. Additionally, an outdoor amphitheater with a capacity of 3000 spectators spans the valley between each auditorium. The scale of this project was extreme, especially when considering the densely packed nature of Rome’s historic center. The surrounding area is home to the Olympic villa, built for the 1960 olympic games, and the Flaminio stadium by famous architect Pierluigi Nervi. Thanks to these neighboring facilities, the site location has the advantage of managing large groups of people. The construction process did not come without its setbacks, as building new facilities in Rome’s historic areas is often a difficult task. During excavation of the site, remnants of a villa were found a few meters below the soil. This setback cost the project a few years, as the archeology team worked diligently to preserve the findings. Today, visitors can explore an exhibit displaying the villa models and other archeological pieces found during the preservation process. 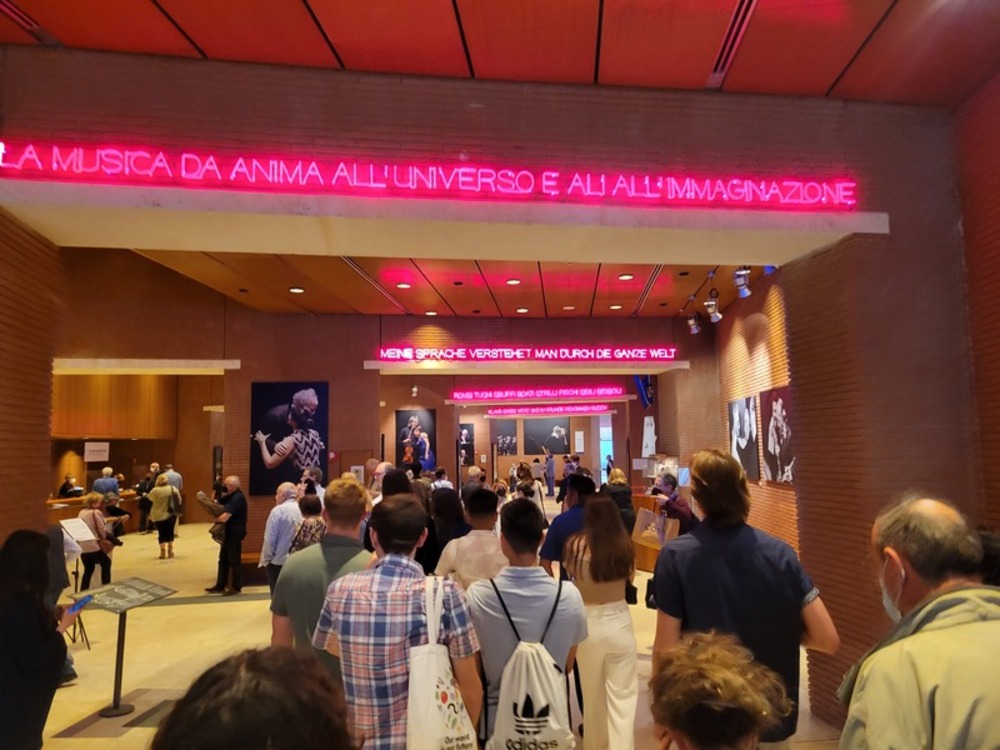 The auditoriums themselves were constructed as simple large masonry boxes. However, the iconic roof and building façade involved some more ingenuity and creative design. The roof has lead cladding which sits upon a structure of laminated wood beams and steel ribs. The amoeba shape provides contrast to the strict geometry of the interior design. Additionally, a soft covering along the amoeba helped mitigate the issue of sound interference of wind and weather on the lead roof. 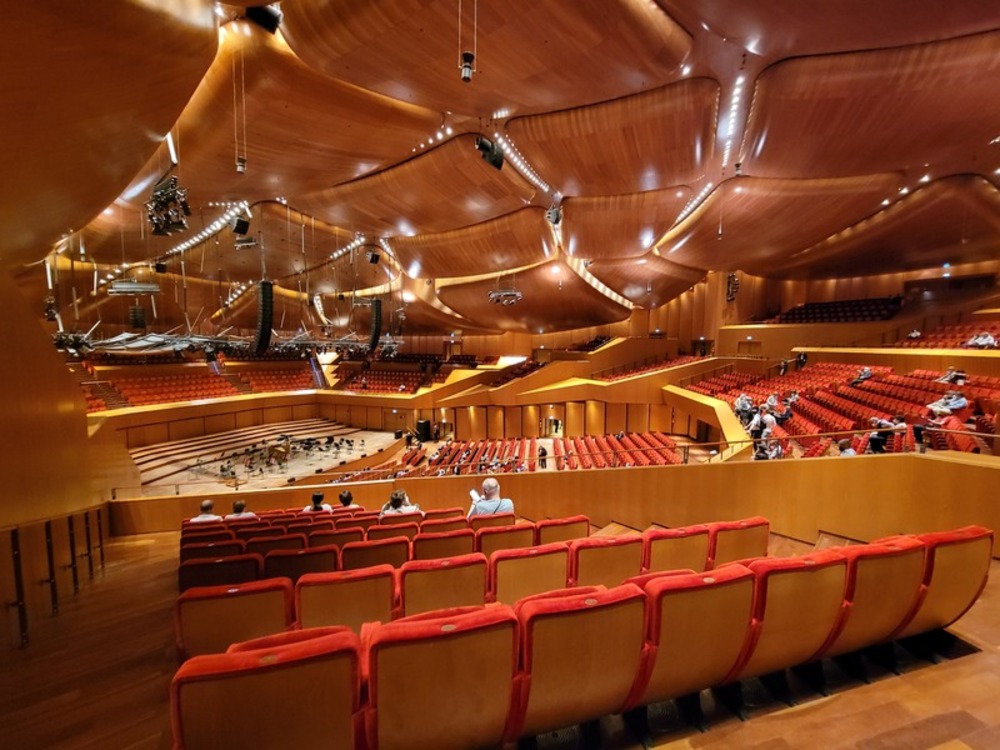 In the largest auditorium, the GLCM students attended a concerto with soloist Vittorio Gassman. This grand auditorium consisted of two levels of fully orbital red velvet seats, and a stage that protruded into the center of the space. From the ceiling hung fascinating wooden “cushions” of warped wood, used to break up the sound as it extends to the ceiling. These cushions provided a sleek contrast to the deep red sea of seats. For the concert, the GLCM program did not hesitate to step out in their most fashionable modern clothing. With the ladies wearing vibrant dresses, and the men with dapper button downs, the ambiance and energy of the ensemble was unmatched. A two half performance of classical orchestra was a perfect end to a long day for the GLCM students. 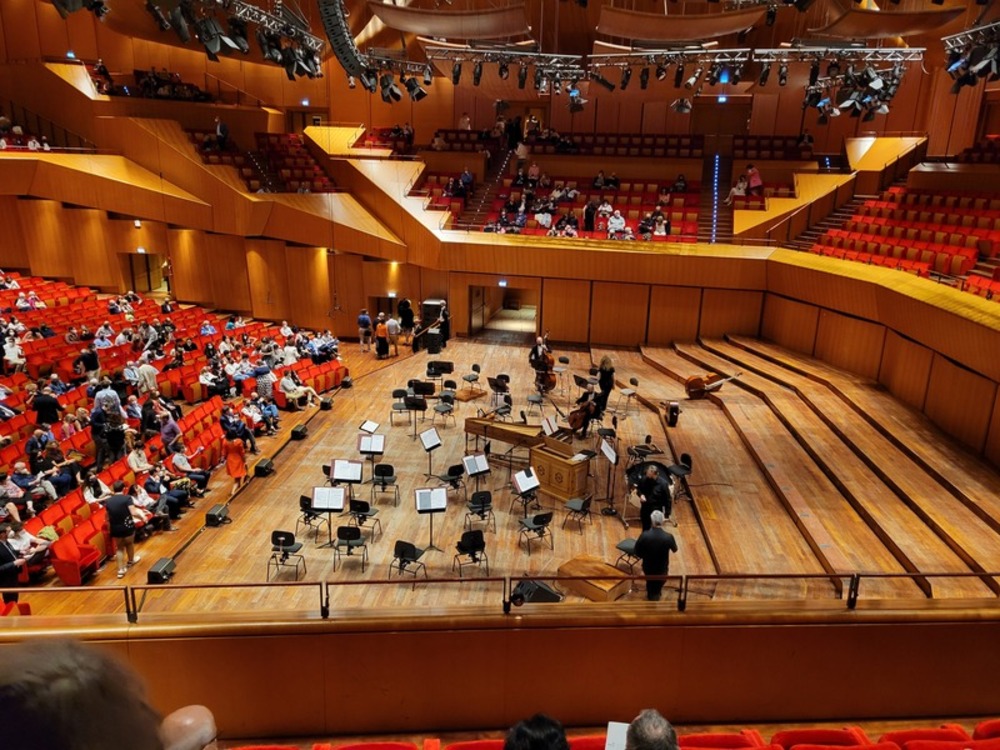