The group ended the night with the Welcome Dinner to celebrate arriving and the first completed day in Vienna, Austria! The restaurant was only a short metro ride away from the departure point from the last site visit of the night. Although some of the group is getting the hang of the Vienna Public Transport, it was very still helpful to have our awesome tour guide Michela from CEPA Europe Tours to make sure we made it on time for our reservation. 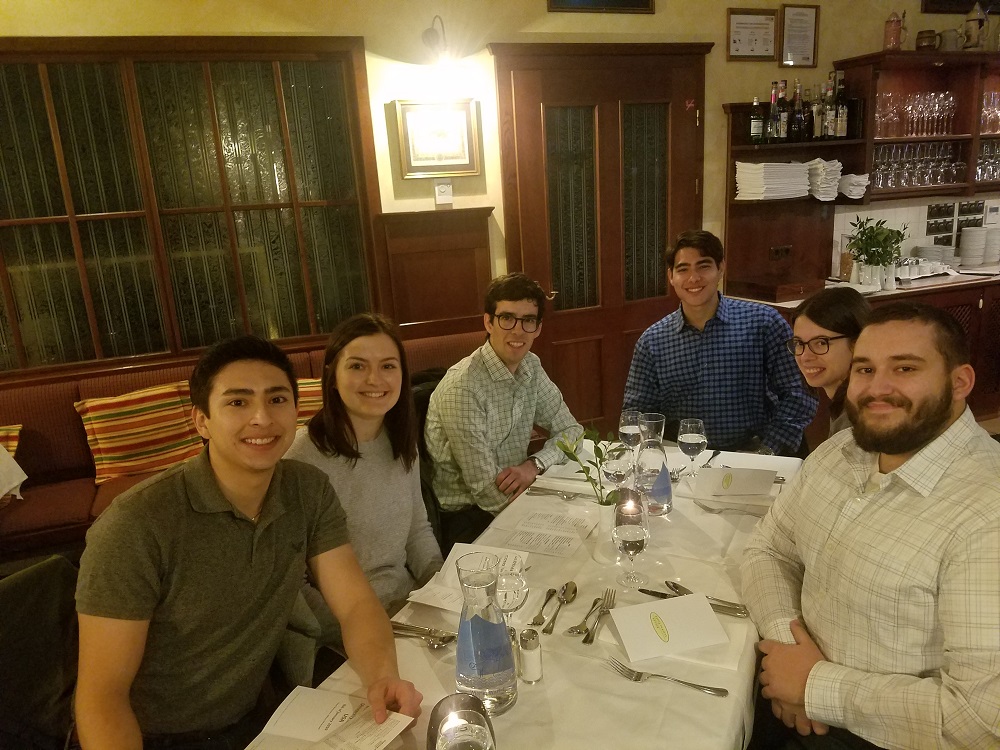 The dinner took place at Wiener Wirtschaft Restaurant. Upon arrival, the group was greeted by the friendly staff (which spoke English making it a lot easier on our tour guide), and were seated at a long table. The group debriefed after an exciting and long day about the unique projects we had seen today and observations made about the city throughout the day. The group also shared stories about their holidays and their flights to Europe. 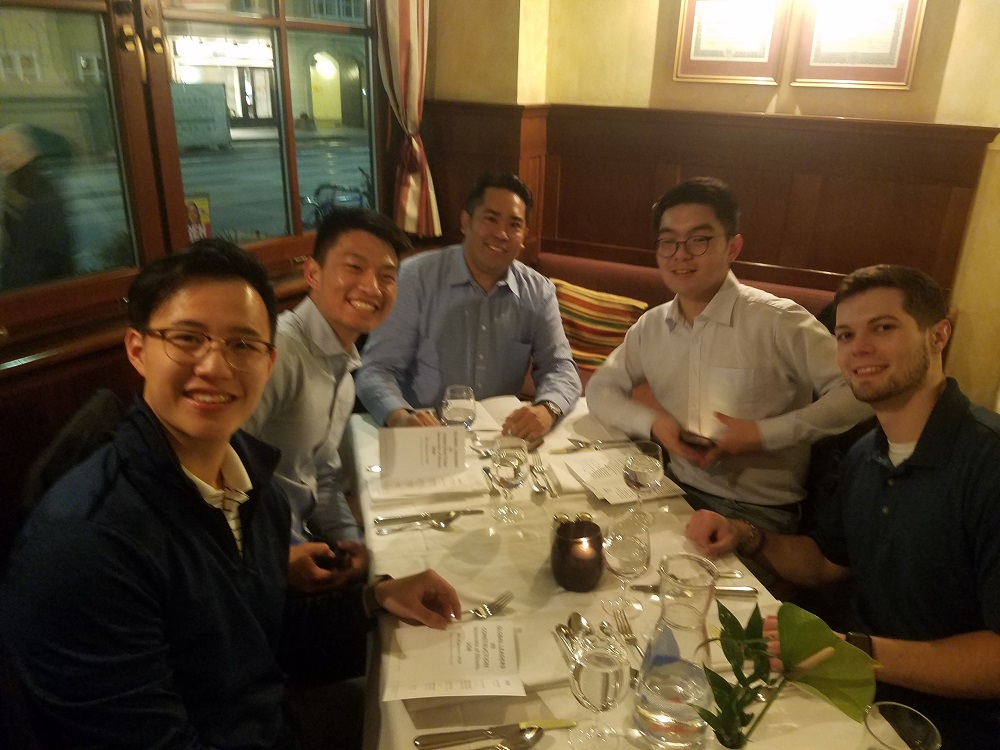 At the dinner, the Global Leaders were able to choose a three-course dinner from a pre-selected menu which included traditional Austrian dinners. The menu even had a welcome page for the group. The first course was a choice between a beef broth and a salsify cream soup. Both were great choices for starters, as the group had been outside a majority of the day touring the sites, on the metro, and walking around the city. Although we all have been through the tough winters of Champaign, we are not sure anyone ever gets truly used to the cold. 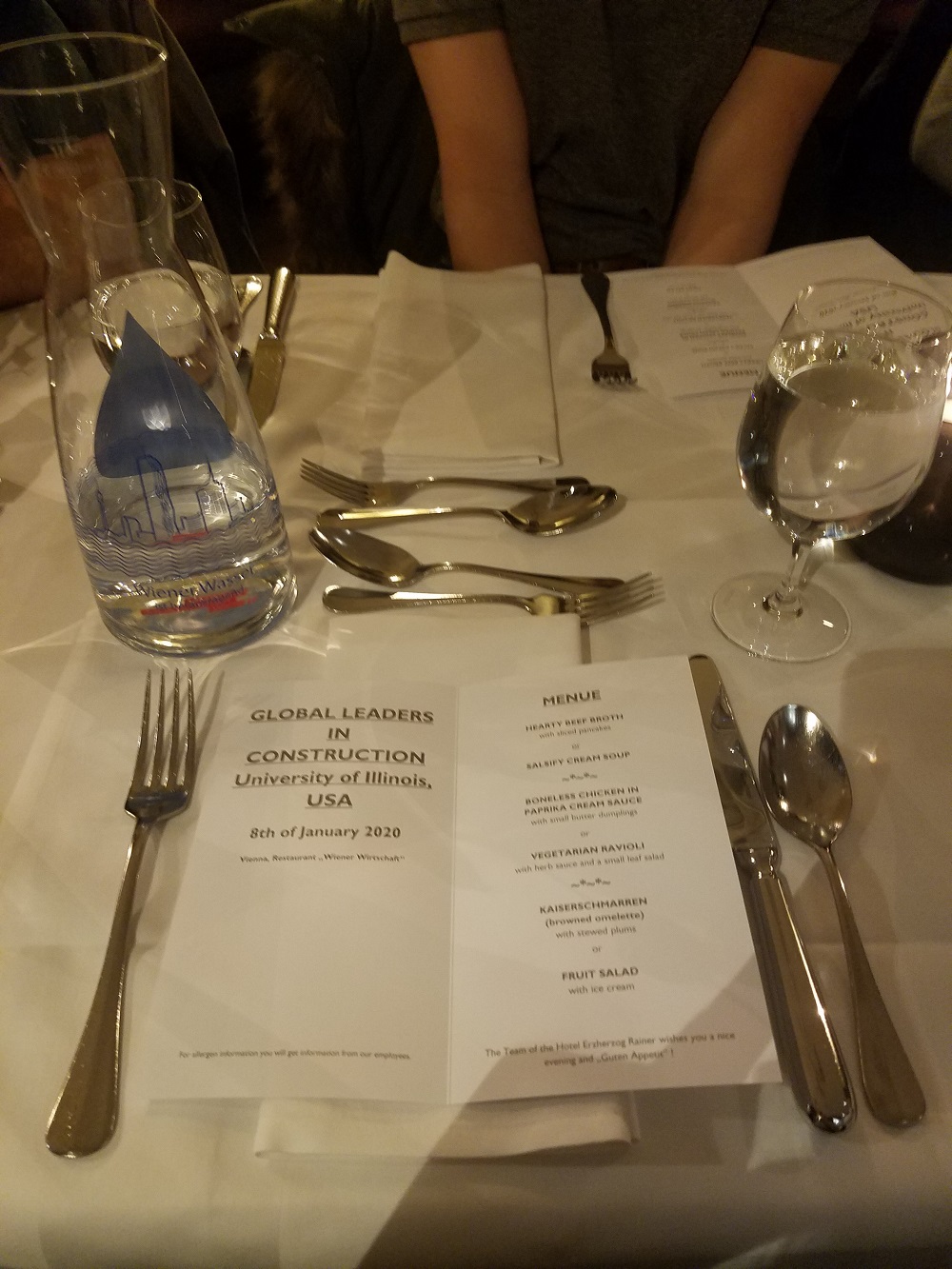 The second-course options were boneless chicken in paprika cream sauce or ravioli in herb sauce with a leaf salad. Everyone seemed very satisfied with their main course dinner and some so much that they forgot to leave room for dessert. But for those who did they were treated with the choice of Kaiserschmarren or Fruit Salad with Ice Cream. The desserts contrasted each other, one was a spinoff of pancakes and a plum sauce, while the fruit salad with ice cream was self-explanatory, it did contain a contrast of sour berries and sweet coconut ice cream. Although both delicious, the Kaiserschmarren was the most filling of the two by far. 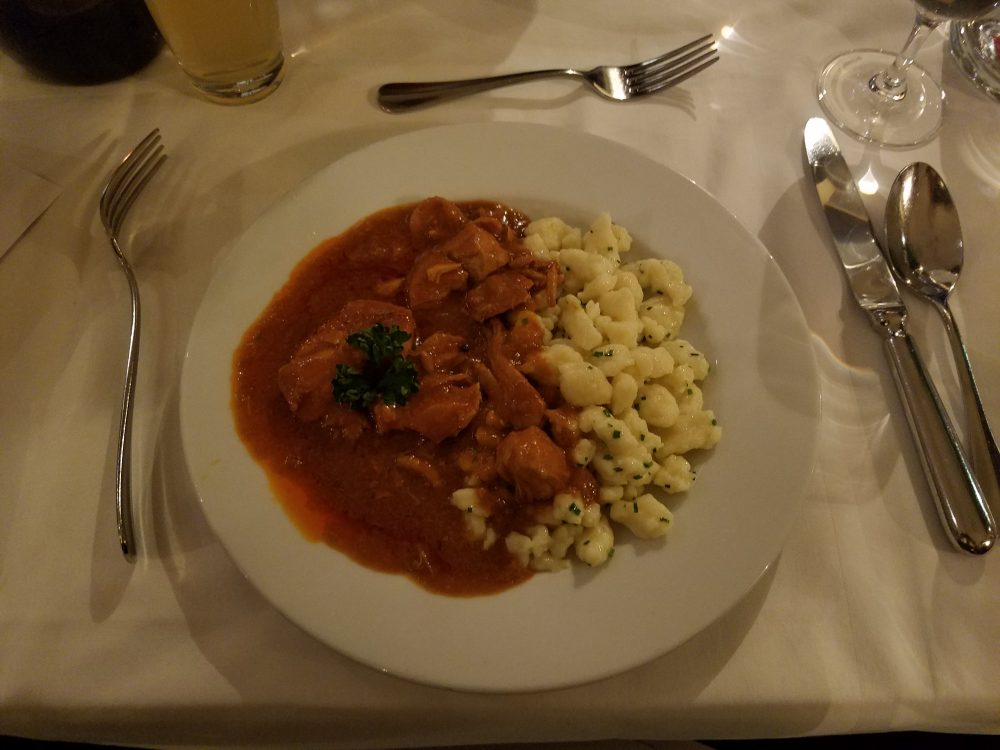 After the dinner was finished, Michela guided us back to our hotel on the metro to rest up before another day of office visits tomorrow. The group needs it after a day full of walking, presentations, and worst of all, some have fallen victim to jet lag. Despite, the fatigue, it was obvious that everyone was very excited to arrive and kick things off.