On Monday, March 16, 2022, the GLCM students and other CEE students met a O’Hare airport at approximately 3:00 pm. It was a beautiful Chicago day – 60 degrees without a cloud in the sky. O’Hare was luckily not relatively busy, and everyone had a seamless transition through TSA. After we all greeted each other, several of us reconvened at a nearby food establishment to satisfy our appetite before a 9-hour plane ride. We stumbled upon a UIUC logo, which is featured in the picture below. 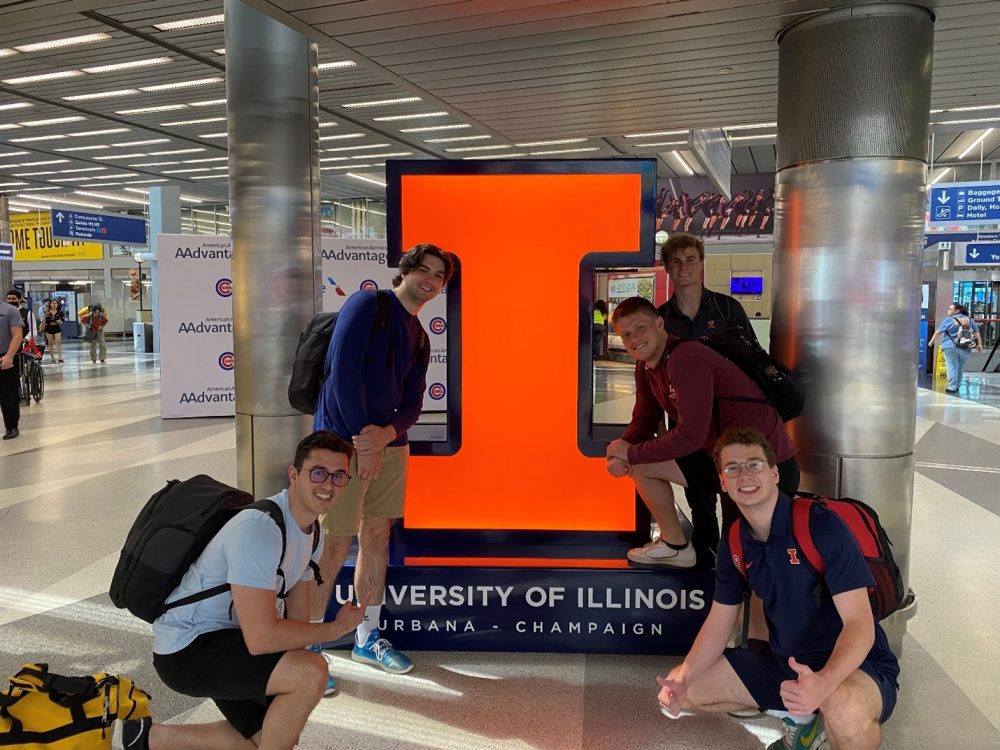 After we ate, it was time to board the plane at 4:10 pm. The plane departed right on time at 4:55 pm. The flight was impressively smooth and went by quicker than we all thought it would. There is a 7-hour time difference between Chicago and Rome. We arrived in the Rome airport at about 9:00 am and took a shuttle train to baggage claim. Everybody received their luggage in a timely fashion. The weather was 87 degrees and sunny. 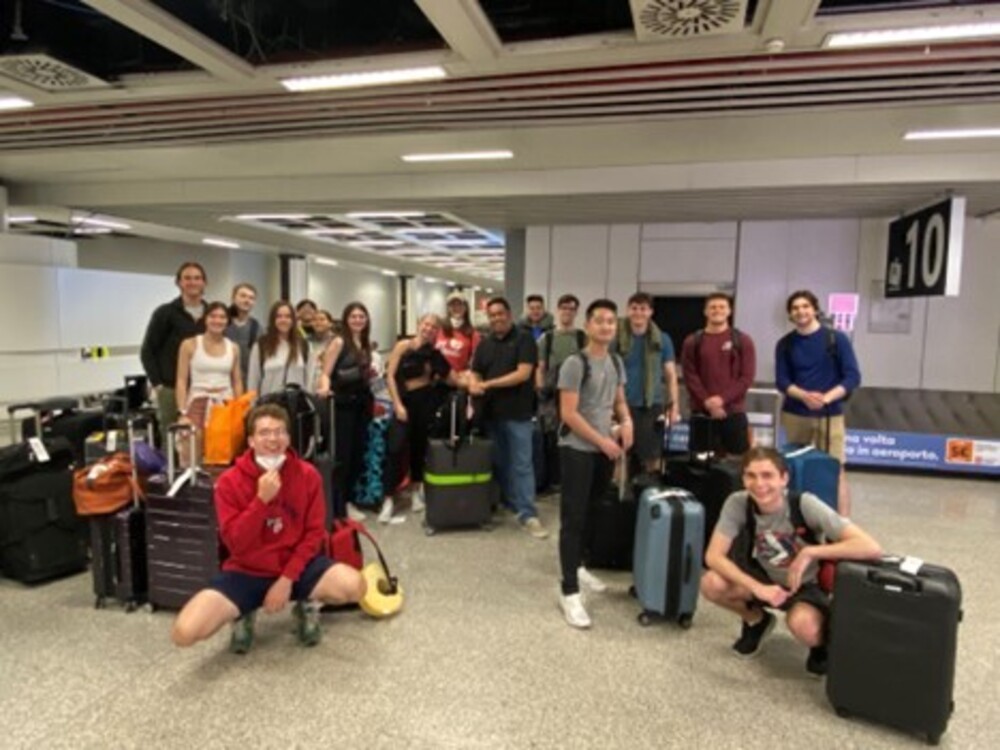 Shortly after, we took separate shuttles to our respective apartments. The drive was about 1-hour and included pretty scenery and a view of the city of Rome and the outskirt of the Vatican. Once, we arrived the apartment, we were greeted by a lady in charge of our housing. The program that is sponsoring us is called Gustolab International. They have been running U of I study abroad trips for many years. Following the housing orientation, we headed off to meet the rest of the group at Borromini Institute. 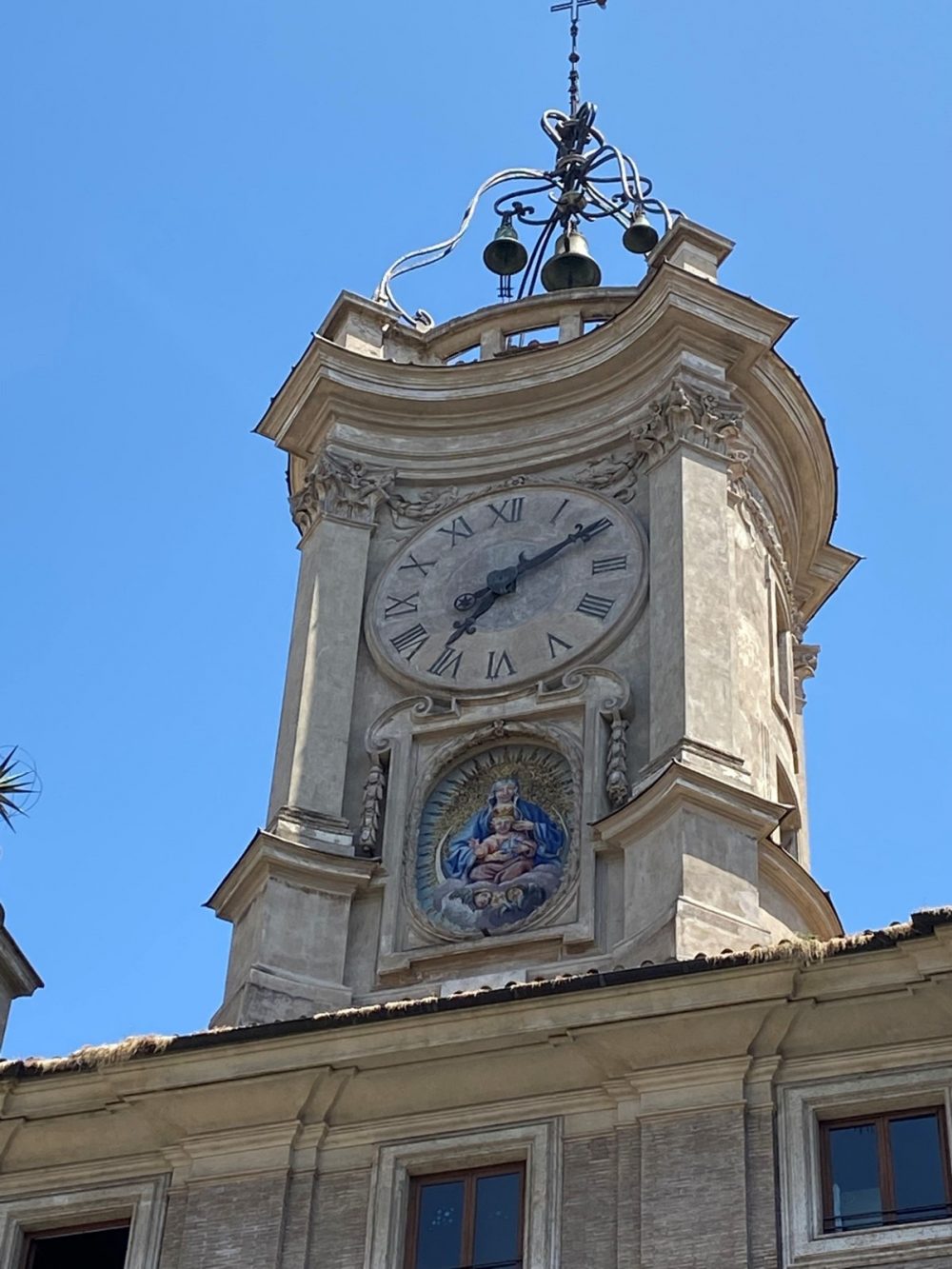