The GLCM group took a day trip to Chicago on Friday April 1, 2022 to visit two sites managed by ARCO Murray. We were led by Collin, Santiago, and Henry from the ARCO Murray team. The first site is commonly known as “The Terminal”, and it plans to be a 250,000 square foot set of buildings to accommodate office space and new laboratories. The site is located in West Humboldt Park and is being developed by IBT Group, with other contributing parties like Mansueto Office for funding and MacRostie for Historic Advising.

Upon completion, the site will have 3 finished buildings (named A, B, C), mostly 2 story refurbished buildings. ARCO has divided the work into 3 phases (named 1, 2, 3), and current progress is in Phase 1. Phase 1 work includes a majority of Building A and is mostly putting the necessary time into the shell and core of the building to be a semi-warm, half-dark shell for future tenants. Phase 2 work incorporates the sitework for the entire property, including a large courtyard area between the 3 buildings. Phase 3 work includes the ‘white-boxing’ of the other two buildings, B&C on the site. 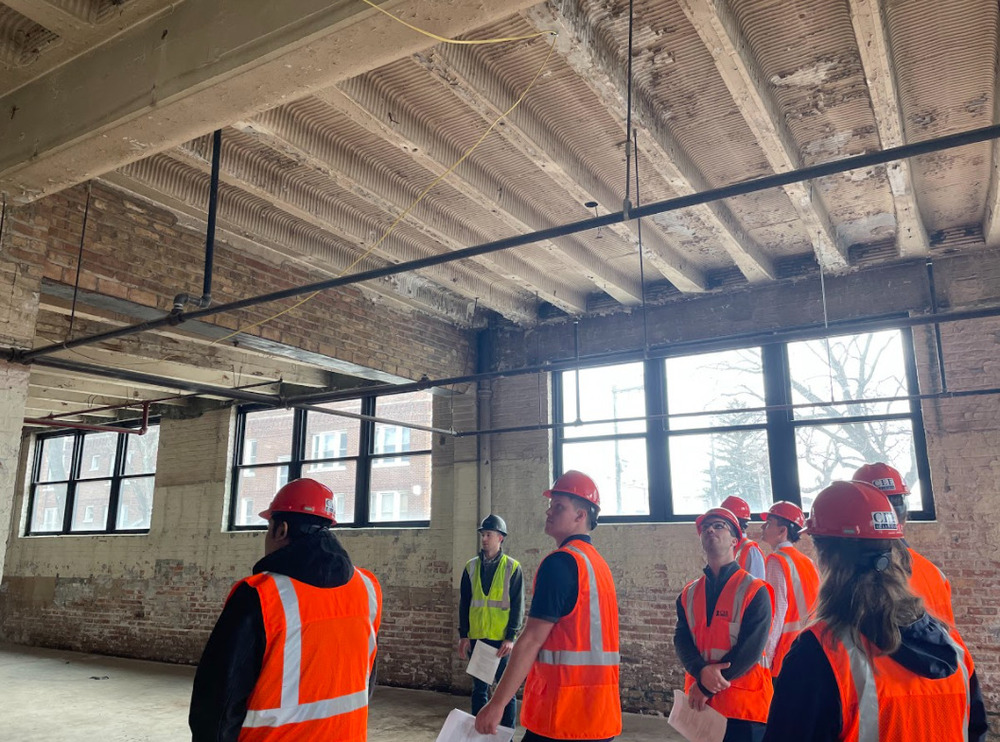 The building history is long and has many phases. The site was home to the Pyle-National Company Plant, originally an electrical / light company producing steam locomotives and other heavy machinery, dating back to the original building year of 1916. This plant came to life after Congress passed a bill in 1915 that all locomotives were required to have electric headlights moving on, and Pyle-National was ahead of the crowd. The 3 original buildings were designed by architecture firm Davidson and Weiss and served as the only production plant until 1963. The factory was used until 1992. These buildings saw more than a dozen renovations and additions over the 76 year span of Pyle-National. S. Stein & Company Furniture acquired the buildings and rented space to multiple auto body shops and recycling companies until it was acquired by IBT Group, LLC. The plan was then added to the National Register of Historic Places on January 19, 2021. 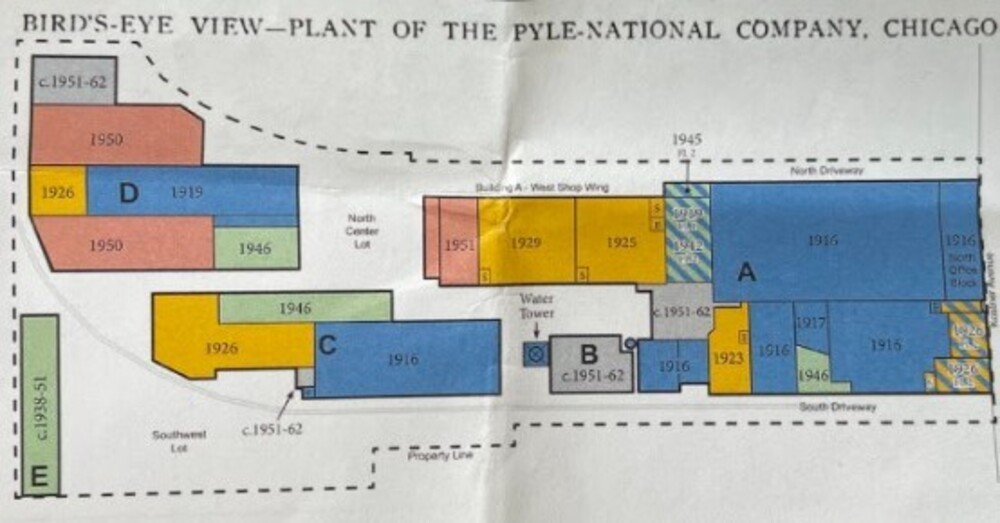 The project has seen a multitude of challenges, such as previous illegal construction by previous illegal tenants. Due to the building’s age, a lot of the structural and architectural details were unserviceable, requiring in-kind replacement. This was especially a challenge for certain sized timber beams, which needed to be replaced exactly as they were, but this old size is no longer commonly produced. Existing structures like a water tower and chimney exist on site and cannot be removed, leading to changes in design and construction planning to accommodate.

The largest challenge stems from the Historic Tax Credit status of the job, which allows the owner to save a considerable amount of money. The tax credit requires the building to be restored as it previously was, including the windows to be historic, the structural elements to be replaced in-kind, specific window styles with historic-style mullions, and much more. Each submittal for any construction must be approved by the national park service, since it is a historic building. From its old age, other issues arise, such as lead paint and asbestos removal. This process is tedious, difficult, and dangerous if done incorrectly.

One interesting component of the building was a water meter used to detect large quantities of excess water, since the site has its own private fire hydrants. The original design and plan did not include the large water meter, costing almost $50k with a large lead time, but the inspector wanted to see it installed for emergency situations. The ARCO team talked about how they were willing to challenge the requirement since it was not required by city code, but decided to install it to keep the inspector satisfied with the project for future inspections.

Thankfully the experienced ARCO Murray team is doing a great job at restoring the building, providing much needed space in the area for offices, and future life science laboratories. Thank you to ARCO Murray and the rest of the site team for allowing us to tour the building and see the historic preservation and restoration first hand! 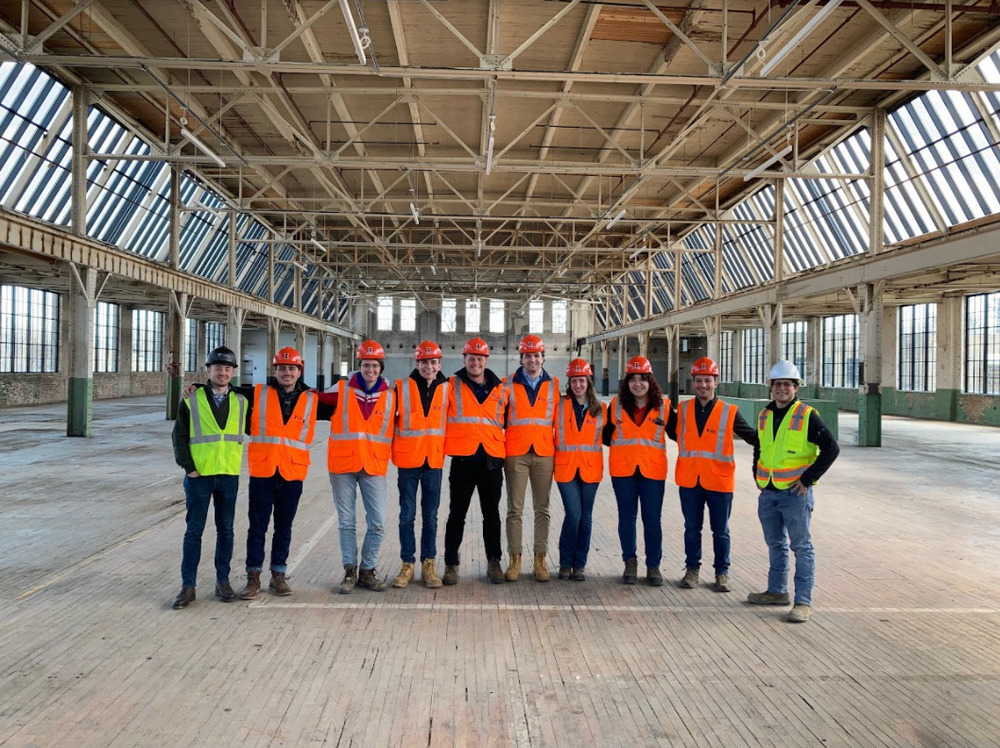