This marks the first site visit for the GLCM program on the winter trip in Vienna. To start off the first full day in Vienna, the global leaders went to visit the Wien Museum Restoration Project. This municipal project is publicly funded and has a budget from the city government of approximately 108 million euro (~$125 million). The timeline for this project is to be open by Fall 2023. We were given a presentation by Museum Director (and former UIUC professor) Matti Bunzl and Kristov (project site superintendent). 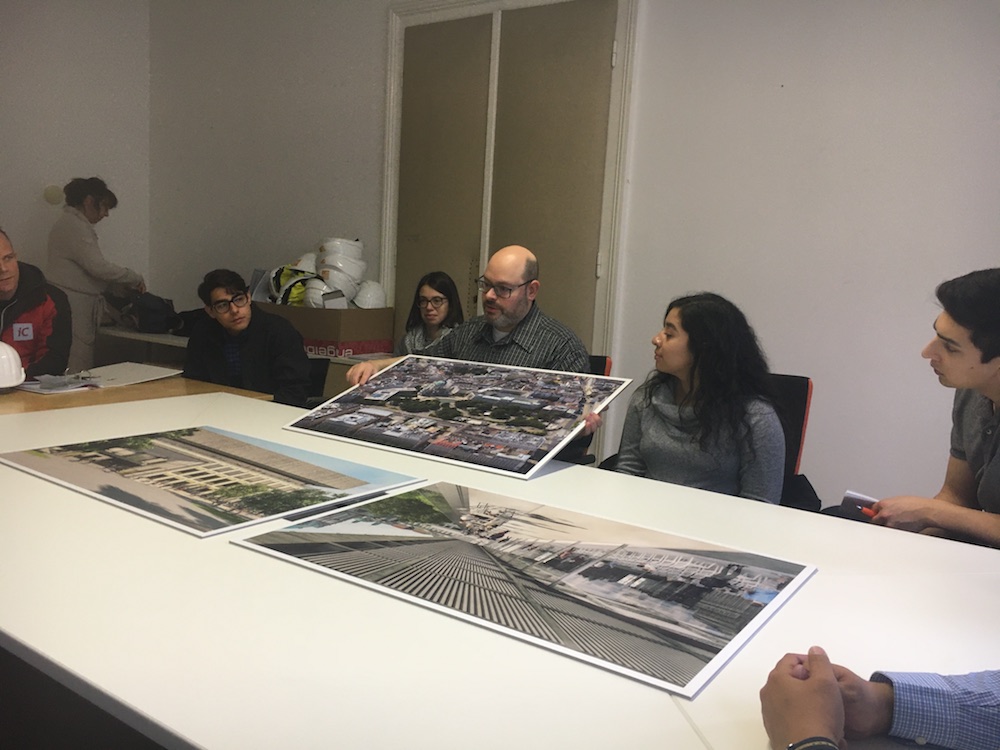 This particular institution come from imperial collections and belongs to the emperor whereas most museums in Vienna are federal institutions. The creation of the institution is from 1887 and the existing building is from the 1950s. Before this, the actual location of the museum was at their City Hall. In the 1950s, they decided to create a separate museum building that was constructed from 1952-1959.

Then began a discussion on what to do with the museum 10 years ago, which was made clear that the museum needed an overhaul. They discussed two options: (1) raze the building and build a new one or (2) use the building but move the museum to a separate location. The final decision was to stay at the location, renovate the facility, and create an expansion. The current project is the second expansion of the facility because the current glass structure was an addition made in 2000 where the open courtyard was changed to an atrium. 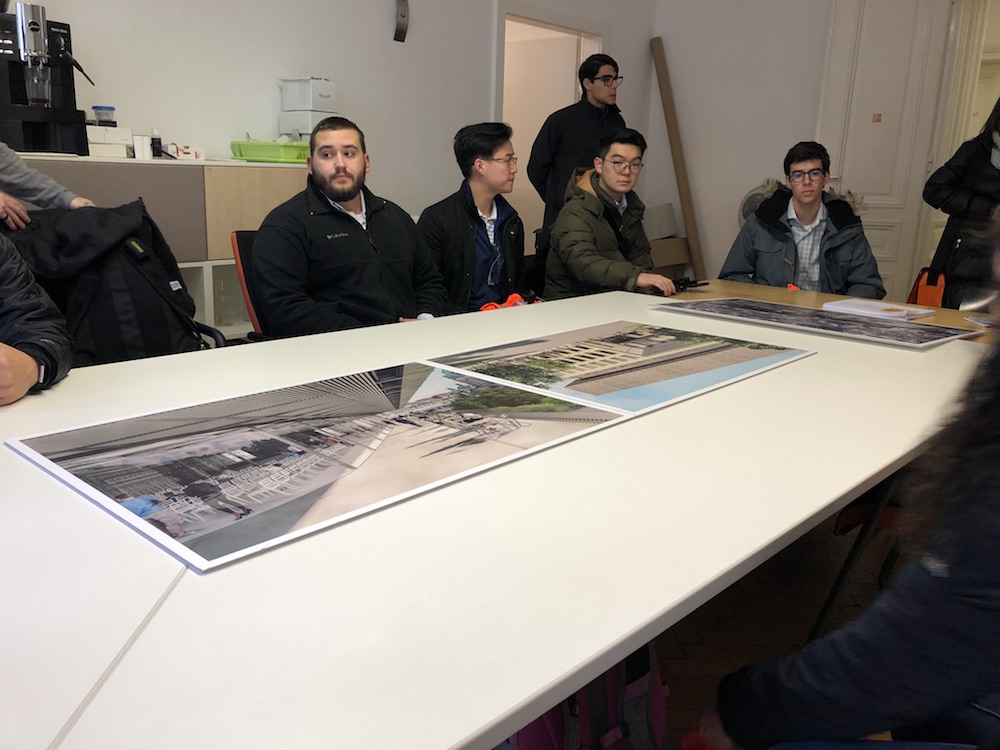 Many issues arose with this particular project. There was a global architecture competition which was difficult for architects because they needed a project that renovated the existing building, expanded by square footages by 60-65% in a limited footprint of a building named as a historic landmark, and located in one of the central squares in Vienna. In the end, there were 274 total submissions. The winning project was to add two levels to the existing structure and create a plaza in front of the building. This idea came from two Austrian architects from the south of Austria. The architects came up with the idea to create a completely separate structure that would be constructed in the existing interior courtyard and would build up to float above the existing structure.

The first construction step was to empty the entire museum of all artifacts and place these historical items in a storage facility. For now, the current museum is currently closed but there are other museum facilities in Vienna that can be visited. The current construction activities on site include removing interior walls, mechanical systems, and general “gutting” of the building down to the core. Some historic objects have to remain in place and be encased to protect against nearby construction activities. One interesting fact about this project is that most of the equipment required for construction will enter the building through an excavated area that is currently being used by museum archaeologists performing research.

After the presentation, the group went on to the site to view certain parts of the project. The picture below shows the current atrium where the new structure will be constructed. They will be removing the current elevator and a new one will be built with an entire new core. To improve the flow of the museum, after construction is complete all permanent exhibits will be located in the existing building and the temporary exhibits will be in the new additional structure above the atrium. 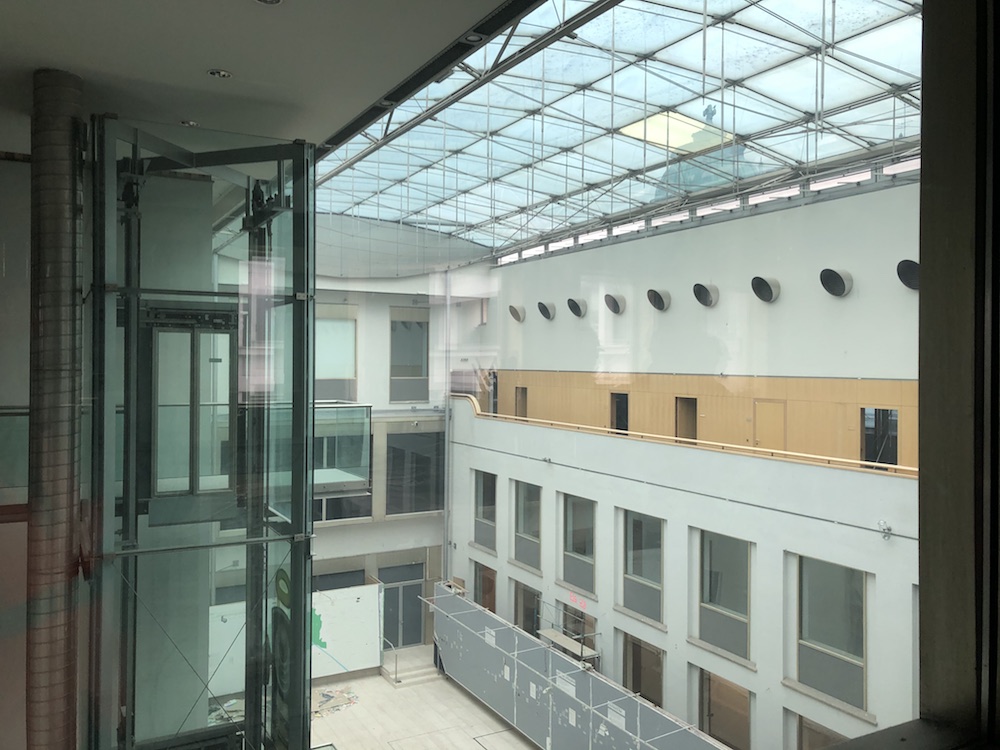 The group went down to see additional parts of the building undergoing demolition. We were informed that after the removal of all museum artifacts, before demolition began, the museum hosted a final display featuring street artists. These artists were permitted to perform their work directly on the walls of the museum as shown in the picture below. While these walls would be removed during the renovation process, museum photographers took images and are creating a book of street artists work. 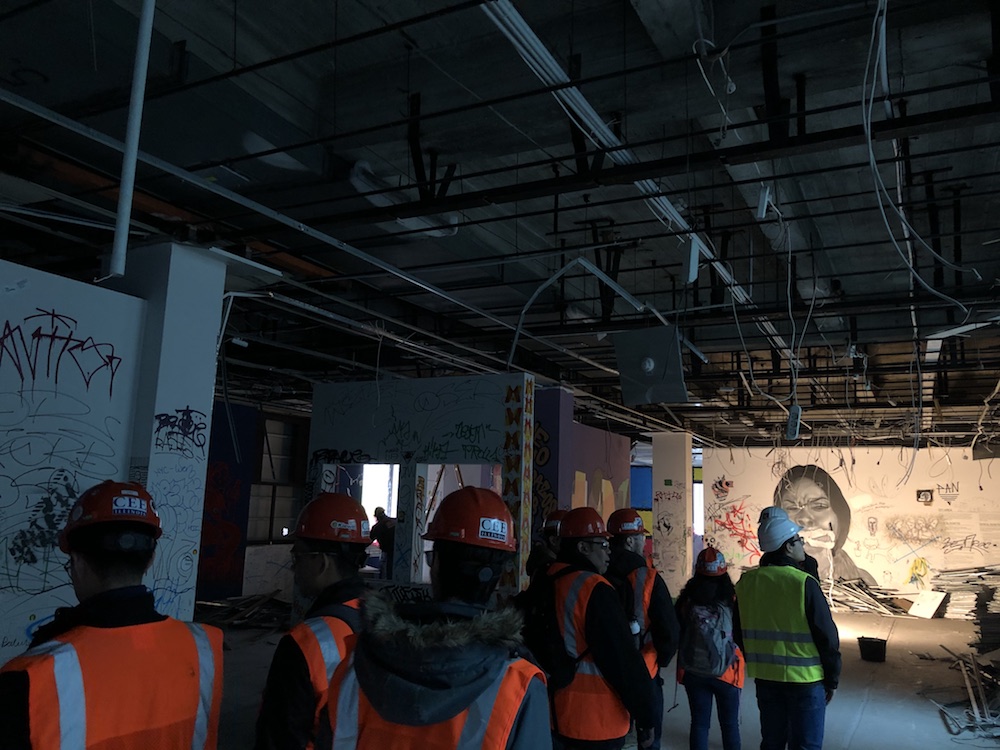 We also were able to see one of the items mentioned earlier in the presentation that involved encasing items in place for preservation, such as the staircase as shown in the picture below. The staircase is boarded around in order to not allow for any damages during the construction process. 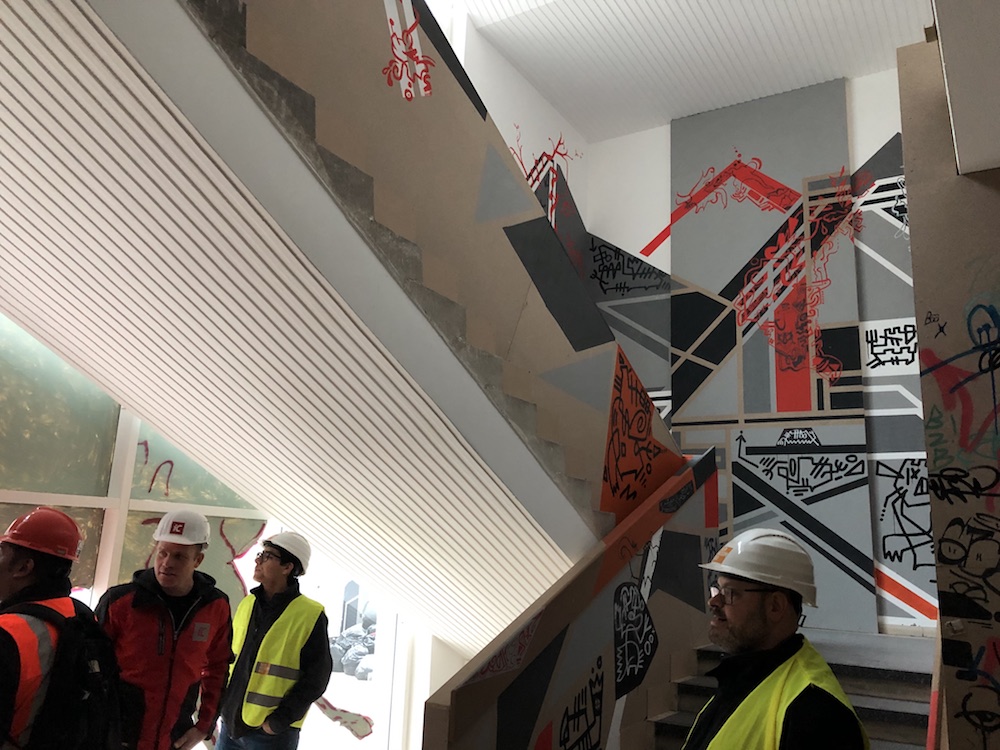 Thank you very much to the project team for allowing the GLCM program to visit such a unique and interesting project! 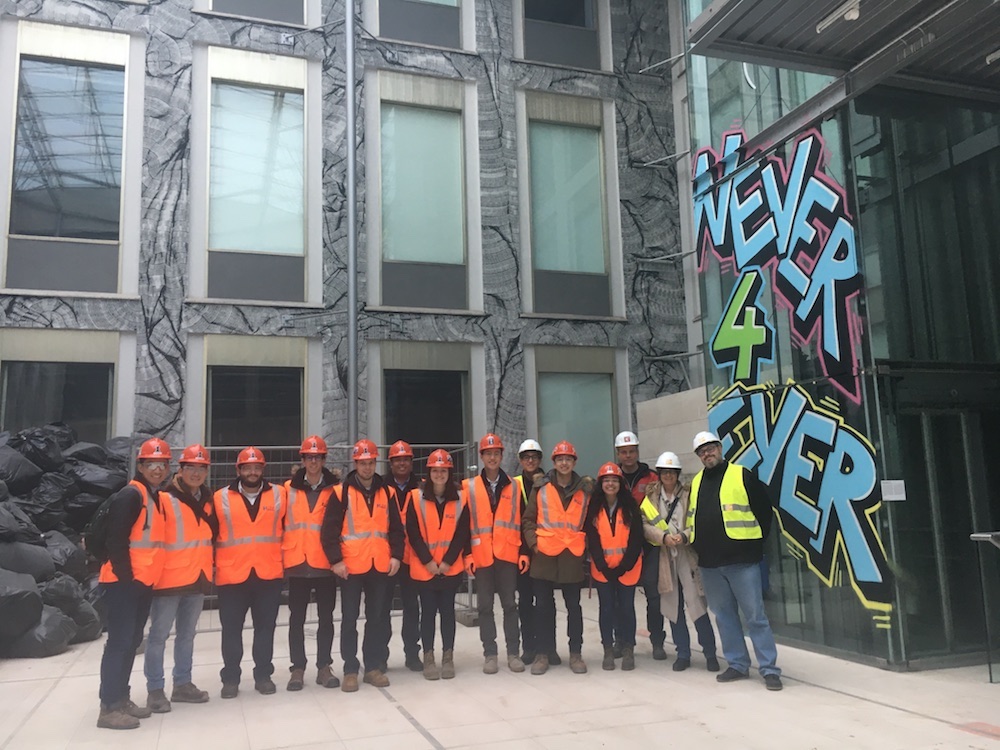