The Global Leaders spent the second half of the day learning about and touring the Wien Canal Infrastructure Project. This was a public city project meant to address the city’s flooding; the canal infrastructure expansion was an addition to the existing storage chains for Vienna’s wastewater, which needed to fit together seamlessly. The scope of the project included the installation of over 2 kilometers of pipe duct throughout the city and the construction of a storage basin. The project presented significant challenges because this network was an expansion of an already existing network of Vienna’s sewer system that is currently servicing over 2 million people. 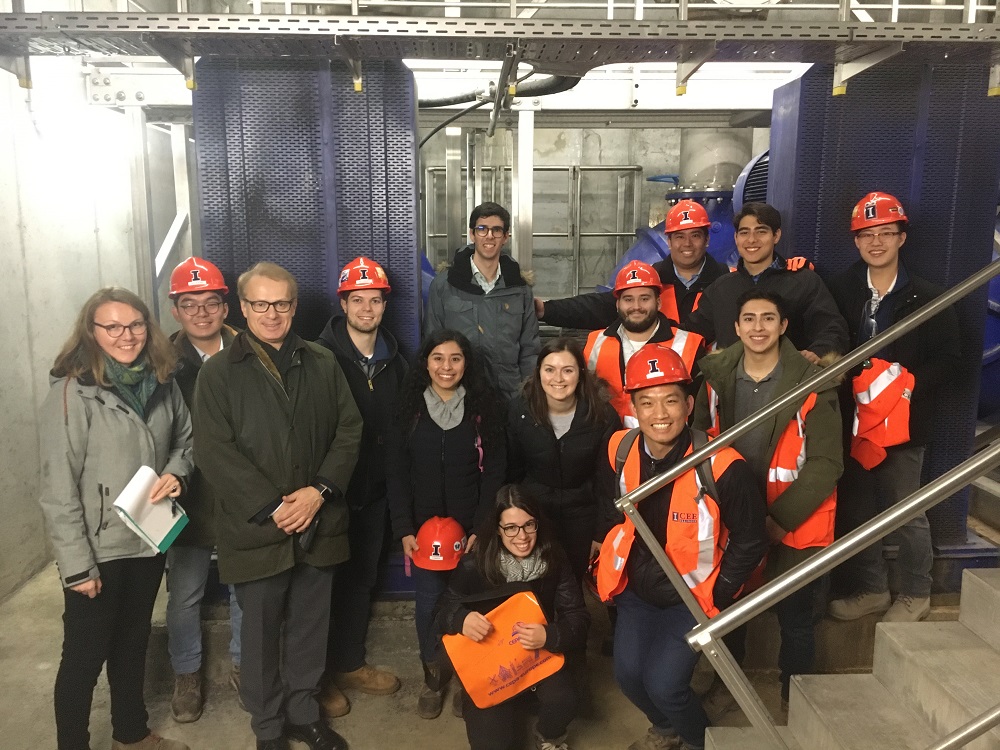 The solution was created after significant financial, construction, and traffic feasibility studies. There was debate about whether to building sub-terrain or building from the street level would be the optimal method. While utilizing subterranean methods was a more costly solution, the project team showed the advantages that would accompany below ground work: minimal street closures compared to building from the street level. Therefore, the city decided to go with the sub-terrain construction solution. However, street closures were still necessary and public safety was carefully planned for. There was diligent planning needed for redirecting traffic or working around known highly trafficked areas.
To prepare for construction, extensive geology tests and research were also conducted. This would help determine what type of equipment or construction methods would be best suitable for installing the sewer pipes. However, an interesting anecdote that the the project managers informed us about is that during geotechnical surveying, it is often required to search for unexploded ordinance from WWII to prevent any accidents during tunneling. 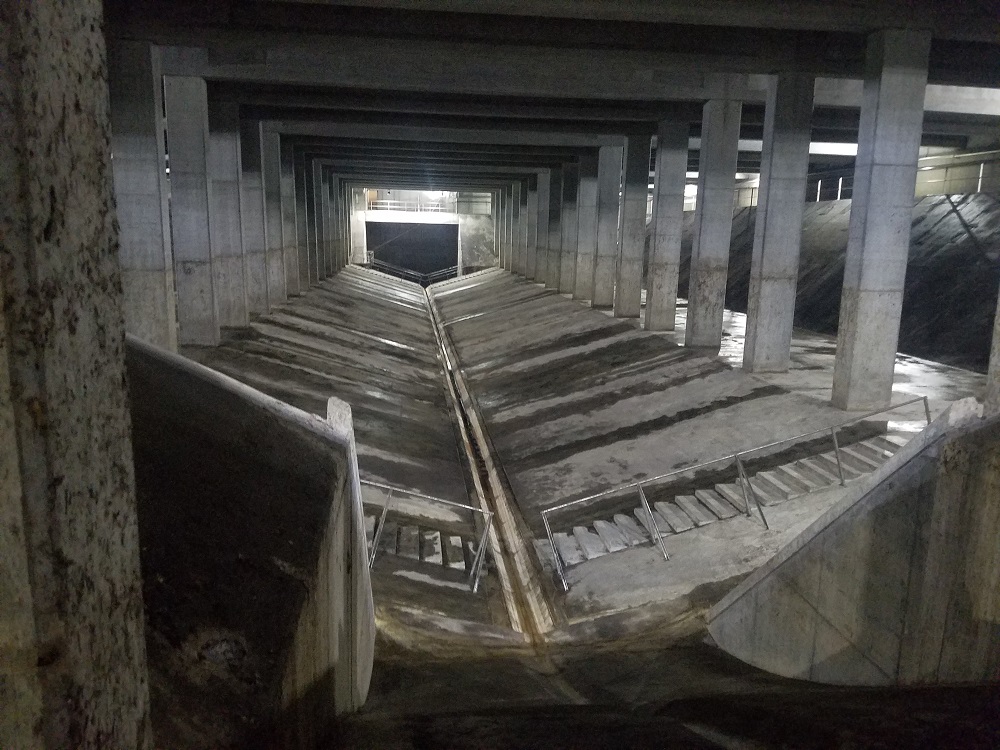 The proposed storage basin has a capacity to retain about 85,000 m3 of water, an active remote sewer manager, and was completed in 2016 for a total cost of $120 million. It would be connected through sewers 8 meters deep and canals with more sustainable riverbeds. This storage basin is the largest structure in Austria and is home to the lowest point in Vienna (some 30 meters below street level). In total, the storage facility took approximately 14 months to build.
The design of this structure had to have rigorous guidelines to ensure buoyancy safety, since the basin has such a high water capacity. Additionally, this sophisticated storage basin was equipped with highly functioning sensors to continuously collect data and is able to be remotely controlled. 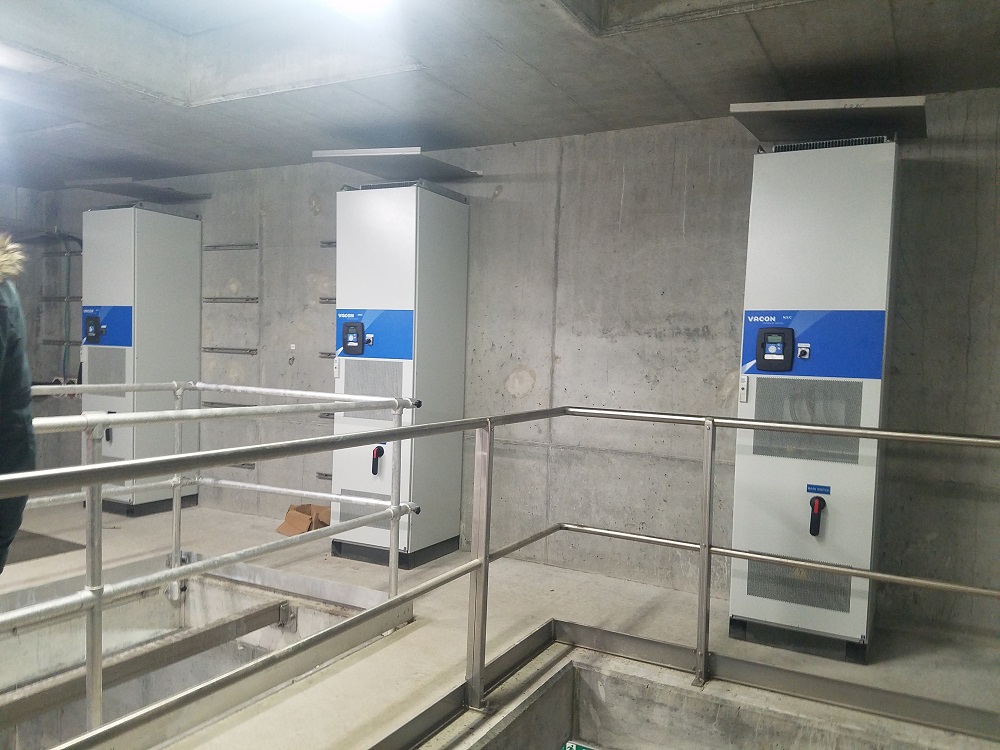 After getting an introduction and insight into many of the challenges encountered on this project, the group got to tour the facility and experience first-hand the massive size of the storage basin. Onsite, the project manager was able to point out the sensors, pumps, concrete pillar built for buoyancy safety.
During the course of the project, the city campaigned the expansion by publishing articles to keep the public informed and had project information posted to raise awareness. After completion, the basin was opened up to some 8,000 citizens of Vienna to allow the public to be informed about the ongoing city project. 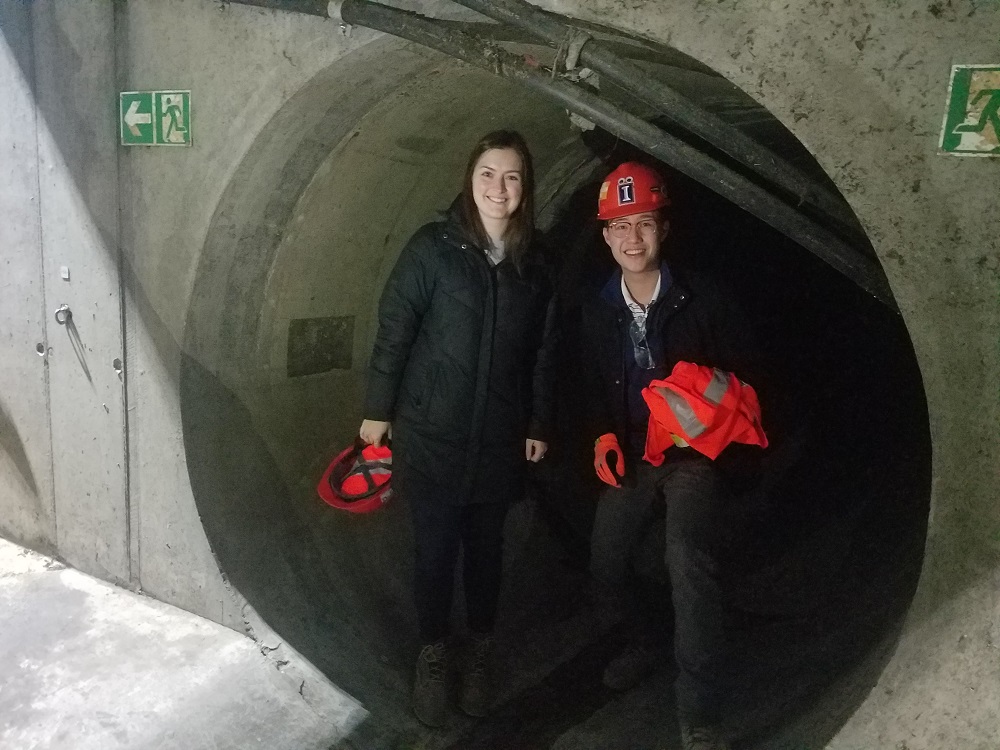 Thanks to our hosts and the City of Vienna for a great learning experience!