We visited Villa d’Este, a palace and garden located in Tivoli, after having a delicious multi-course Italian lunch at a restaurant nearby. Villa d’Este is a UNESCO World Heritage Site and is considered one of the main symbols of the Italian Renaissance. The work for the villa started in 1550 and lasted for roughly 20 years. It was designed by a famous Italian architect named Pirro Ligorio on behalf of Cardinal Ippolito II d’Este. The palace was built because the cardinal wanted to own the most desired palace in all of Europe. At the time of completion, the villa was used to host high-status individuals from countries such as France and England. Villa d’Este is just over 11 acres and is most widely known for its luscious gardens and splendid water fountains. 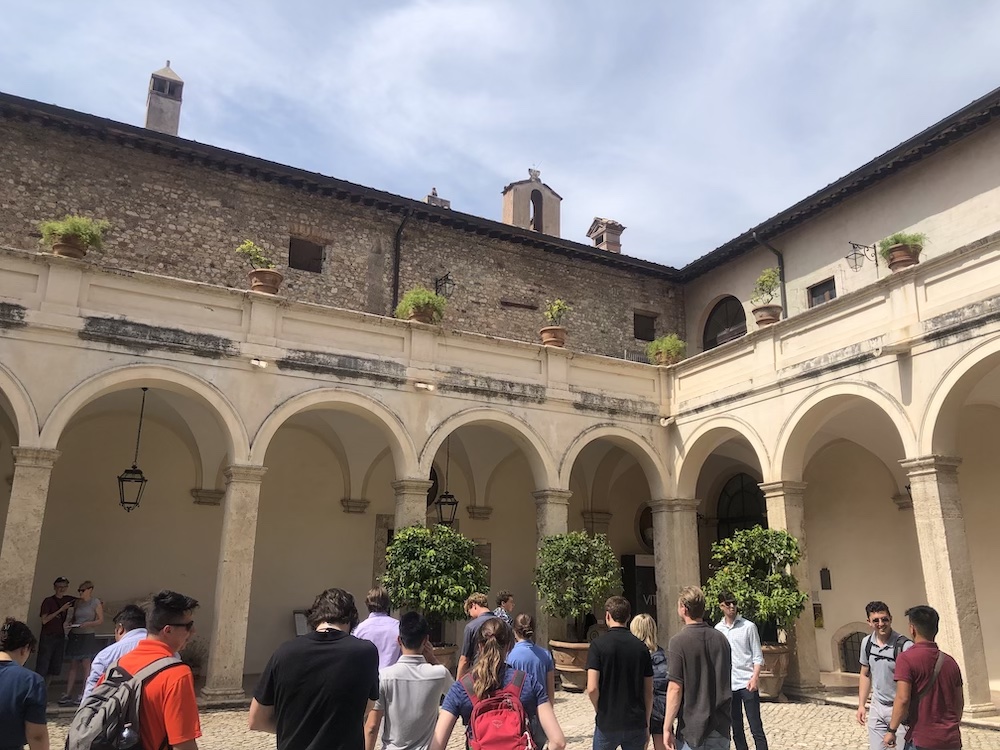 The villa was designed in a way that visitors will naturally flow from section to section, so it was a perfect place to wander around without an official tour. A connection that was made by one of the Borromini Institute trip leaders is that the people visiting behave like the water that flows through the fountains because it seems like both are pulled downwards by gravity. The initial part of the experience was inside the building itself. We started out by passing through dark rooms with a variety of unique paintings and smaller statues. The ceilings and walls inside of the sunlight rooms of the palace were painted with intricate designs and scenic views of towns, people, and boats out at sea. In many ways, the artwork inside of the palace reminded me of the multiple churches we visited on this trip. 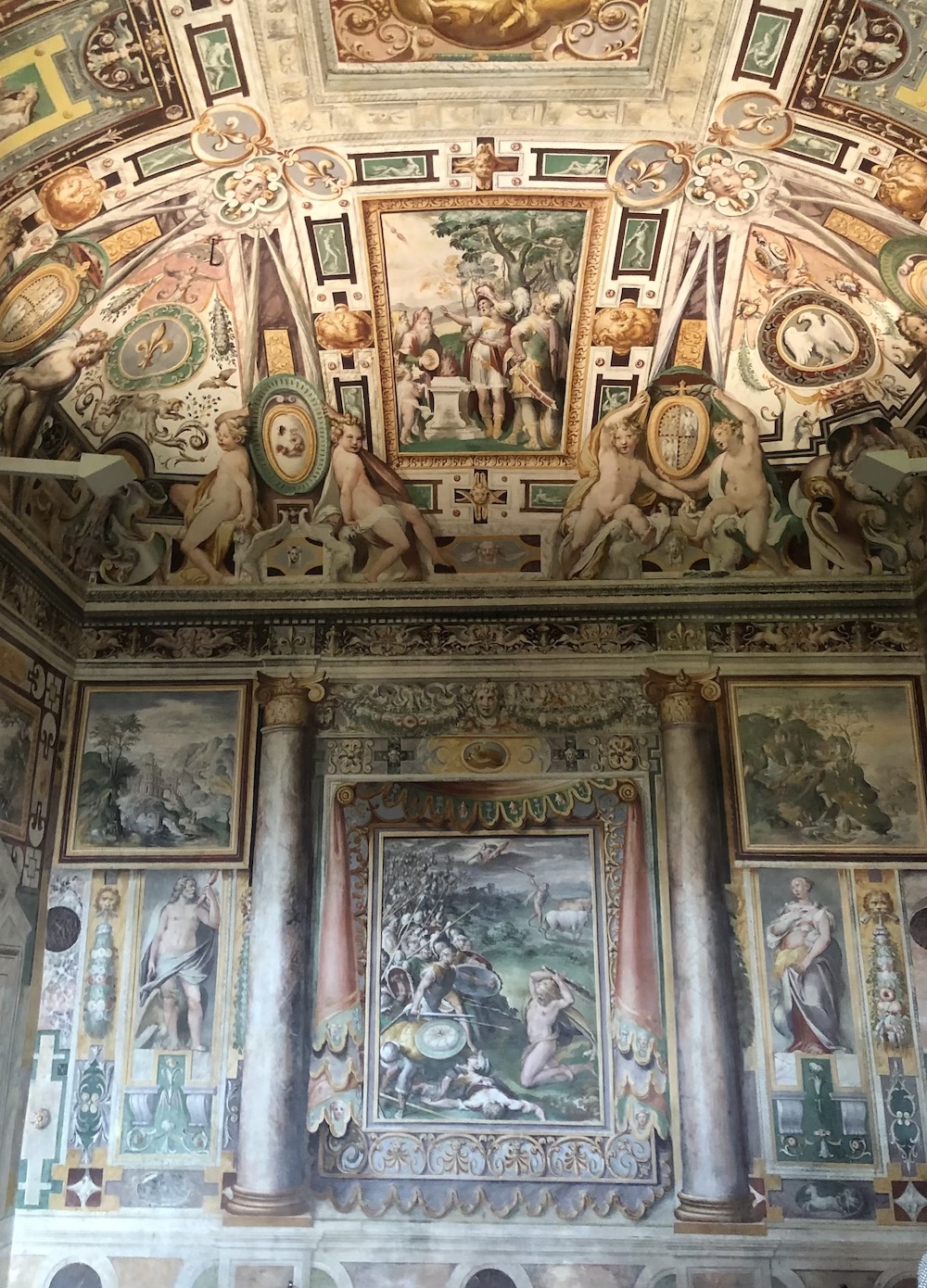 After exploring the interior of the palace, we made our way to the outside terraces and gardens. This took up a majority of the time we had because there were so many different sections to see. It was a hot and sunny summer day so the gardens were filled with younger students on school trips and other tourists. 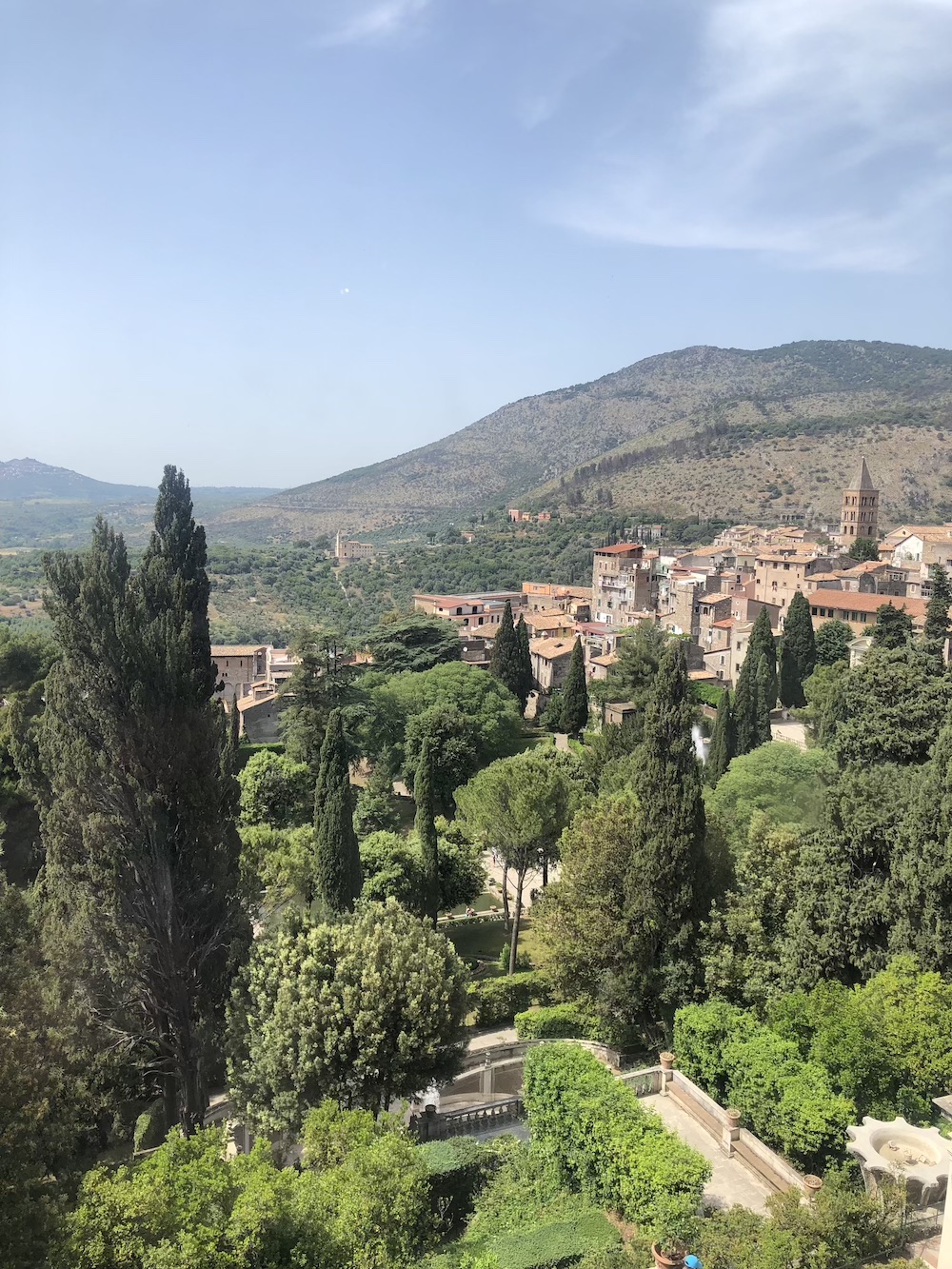 The Villa d’Este is considered one of the best examples of landscape architecture in Rome and the hydraulic engineering used for the countless fountains is a marvel in and of itself. The gardens of Villa d’Este highly influenced the development of garden design in not only Italy, but throughout Europe as well. Some restorations and improvements were made to the gardens and fountains over the years, but the originality of the villa has been well preserved. 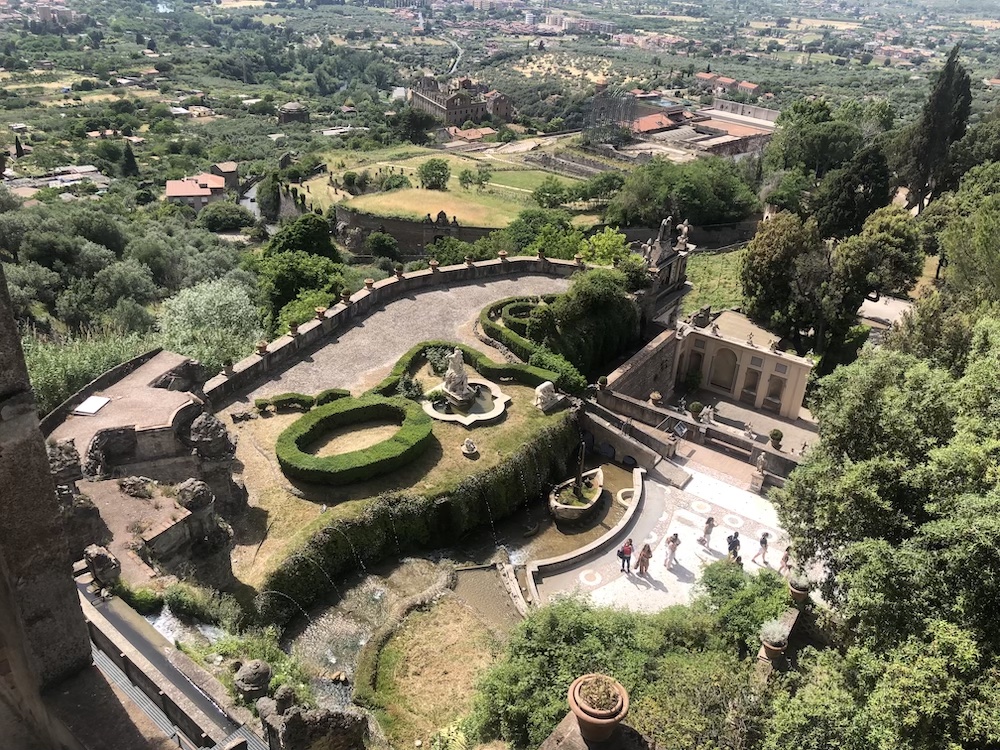 The view of the town of Tivoli and Rome off in the distance from above was my favorite part of the Villa d’Este. The gardens had so many spots where you could sit to look at the sweeping Italian landscape while listening to the flowing water from the fountains. It was a nice break from the hustle and bustle of Rome’s city center that we had gotten used to. A few of the people on the trip said that this was their favorite place we have visited in Italy so far. Overall, the relaxing exploration of the Villa d’Este made for an unforgettable afternoon in Tivoli. 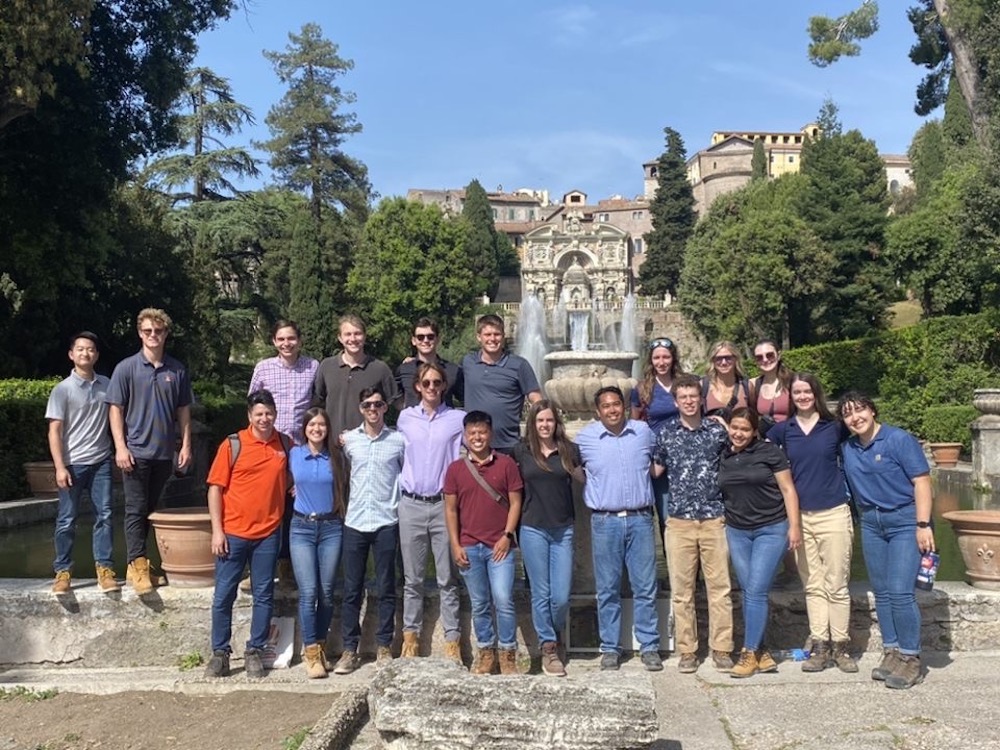