After lunch in Melk following the visit to the abbey, the group journeyed by train to the town of Krems. Upon arrival in the town, the well-known Winzer Krems winery was only a brief walk away. After a short wait taking in the Austrian countryside air, the wine tasting experience began, led by our tour guide Sylvia. 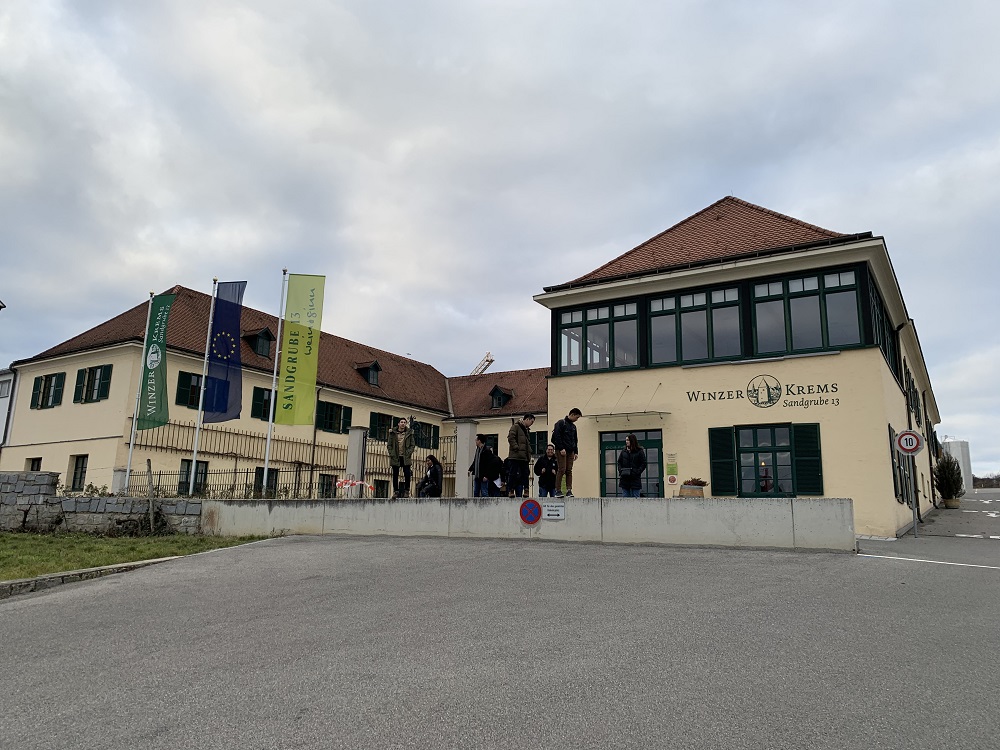 The tasting began in the cellar of the 82-year-old winery. The St. Saverin Blauer Zweigelt wine was the first tasted by the group. This dry, red wine is very typical of the region. It was here that Sylvia began to explain the wine making process used there. Creating 7 million liters of wine every year, and exporting half of that, Winzer Krems is the largest winery in all of Austria. The winery, originally using only 28 grape farmers, now sources grapes from over one thousand wine growers. A vast majority of the wine produced there is fermented in 40-thousand-liter stainless steel casks, which were shown on display as the group enjoyed the first wine. The remaining 1 percent of wine is fermented in small wood casks for periods of up to 3 months, making the highest quality wines sold by the winery. 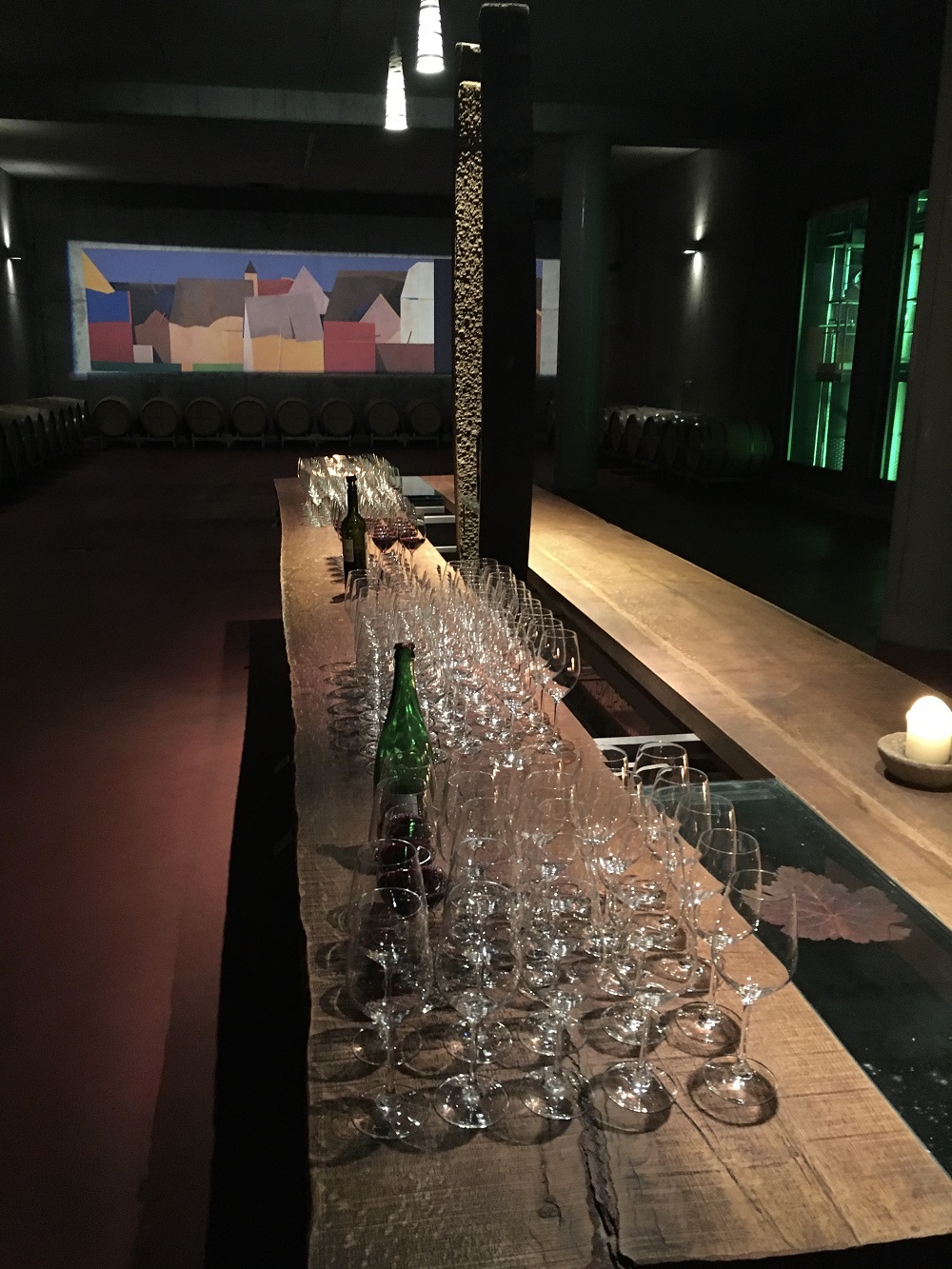 After the initial tasting, the group watched a 4D movie about the winery and local area. The video further described the laborious process used in the region to produce the best possible wine. After the video, Sylvia took the time to clarify several points as we began drinking our second glass of wine, the white Von den Terrassen Riesling. Due to Austria prohibiting machine harvesting within its borders, all harvesting must be done by hand. This includes several rounds of trimming vines, removing leaves, and removing undesirable grapes. Through this process, only the best grapes remain. Throughout the season, the grapes increase in sugar content for higher quality wines. 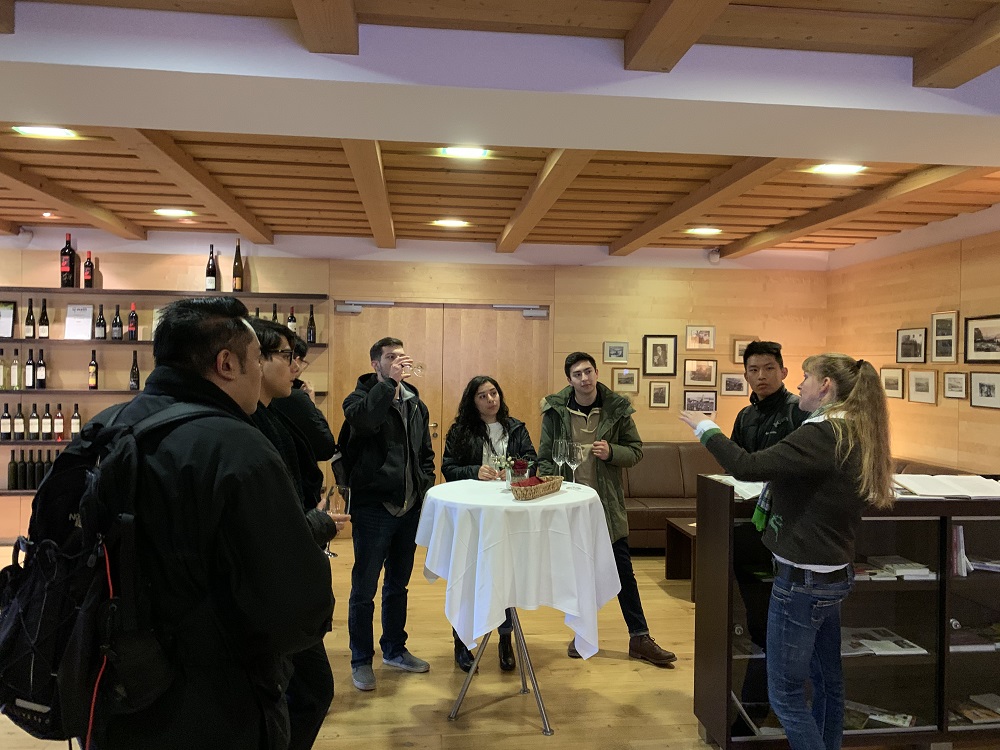 After finishing the second glass, the group continued to a room containing a floor map of the entire region. This interesting room showed how large of an area is processed in just a single winery. The final room of the tour is where the third wine was tasted. This was the Kremser Sandgrube Grüner Veltliner white wine. As the group savored their last sips of Austrian wine for the day, Sylvia answered the remaining questions about the quality control process used by the winery. From the age of the vine to the layout of local flowers, every aspect of farming is considered for the benefit of the wine. Upon completion of the tour, the group was free to purchase their own bottles of the sampled wine, then it was back to Vienna! 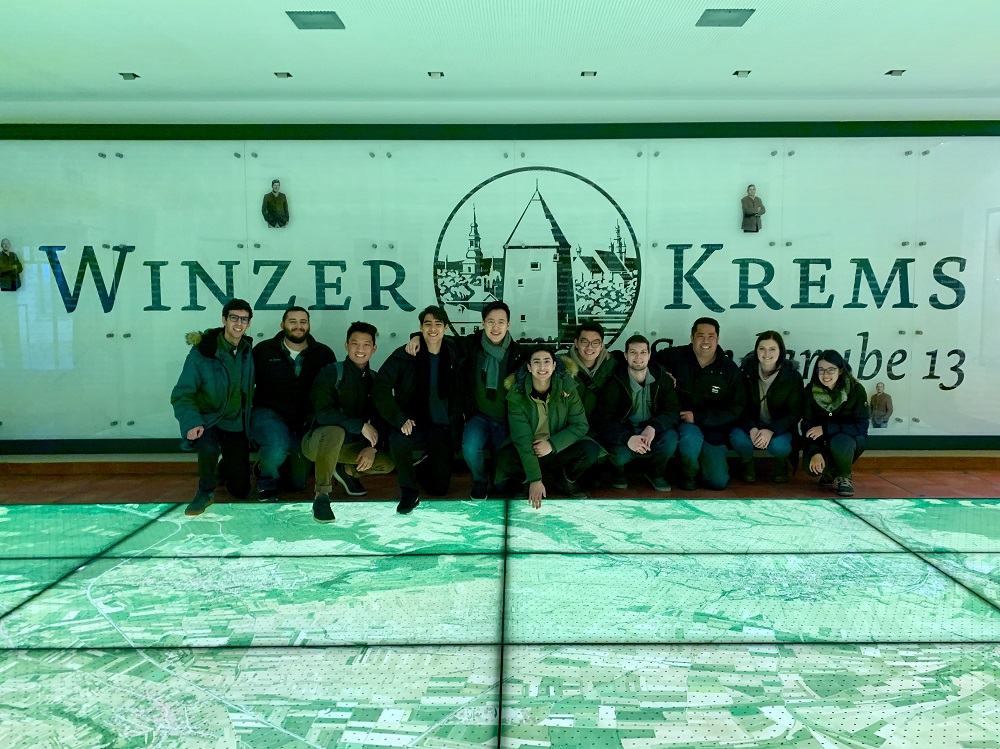 Thank you to our tour guide Sylvia and Winzer Krems for a great experience!