The Global Leaders kicked off the weekend with an hour train ride to explore the Melk Abbey, a monastery established in 1098 in the town of Melk. The abbey was a gift from Leopold II to a group of Benedictine monks. With massive walls and a unique color combination, this abbey towers over the quiet town of Melk and would catch the eye of any traveler from miles away.

Since its establishment, the Abbey has had a reputation as an education and cultural center. Today it is a prestigious monastery school with more than 700 students. Approximately 30 black-robed Benedictine monks maintain the Abbey and teach the students. The monks also have 3 prayer times and mass per day. The monastery is renowned for its collection of manuscripts and has a few of the beautiful pieces on display inside.

As we reached the Abbey we were greeted with a grand entrance and two enormous courtyards. The tour started inside the Royal suites, a massive portion of the abbey dedicated to their royal guests who would bring hundreds of followers with them. Some of the rooms were renovated with display cases and connected by doorways where each room represented a period of time or major theme. 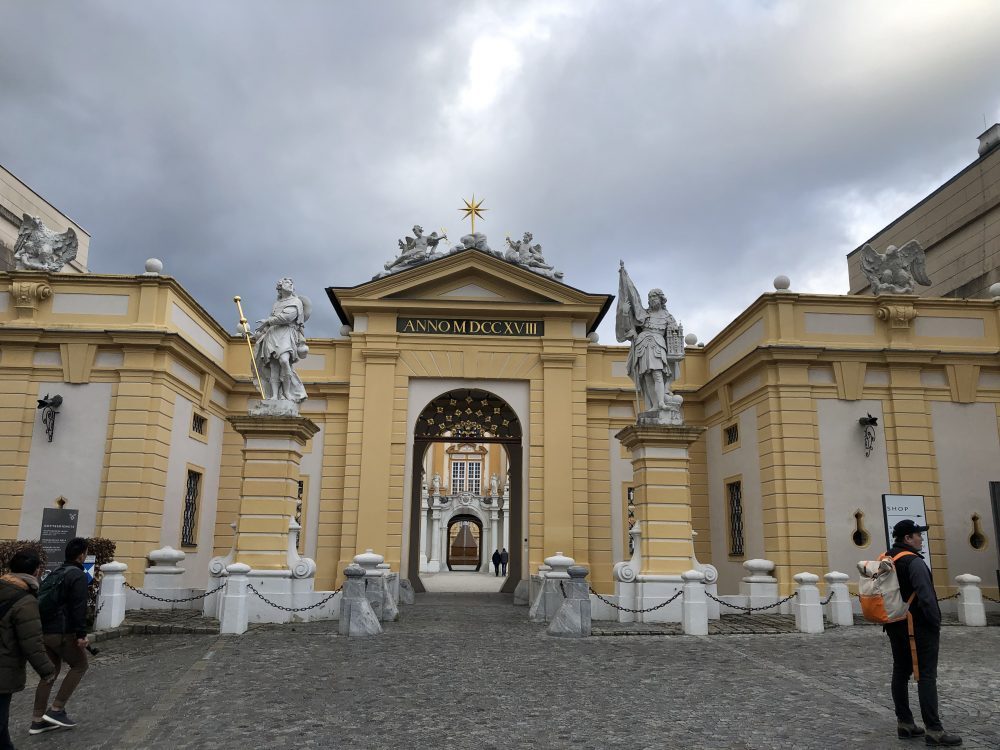 Though it was not displayed we were told that the Abbey has a piece of wood from Cross of Christ. Legend says that it was stolen and appeared in monastery in Vienna. They could not decide which monastery it should go to so they put it on a raft on the Danube river and let it go, the town that it stopped at would gain possession of it. The raft miraculously drifted upstream and landed in Melk.

Some intriguing items were: numerous chalices, gold plated statues, century-old pontifical clothing still used today, a small box of ivory and wood that stored the bones of saints, two more displays of small bones, and a reusable coffin with a trapdoor on the bottom that opened and let the bodies fall into the grave. The reusable coffin was not very popular for obvious reasons and was abolished within three months. 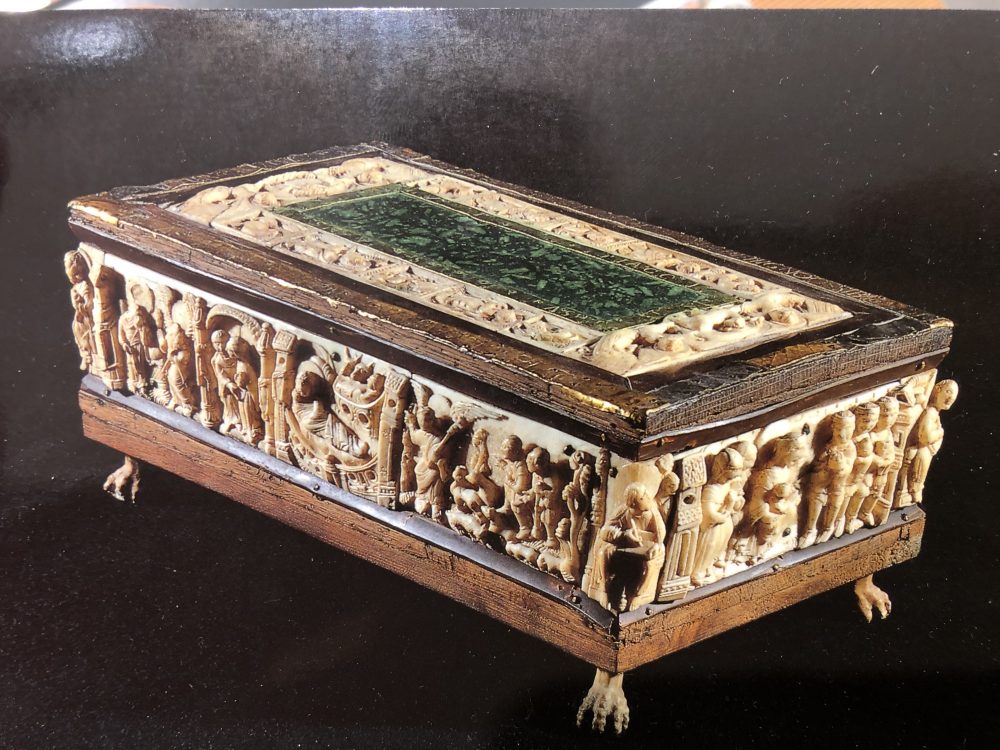 When times were tough for the monastery, they would hide their most valuable items in an intricate treasure chest that was impossible to crack with any tools from the time. One turn of the key opened 14 latches that locked the chest.

We then walked through the Marble Hall, a beautiful room where the royal visitors would dine and listen to music. The room was covered in red and grey marble and featured a hand-painted ceiling that was painted 300 years ago. We exited the Marble Hall onto the terrace where the views of Melk, the Danube river, and surrounding landscape are truly breathtaking. 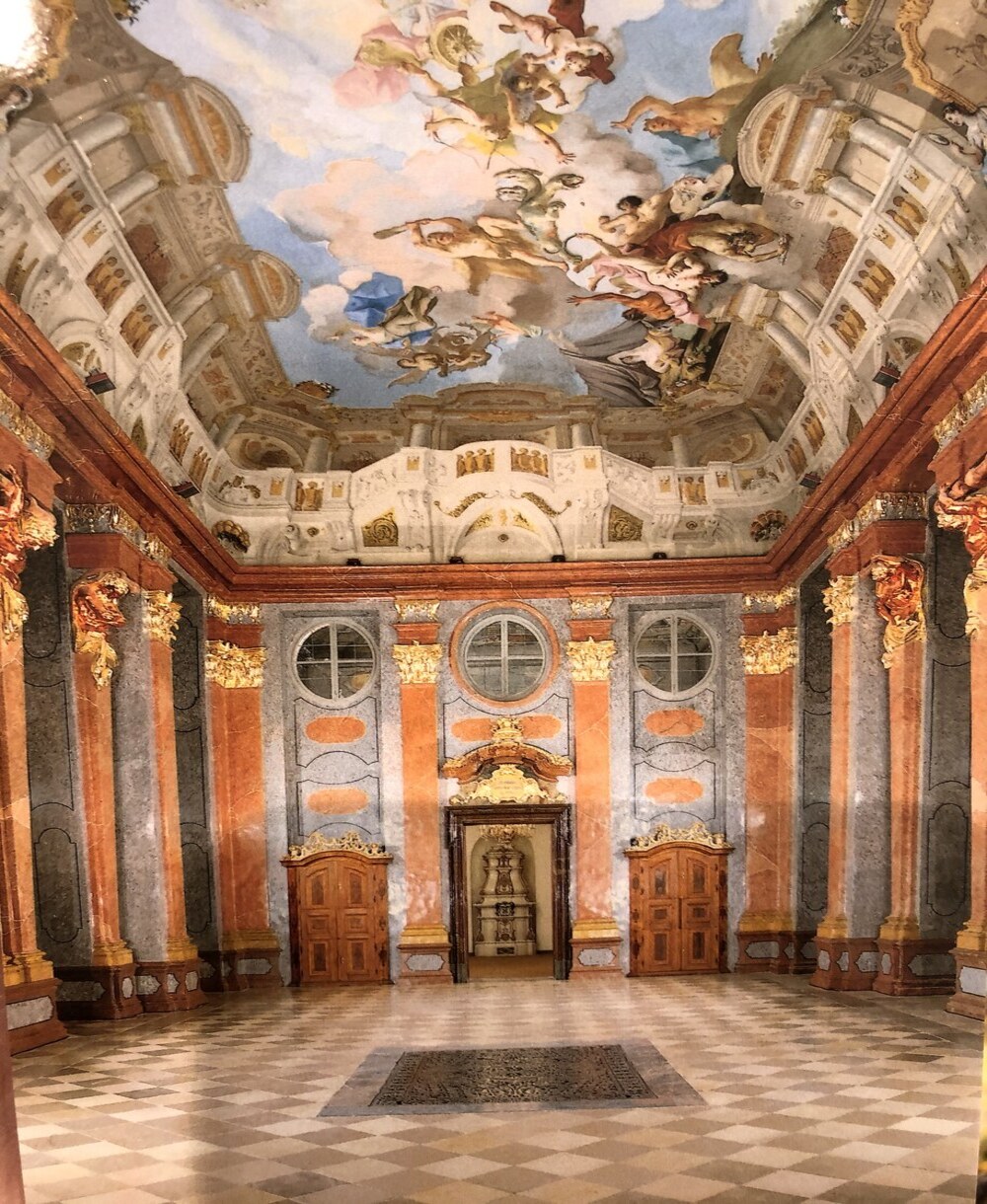 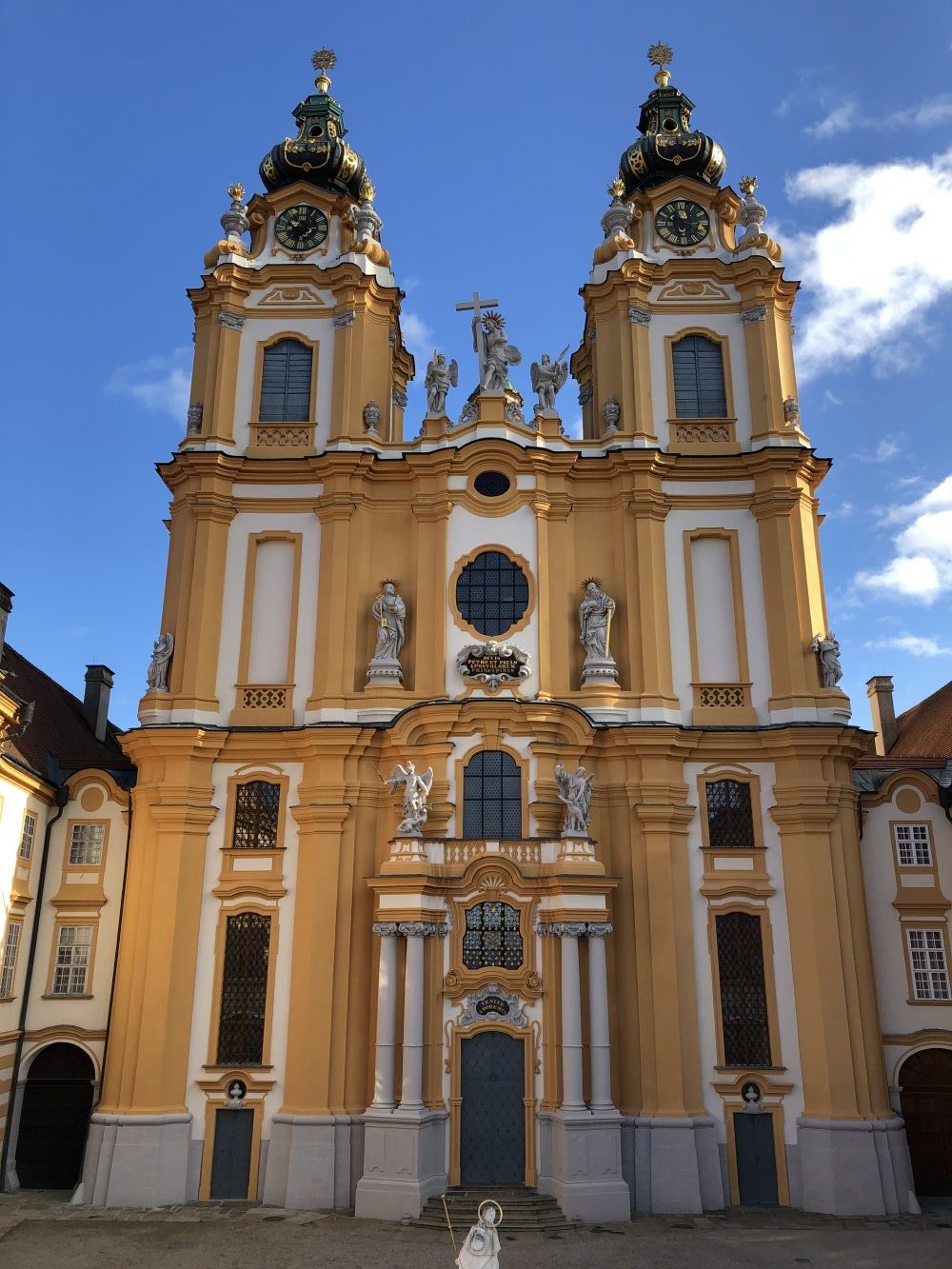 The opposite side of the terrace opens into the Library which contains books from the 15th to 18th century. In total, the library has approximately 100,000 books.

The tour was concluded in the enormous 60-meter-tall church. Some of the major attributes of this church include over 780 hand-painted saints, walls covered in red, grey, and brown marble, an overhanging, gold plated crown, the entire skeleton of St. Friedrich displayed, Tomb of St. Coloman, and an Organ with more than 3500 pipes. 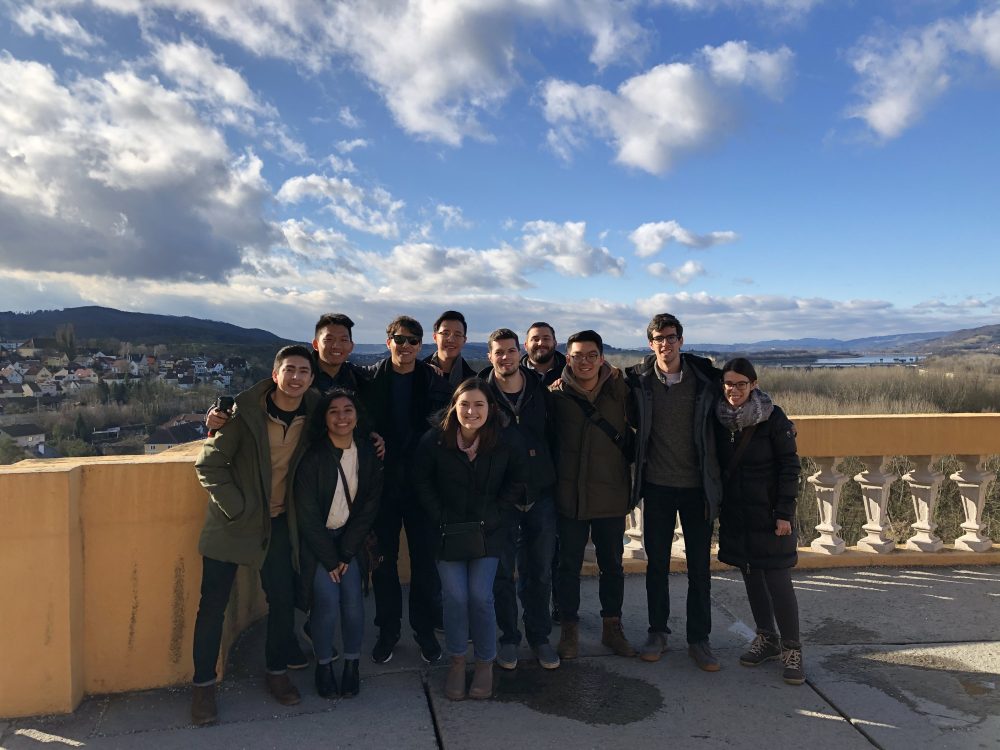 Thank you Melk Abbey for showing the Global Leaders your incredible monastery.