On May 19th, our itinerary included one of the most fascinating feats of Ancient Roman infrastructure and engineering. The aqueducts transport water from the Italian mountainside into Rome and throughout Italy. This design led to the transport of about twelve thousand liters of water per second into the city of Rome. This was over 11 different aqueduct systems throughout the region. The longest of the aqueducts were about eighty-eight kilometers. long. An interesting detail we learned during our expedition was that the twelve thousand liters of water supplied was about half of what the modern day city is supplied with, despite only supplying this for a quarter of the modern population. Water at the time was a great indicator of what was possible for Rome, leading to success in regards to irrigation, hygiene, hydration, and aesthetics. 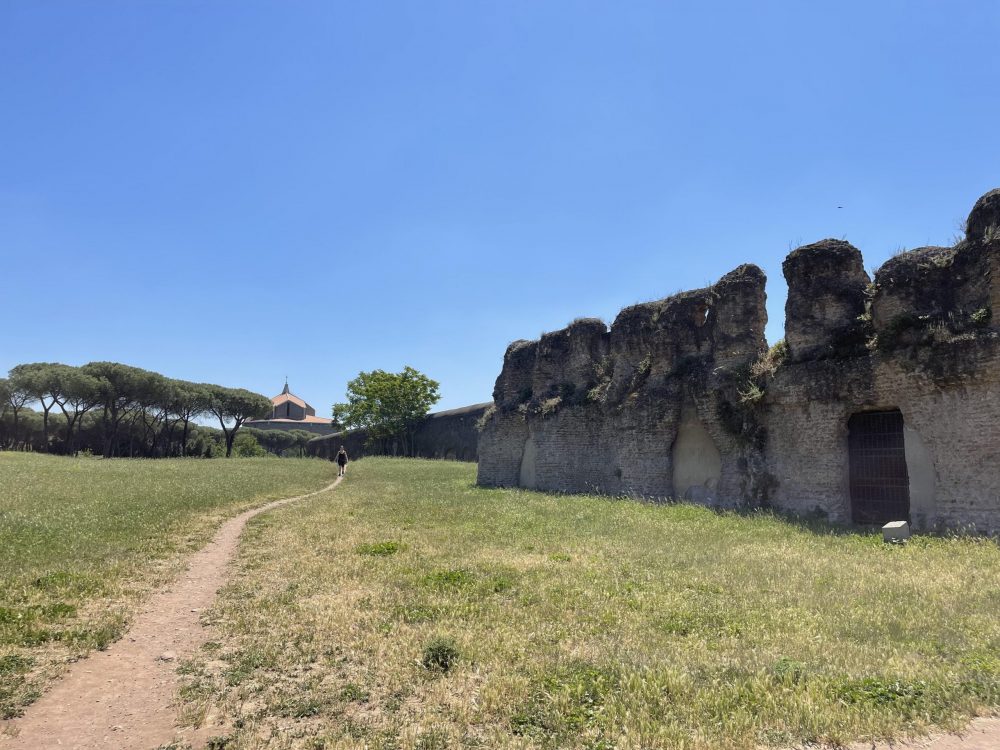 The original plan for the day was to visit the aqueducts to begin the day, but instead we started by observing the Metro C station exhibits, which displayed artifacts found during the construction of the tunnels and stations. We began at the Metro A at the Ottavia station. Following this, we moved from our typical meeting spot toward the entrance of the station, not the exit. Dr. Tom Rankin guided us on the group trip with his research on the famous aqueduct. We stopped at the Aurelian walls and observed several metro stations prior to our journey to the aqueducts. The stop for the aqueducts on the Metro A line was Subaugusta. Upon arrival, we noticed that the suburban side of Rome was far less hectic than the city.

It was very fascinating to learn that aqueducts were a preexisting concept, but that it was the Romans who really took the aqueducts into a real business. The Appian aqueducts were first designed by Appius Claudius. The longest of the aqueducts, which was named Acquedotto Claudio, was at a continuous height and brought water into the heart of the city. We asked if Rome will ever run out of snowmelt that is used to supply the aqueducts. In Dr. Tom Rankin’s opinion, he believes that this city has several hundred more years of snow melt at the current rate. The structure of the aqueduct is made up of two foot blocks that hold up the aqueduct. The park we visited showed tall standing aqueducts and the ground level ones. The ground level aqueducts are still active but we observed it as non potable. From our current view, much of the aqueduct is underground due to the overgrowth  from centuries of use. 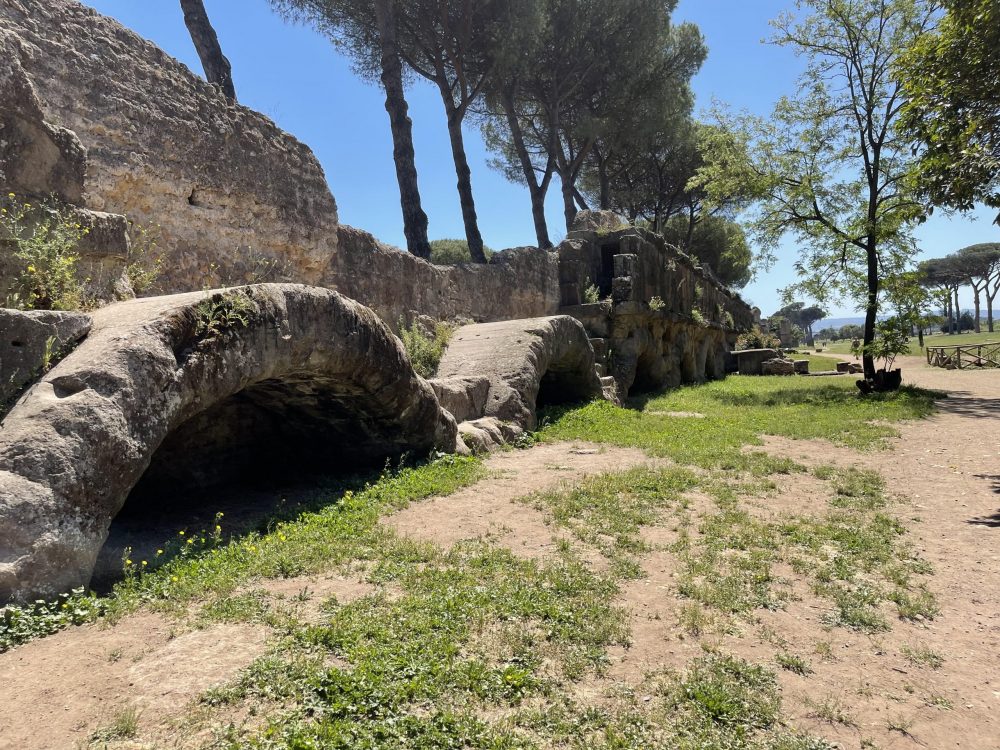 The current aqueduct that we are at is one of the only operational ducts. The real function of the aqueduct is to create infrastructure. To quote Dr. Tom Rankin, “What runs a modern city is infrastructure and energy that travels in and out of it.” The train line near by follows the aqueduct. It was very interesting how they would level the duct. The 1/1000 slope was created with a plumb bob to determine the height required based on the distance. 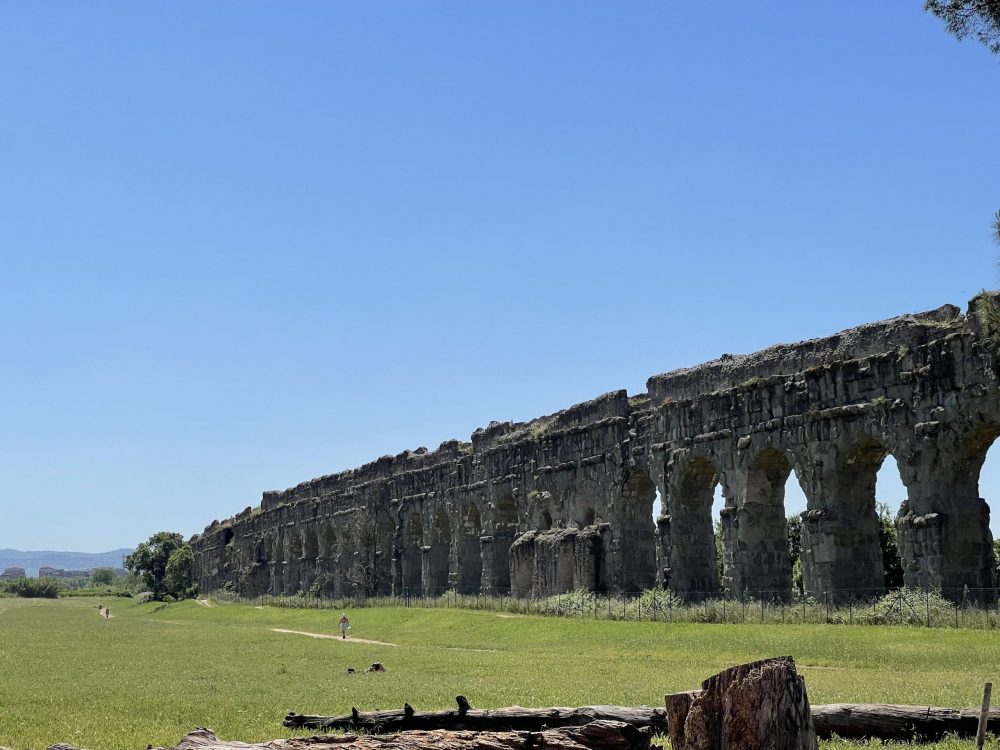