Today, we had the privilege of visiting a current jobsite in Rome, the Mausoleum of Augustus. Augustus was one of Rome’s greatest emperors. During his time as emperor, he directed the construction of what would become his eventual tomb. This tomb has been in Rome ever since, but it has never been accessible or even available to the public. This project aims to completely change that, by adding in a plaza (or Piazza, in Italian) and a museum near the mausoleum, improving accessibility and allowing the public to access and enjoy the ancient structure. Below is a rendering of what the project will look like once it is completed. You can see that the goal is to create steps allowing the Mausoleum to be accessed easily from street level. 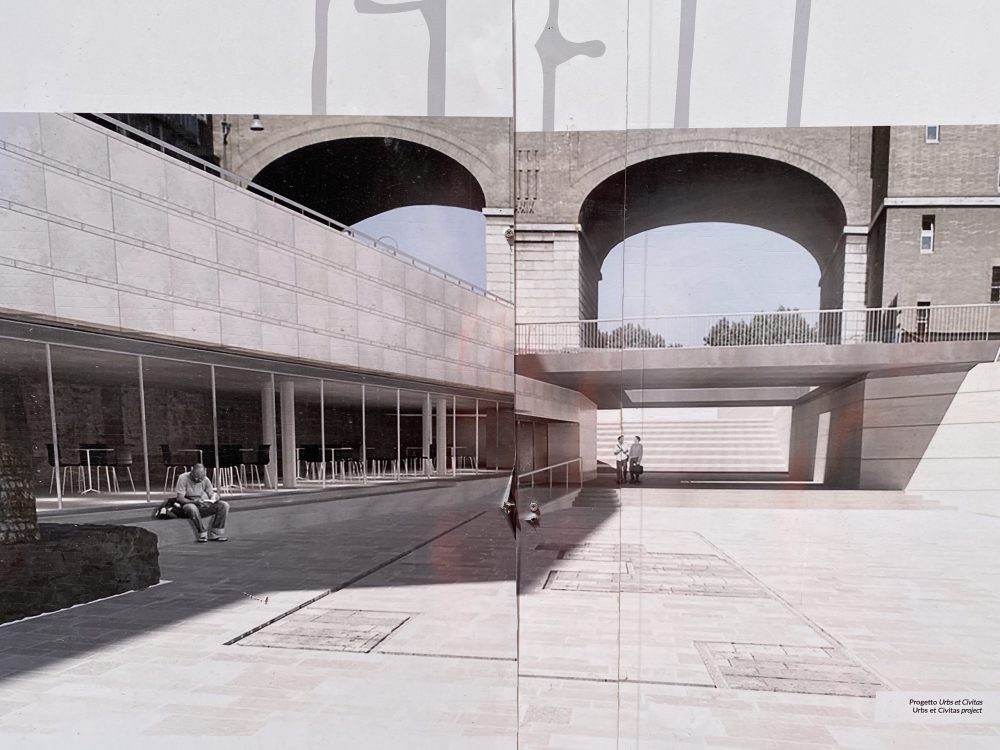 The Mausoleum originally had a large metal dome on the top of it. However, while in power, Mussolini removed this dome in an attempt to “valorize” the structure. This is a term used commonly in Italian, which refers to the process of uncovering and revealing old structures and monuments to show off to the public. The current project of adding in a Piazza, museum, and stairs to the Mausoleum is a great modern example of Rome’s attempt to “valorize” some of its monuments. The Mausoleum, a large masonry structure, can be seen in the picture below. 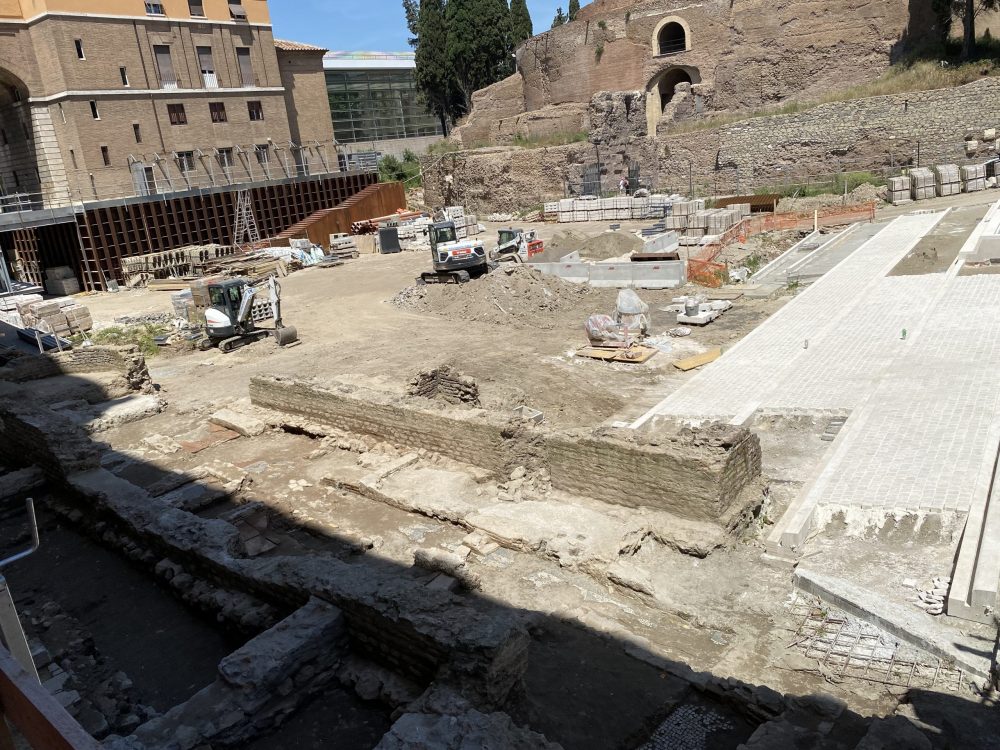 As with most construction projects in Rome, the government anticipated running into some archeological remains. In order to get a sense for exactly where these remains might be, the first phase of the construction project consists of probing the site. Then, archeologists are called in to dig, record, preserve, and remove the found items. This has been completed for about half of the site, where the travertine steps have already been constructed. However, the other half of the site is still in the archeological dig stage, which is shown in the photo below. In this site, mosaics can be seen. As it turns out, these are from the Middle Ages, when people had moved near the Mausoleum. We were amazed at how well preserved these were, and even more amazed that the cultural superintendent, a branch of the government who “owns” any historic items, decided to simply remove it. This decision was made because Rome has artifacts from around 100 A.D, so they do not feel the need to preserve everything from the 1500’s. 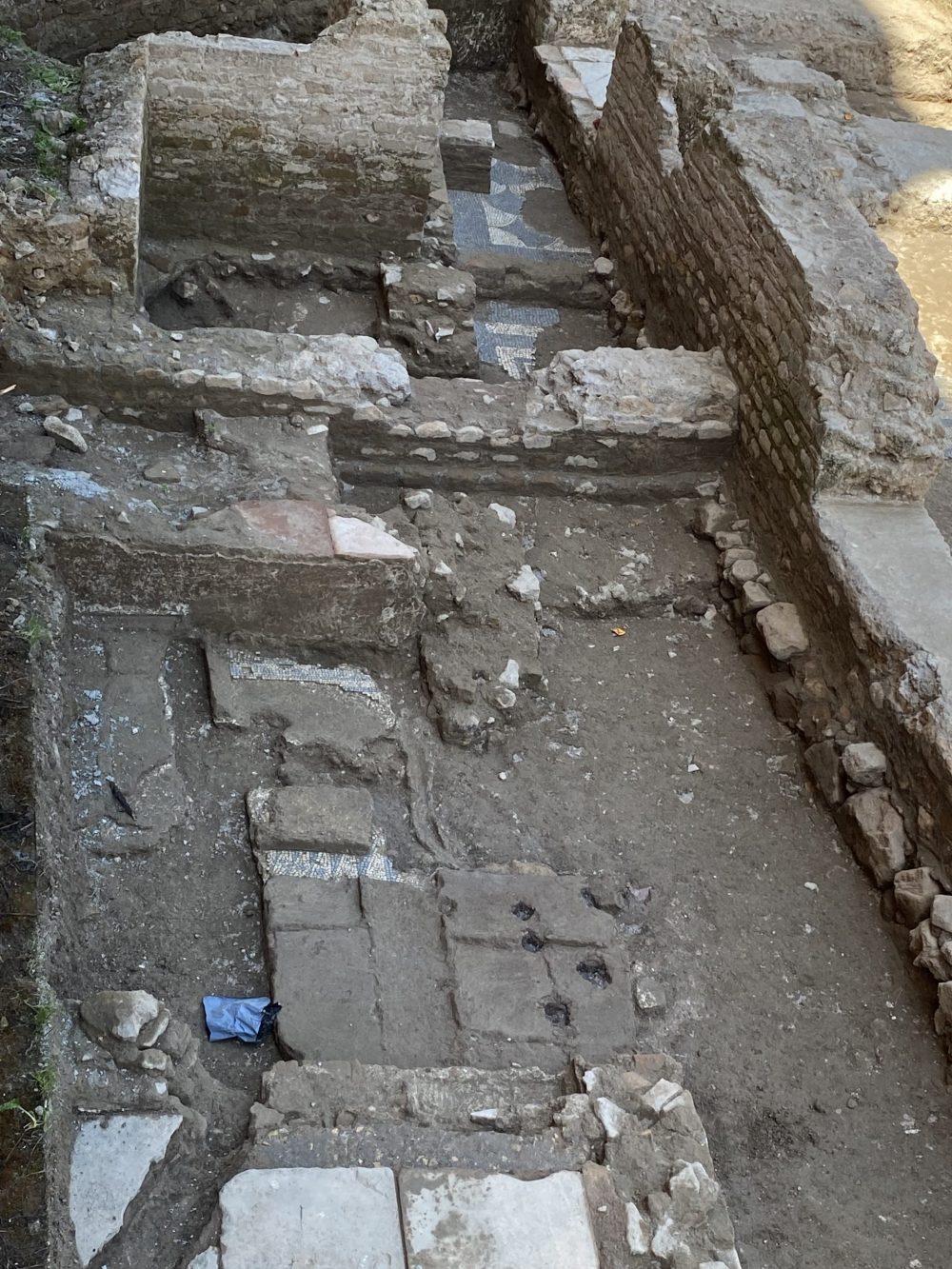 During this site visit, we learned a lot about the construction process in Rome. Archeological remains provide a challenge that takes a lot of time to resolve. For this reason, in addition to economic and political challenges, projects in Rome (and Italy in general) are very slow moving. The first phase of this project, the probing, began in 2007 and was completed in 2011. Due to changing political leaders, the project then was paused as it waited for approval and funding from 2011 to 2020. Finally, just after the peak of the pandemic, the construction of the steps and new piazza were added. 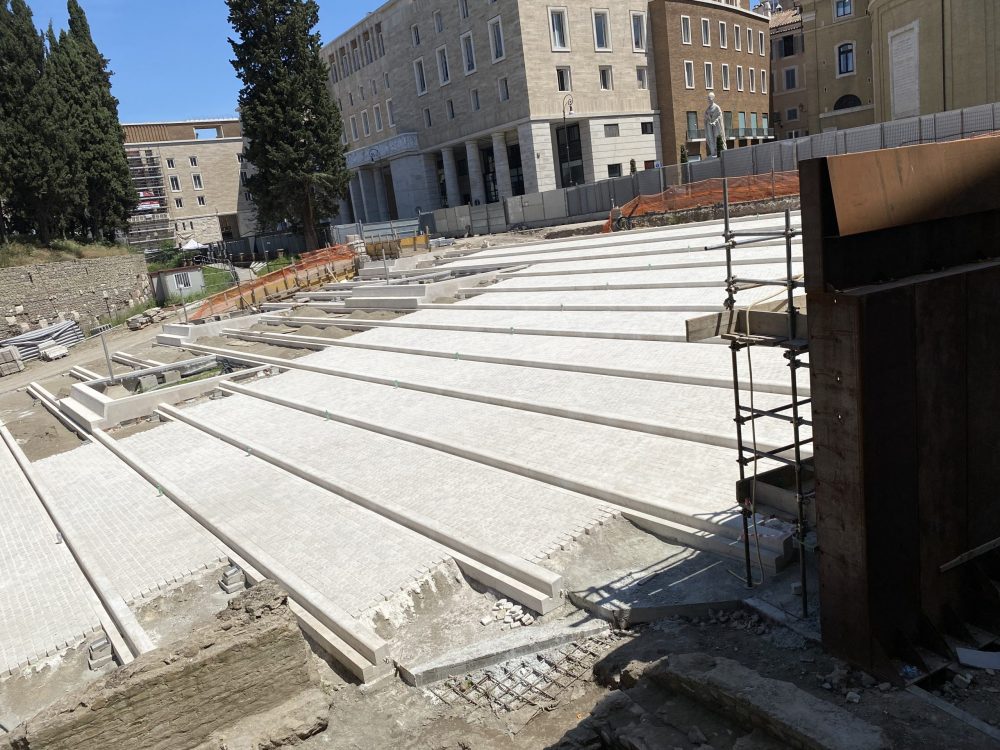