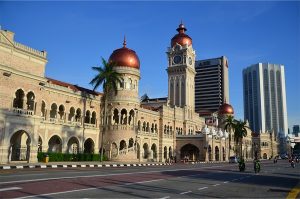 Our cultural tour in Kuala Lumpur went through some changes and had to be cut short, unfortunately. However, GLCM was able to make the best of the situation, as usual. After checking out the awesome Paya Lebar Quarter project by Lendlease we headed back to our hotel as we had a long day ahead of us.

We started the day bright and early. 3am as a matter of fact! We all checked out of the hotel and piled into the bus to head out to the airport. Some of us took the chance to catch up on some Z’s while others were able to see the city at night. It was very cool being able to see the Lion City when it was alive and bustling, and when it was asleep and quiet. We arrived at the airport around 430 in the morning and checked in for our 6am flight. A couple Global Leaders took the chance the catch some more Z’s while we waited to board our plane. Emily was somehow able to sleep face first behind some chairs which got some stares from both the other Global Leaders as well as the people that were passing by. It was quite the sight. We took a shuttle to our plane and we were off to Kuala Lumpur. 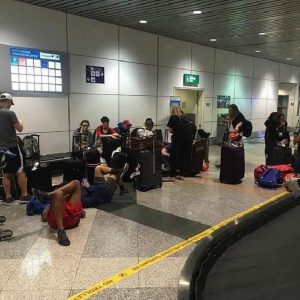 Our flight only took about an hour and we landed in KL around 7am. Just like how things go wrong on construction sites, we too ran into some issues with our luggage. One Global Leader had their suitcase burst open at some point and was wrapped together with some plastic wrap. Not one to be left on the bad end of things, our very own Justin Vogel, went to dispute the incident with the airline. Let’s just say that once again, GLCM came out on top. We then shuffled onto a bus, which I have to say, was one of the most luxurious coach busses most of us had ever been on. We were very happy to hear that it would be the bus that would shuffle us around for this last leg of our trip. 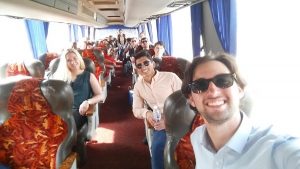 This was where we had to make some changes to our original tour. We were running a bit late so we had to do a drive through tour and were only able to spend a couple minutes at each place we visited. On our way to the first stop of the tour I noticed a couple things that were very different from Singapore. First, there were a lot more cars and motorcycles on the highways. Which made sense because in Singapore, you needed a permit to own a car which costs around $45,000 SGD. Malaysia is also less developed than Singapore and we could see that in some of the streets and lands that we passed by. Our first stop was the Istana Negara, the official palace of the Malaysian monarch. We only had 15 minutes so we took some pics and headed off to the next place, the National Mosque. 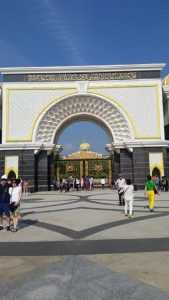 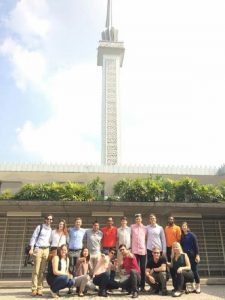 Islam is the official religion of the country and every Malaysian is required to follow it. However, people from other cultures and countries are allowed to practice their own religion. We saw some very interesting architecture and learned that people come here to pray 5 times a day while facing west, towards Mecca. After this we went to Merdeka Square were the Malaysian flag was first raised after the Malay people gained their independence.  It was an open field with one of the largest flag poles I had ever seen in my life. It was one of the tallest objects in the surrounding area. 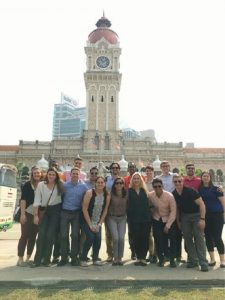 We then went on our ExxonMobil office visit before finally going to dinner. We went to a restaurant close to our hotel called Delhi Royale. Even though it was close it was quite an adventure to get there. We had to go through some alleys and had to off-road a bit in order to get there. It was very interesting because we were able to see truly how undeveloped Malaysia was. There were open manholes that were covered by planks. There was debris scattered throughout the streets and alleys. When compared to Singapore, the infrastructure could use a lot of help. Anyways, to end on a happy note, Delhi Royale was an authentic Indian restaurant that served delicious food. I personally got the Paneer Tikka Masala and the Lamb Biryani. There were flavors that I had never experienced before and everything just had so much flavor. Definitely one of the best meals we have had on the trip. 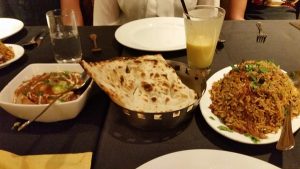