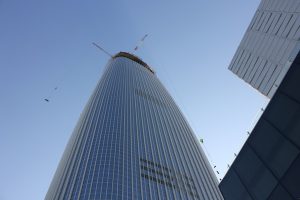 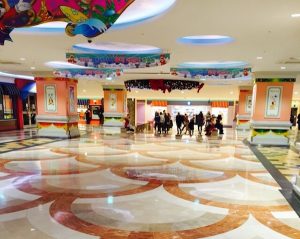 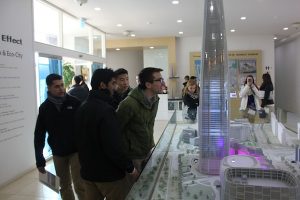 After 13 years of planning and site preparation, and even more years of conceptual design, the Lotte World Tower broke ground in March of 2011. While the building underwent many conceptual designs from architecture firms such as SOM, RTKL, and Pelli Architects, the architect for the final design is Kohn Pedersen Fox (KPF) based out of New York City (with BAUM Architects as the Architect of Record). The developer of the project is Lotte Engineering&Construction, with the $3.5 billion dollar price tag footed by The Lotte Group. The contractor is Lotte Construction Management. The structural engineer on the project is Leslie E. Robertson Associates. Other key players include SYSKA Hennessy Group as MEP Engineer, ALT Cladding for the facade, and RWDI as wind consultant. 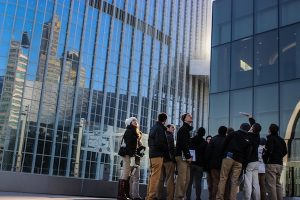 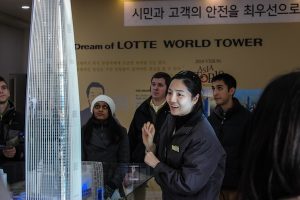 The tower is located next to the existing Lotte World complex in Seoul, south of the Han River. While we were unable to tour the actual construction site, our tour of the visitors center included an explanation and video showcase of the building design, features, and its significance. Through its construction, the project will require 4,000,000 workers, and upon competition, will create 20,000 permanent new jobs. The Lotte World Tower will serve as the future focal point of Seoul, drawing an estimated 50,000,000 visitors a year. 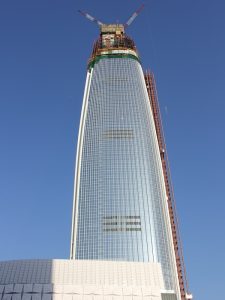