The Global Leaders spent the second half of the day learning about and exploring Seestadt Aspern. Seestadt (“lake city”) is a major urban development on the outskirts of the city of Vienna, the site of a former airfield. The group took the metro twenty-five minutes from the city center all the way to the end of the line, which was expanded as part of this development. After arriving at the office, we were given a chance to see a scale model of the planned development and a short presentation by one of the project’s urban planners, Valentin.

The master plan for this development was created in 2006 and is composed of three phases. Currently in the second phase, over 7000 people have moved into the development. Seestadt is planned to be completed in 2028 to provide housing for about 25,000 people and create 20,000 jobs. This project is a public-private partnership with investment totaling around 5 billion euros (~$5.5 billion). In the photo below, the first phase is on the left of the lake, phase two is on the bottom right, and phase three is the top right. 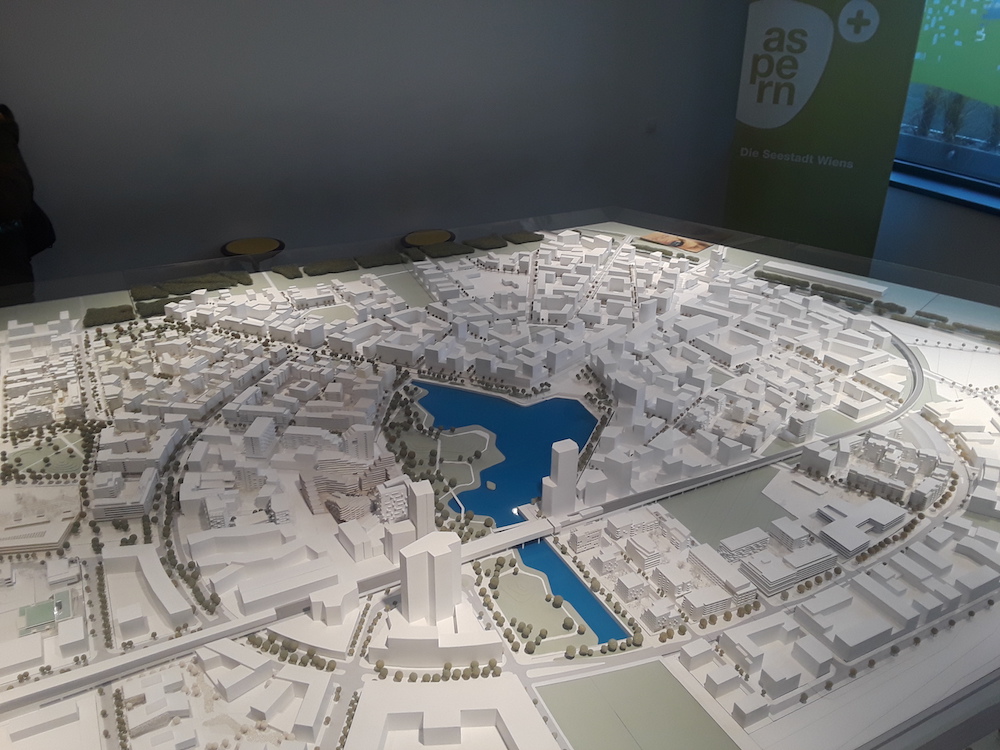 After the presentation, the group adventured through the development, beginning at the central, manmade lake for which it gets its name. Across the lake to the north, cranes can be seen working on a multicultural religious campus as part of phase two. South of the lake, it feels like the center of a city, with high-rise and mid-rise apartment complexes. In accordance with Vienna housing regulations, over two-thirds of the apartment buildings are subsidized housing. 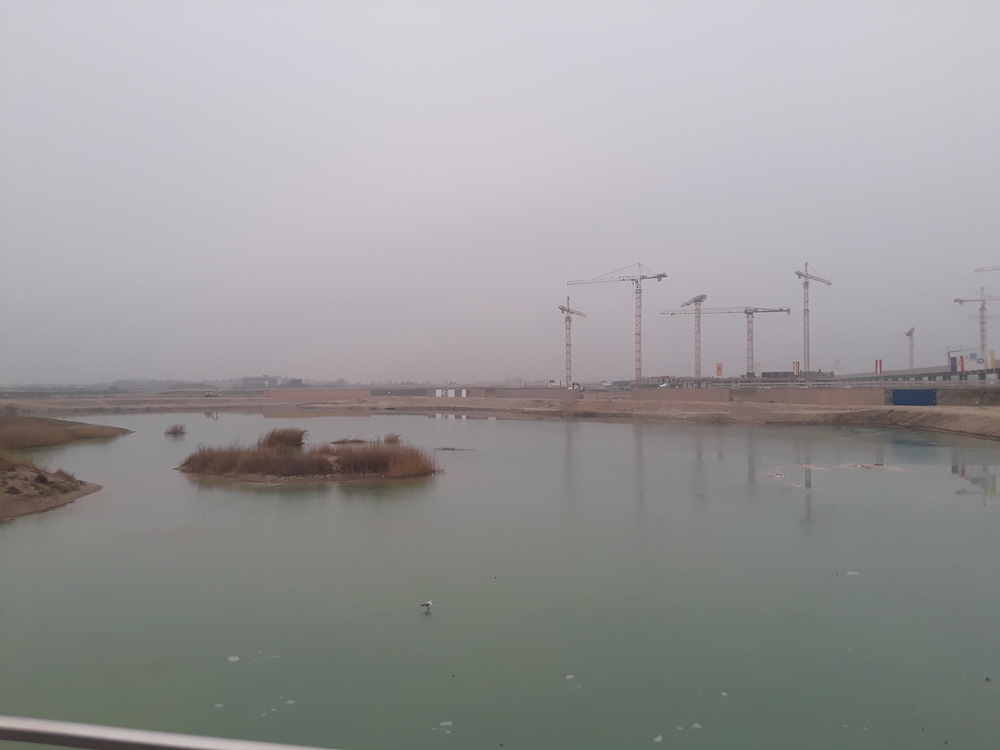 Walking through the area, it was very noticeable that the development was very environmentally friendly by being not very car friendly, but more focused on public transport and biking. Many of the pathways through the neighborhood were very narrow and most did not even allow cars on them. Collective garages are all spread apart, the same distance apart as all public transportation stops, to encourage the use of public transportation, which can be used to travel all the way across the city. Residents of the area are also given a card which can be used for free uses of e-bikes. 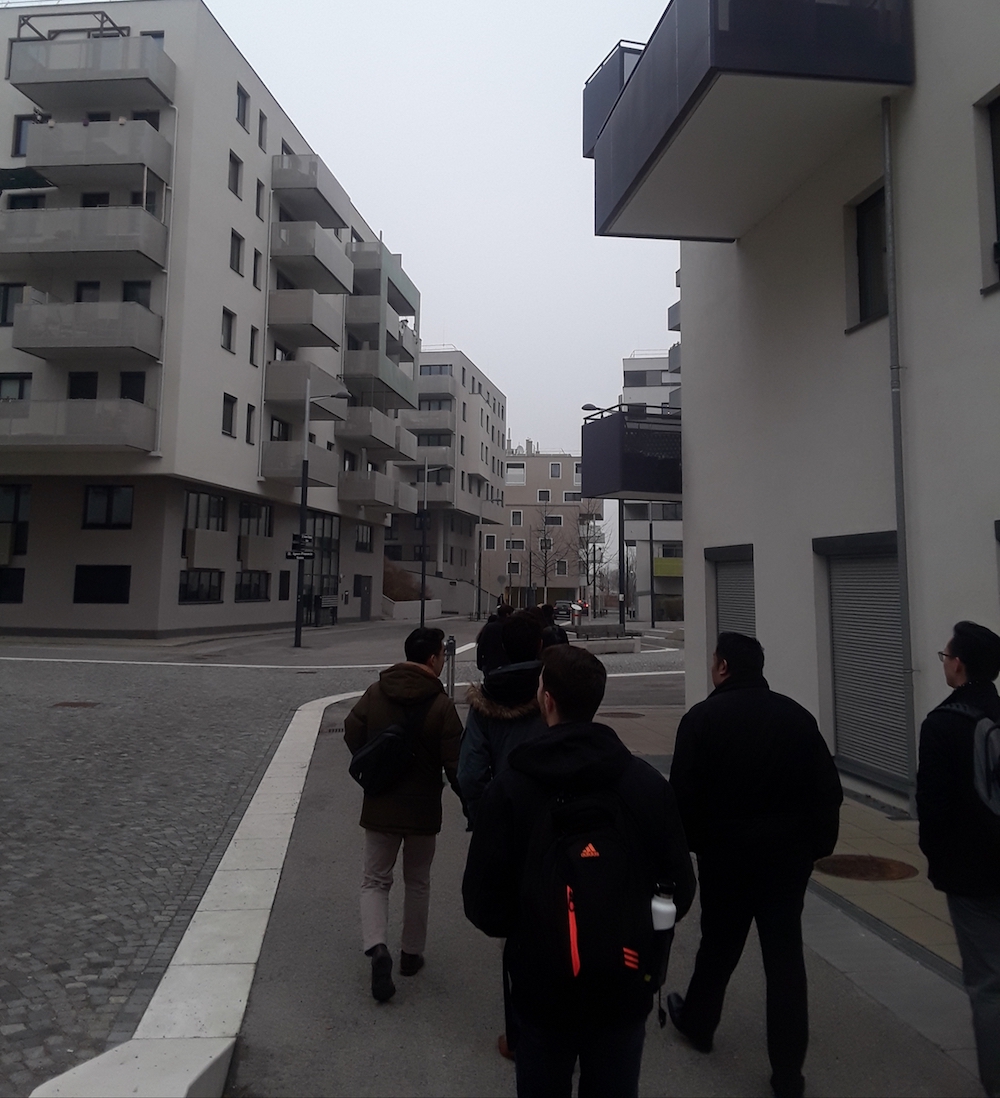 A testament to how green Seestadt is, stone excavated to create the lake was repurposed for the production of concrete on-site, greatly reducing the number of trucks needed. The most noticeable aspect of Seestadt’s environmental consciousness is that fifty percent of the land is green space or public areas. Small public areas are distributed throughout the area next to the sidewalks, between buildings, and in larger concentrations near the lake. On a cold and windy day, the group made use of these areas to keep the blood pumping and stay warm. 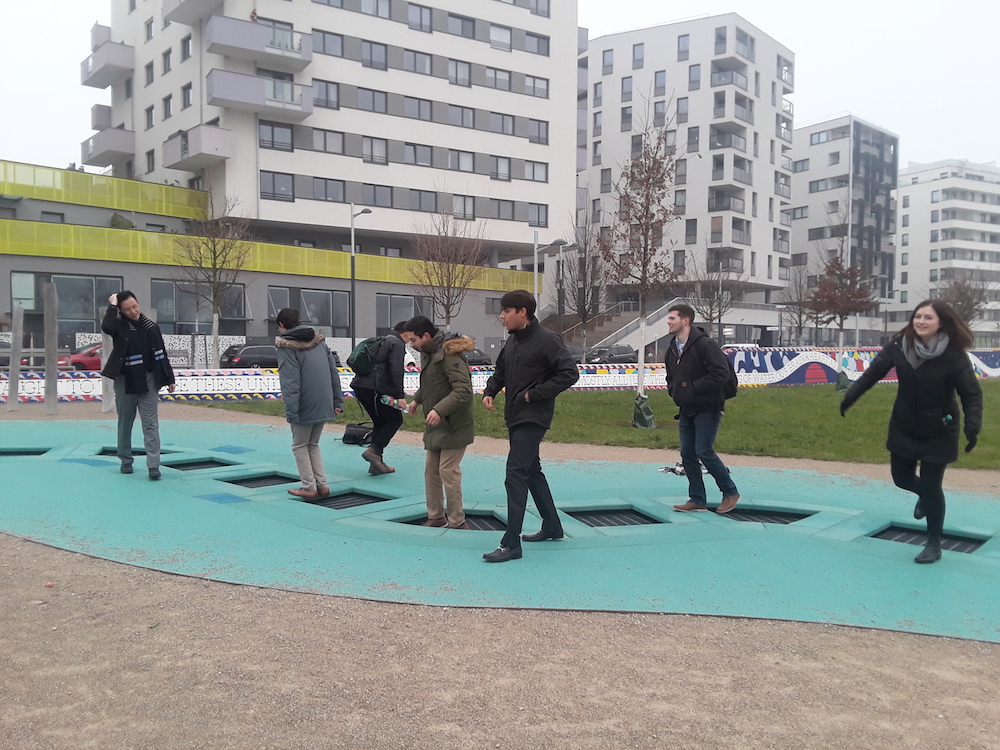 Seestadt is expanding rapidly and has some interesting selling points. Some are listed below.

* A large lake in the center of the community
* A twenty-four story skyscraper overlooking the lake, which is 75% wood
* A neighborhood management group which personally welcomes all new residents with gifts and groceries
* All of the streets are named after women to promote equality (Prior to Seestadt 98% of street names in Austria were named after men) 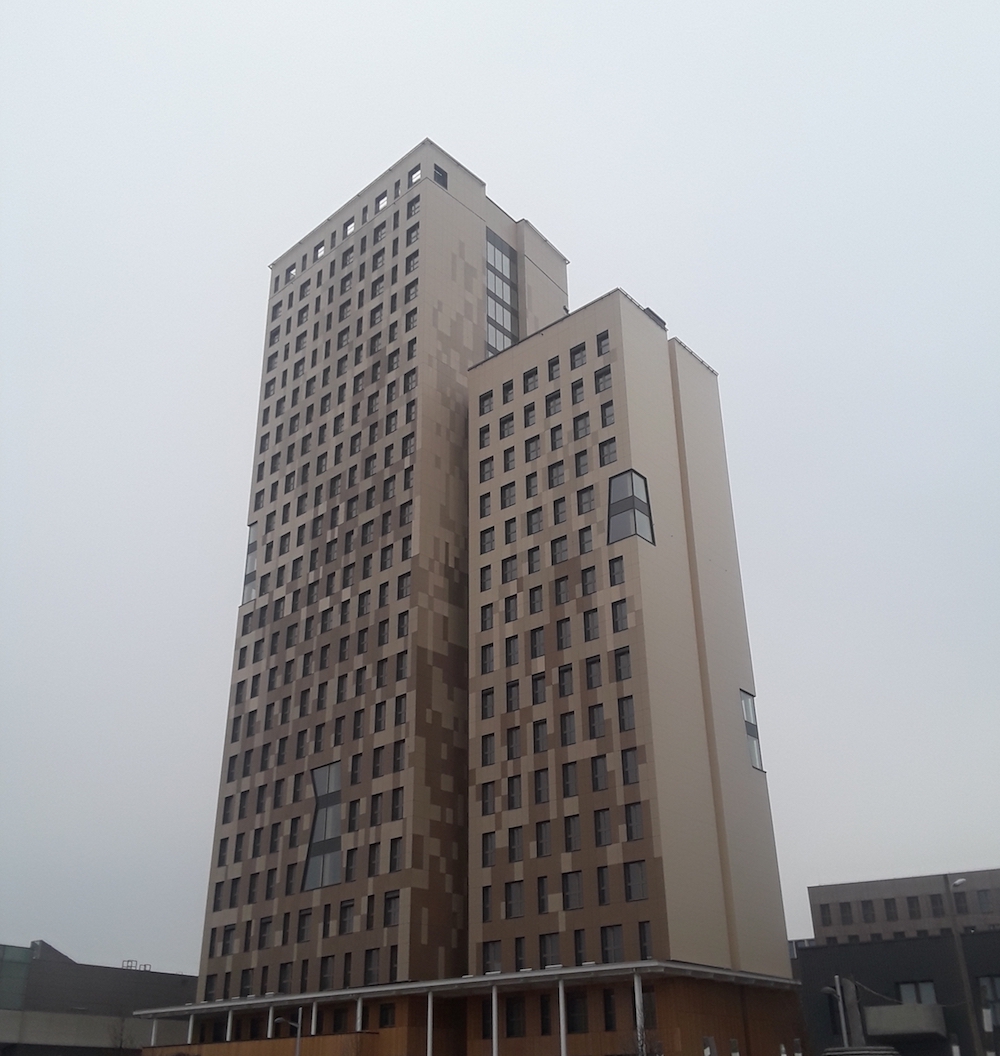 Overall, the group had a great time exploring Seestadt. It is truly a remarkable development.