For our first full day in Rome, we started by taking a walking tour through one of Rome’s most iconic tourist attractions, the Roman Forum. Back in the day, it was the Roman center of commerce, government, and religion and it is found just outside of the Colosseum. The Forum that we see in the picture above, with all the green trees and grass was actually under a swamp. The ancient Romans decided to create canals to drain the swamp and start building these magnificent structures dedicated to different Gods, Goddesses, and important emperors. 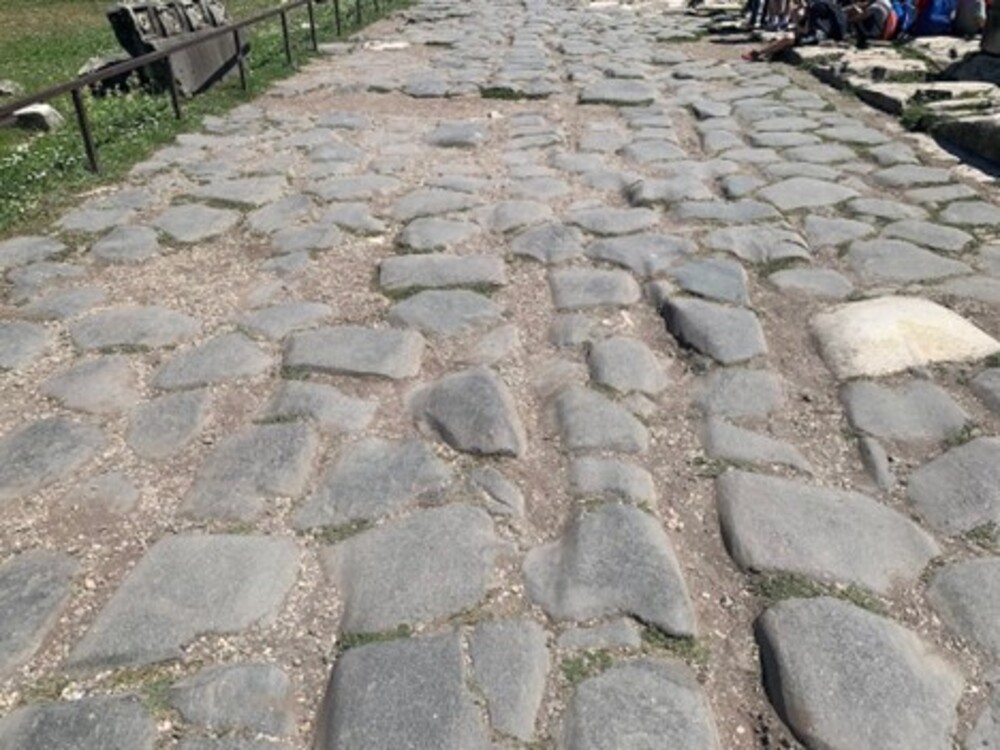 For a large portion of the tour, we were walking along the Via Sacra, which was the main street of ancient Rome. The path leads from the top of Capitoline Hill to the iconic Roman Colosseum while passing many ancient temples. The path was created from many large stones with cement used to bind the rocks together. As you can see from the image above, over time, many large holes are created throughout the path. This made the path relatively difficult to navigate because we had to watch our footing whenever we stepped. 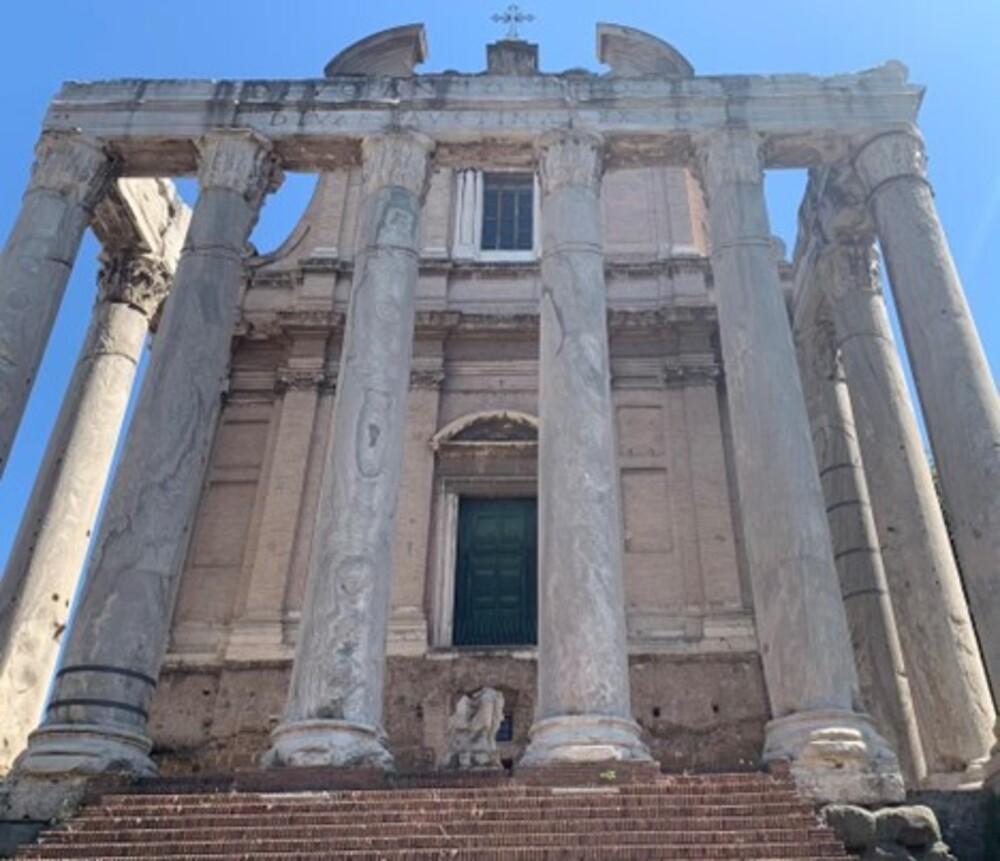 One of the temples we saw was the temple of Antoninus and Faustina. It was originally constructed by Antoninus for his deceased wife Faustina, who was the first Roman empress to have permanent precedence in the Roman Forum. After Antoninus’ death, the temple was dedicated to him along with his wife. The temple was usually used by priests who would go up to the center statue to pray and then relay information back to the people. Nowadays, it is used as a working church. However, the most interesting fact about the temple is one regarding the green doors. From the image above, we see that the green doors are located a couple of meters up from where the statue is located. This is because the location of the green door was the original ground level until the forum was later excavated to the ground level of today. 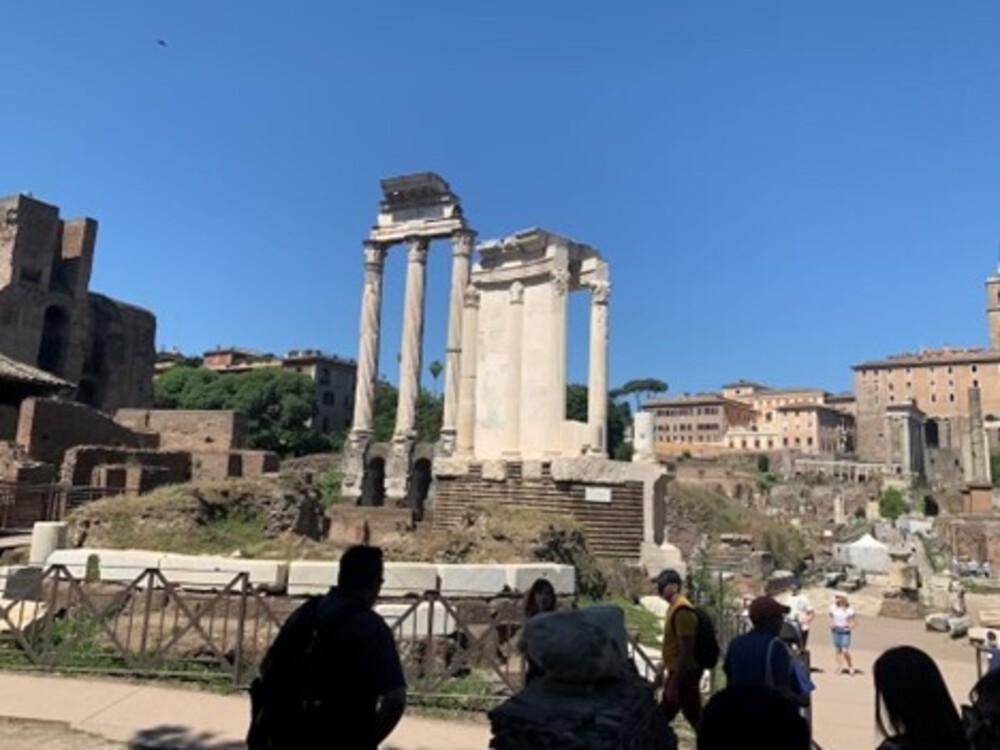 The next main structure we came across was the Temple of Vesta. The temple housed the holy fire which had to be continually burning throughout ancient times. To the ancient Romans, the fire was a symbol of Rome’s safety and prosperity. The temple was rebuilt to preserve what was left of the structure so it would not collapse, but it was kept as close to its original condition as possible. This was because they did not want to change too much of the original structure and destroy the magnificent work of the ancient Roman people. 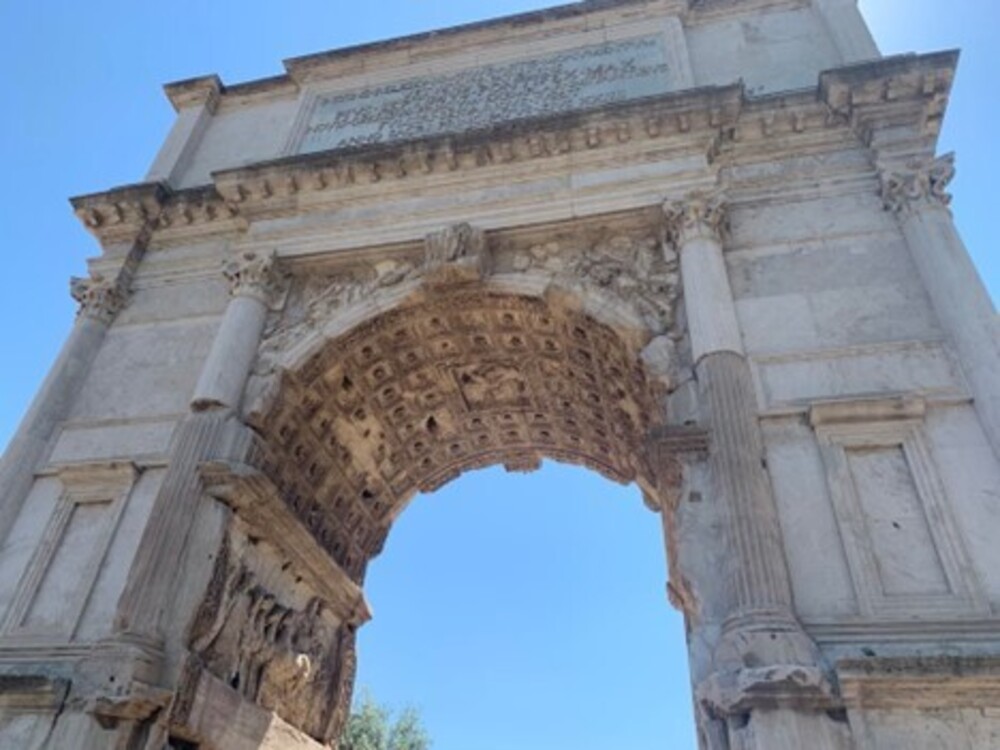 Another structure we saw was the Arch of Titus. It was constructed by Emperor Domitian to commemorate Titus’ victory over the Jewish rebellion in Judaea. As you can see from the image above, the arch contains many decorative panels with lots of detail put into it. The panel depicted the celebration of the Roman victory after the fall of Jerusalem. 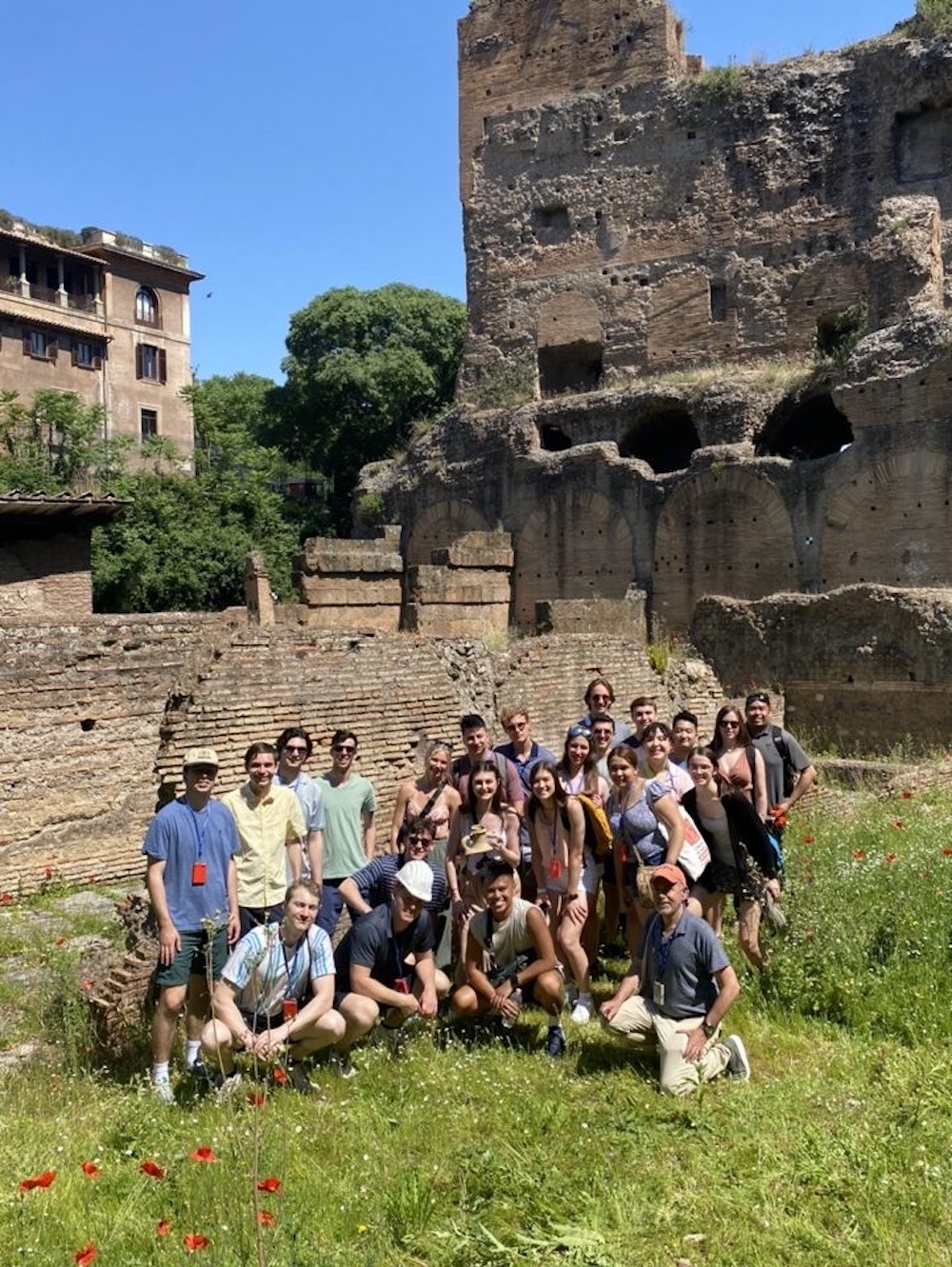 A special thank you goes out to Tom Greene (our tour guide) for hosting our program and preparing a fantastic visit for us!