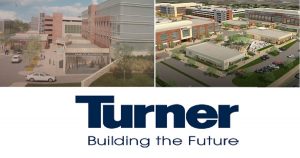 The Spring Break 2013 trip began with a visit to the Tappan Zee Bridge project. The New York Thru Way Authority and the Tappan Zee Bridge constructors are undertaking the 3.1 mile bridge project that is expected to be completed in May 2018 for 3.9 billion dollars. We had the opportunity to meet with Daniel Marcy of the NY State Thruway Authority who serves as the community relations specialist and Christopher Woods the Director of DBE Pre-construction Services from McKissack. While the current bridge is structurally sound it is in need of replacement due to the safety and congestion issues that currently exist. The current bridge has no shoulders, steep grades, high accident rates and a no mass transit capabilities. The project has been a long time in the making. The concept began in 1999. During those eleven years, 88 million dollars was spent on feasibility studies, there were 430 public meetings and 150 design concepts.  Under Governor Cuomo, the project began to move toward fast-track. Removing the mass transit component of the project enabled them to develop a plan that was more feasible. 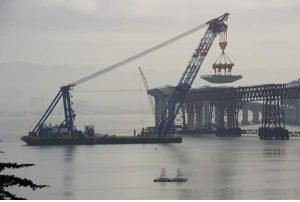 The main participants of the Tappan Zee Bridge Constructors are Fluor, Granite, Traylor Brothers and American Bridge. Each of them brings their own expertise to the project. Fluor and American Bridge was a joint venture on the Oakland Bay Bridge. They developed the world’s largest floating crane in 2009, which can be seen in the image above. It is fully automated with GPS technology and can lift 1750 tons (12 Statue of Liberty). The project delivery system is design build.  The bridge will be constructed south of the current bridge because the thru way authority owns this land. It also minimized additional construction in local communities by using the current landings. When completed it will allow for 138,000 vehicles per day, have 8 traffic lanes, pedestrian/bike paths, several emergency turnaround lanes and the capability of having bus rapid transit. 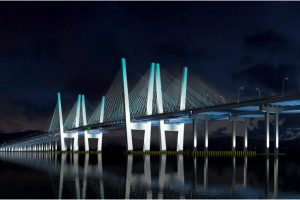 The public interest has been a major component of the project. When construction begins there will be real time video, air quality and noise monitoring. If the noise level goes above the allowable level, the project manager has the ability to shut down the project if the problem is not corrected within an hour. The project is applying vibration techniques that will reduce the noise from pile driving. The project will be transporting materials via barge to reduce traffic in the local community. The project team aims to have 10 % of the work be performed by disadvantaged business enterprises. They are passionate about helping small and minority businesses grow. The project aims to help create jobs for the community. A large percentage of work in New York is related to construction activities. Finally, the project seeks to address public concern throughout the project. The project team is very transparent with the community about all the aspects of the project. The Tappan Zee Bridge project was an excellent opportunity for GLCM to learn about the extensive planning involved in large scale public projects.