On the seventh day of our trip, we visited the construction site of a future train station on the Metro C line. The everyday crew size of 150 consists of three different subgroups. One focuses on demolition and excavation of the site, which extends below ground for a total of four levels. A second group concentrates on concrete pours and beam placement, while the third is in charge of the placement of any pre-cast concrete. In typical U.S. construction, pre-cast concrete and concrete pours are not used simultaneously; this observation highlights one of the differences between Italian and American construction strategies. 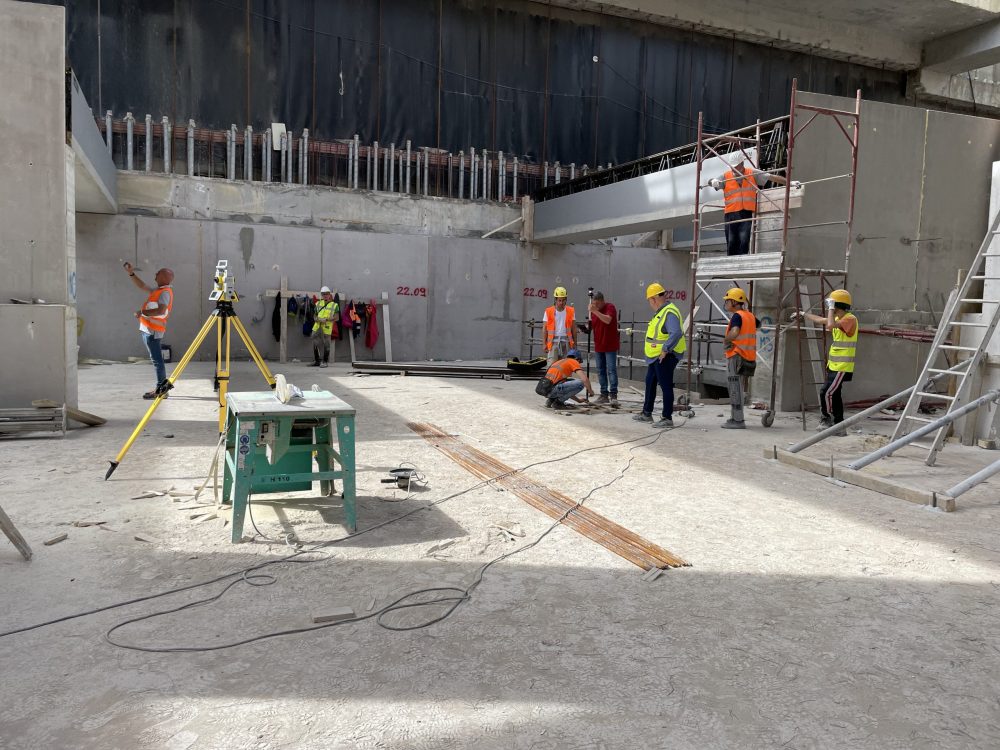 The 250 million dollar project has an estimated completion date of October 2024, however, we learned that in Italian construction, completion dates are often pushed back or delayed due to unexpected archaeological findings during excavation. Designs are constantly altered in order to preserve and account for any ruins. As a result, construction culture is more relaxed than in the United States when it comes to design modifications that must be made during construction. In the United States, lengthy change orders and paperwork are required if problems arise causing designs to be changed mid-project. By contrast, Italian engineers and designers do not have similar paperwork, due to the unpredictability of excavation. Each construction project is overseen by an archaeologist and a panel of preservationists who decide which artifacts will be salvaged, and how they will each be displayed. This site in particular was designed in three sections to maximize efficiency when archaeological delays inevitably occur, so construction could progress in at least one area at a time.

On the Metro C site, one floor of the station will be dedicated to a museum featuring the archaeological discoveries from during construction. In the second century A.D., military barracks sat on the ground that will become the new train station. The barracks were located at the bottom of a valley, directly adjacent to a river. Living in this kind of topography would be considered disadvantageous due to flood risk, so the findings of developed dwellings came as a surprise to the archaeologists. Heavy design modifications were created to account for the unexpected discoveries. It was decided by the preservation panel that the barracks would be removed from the site and then reconstructed and displayed in the exact places they were found on the museum level of the station. This process is lengthy and demanding, however the preservation of history is a top priority in Roman construction, and the extra cost and labor is implied with any contract dealing with archaeological remains. 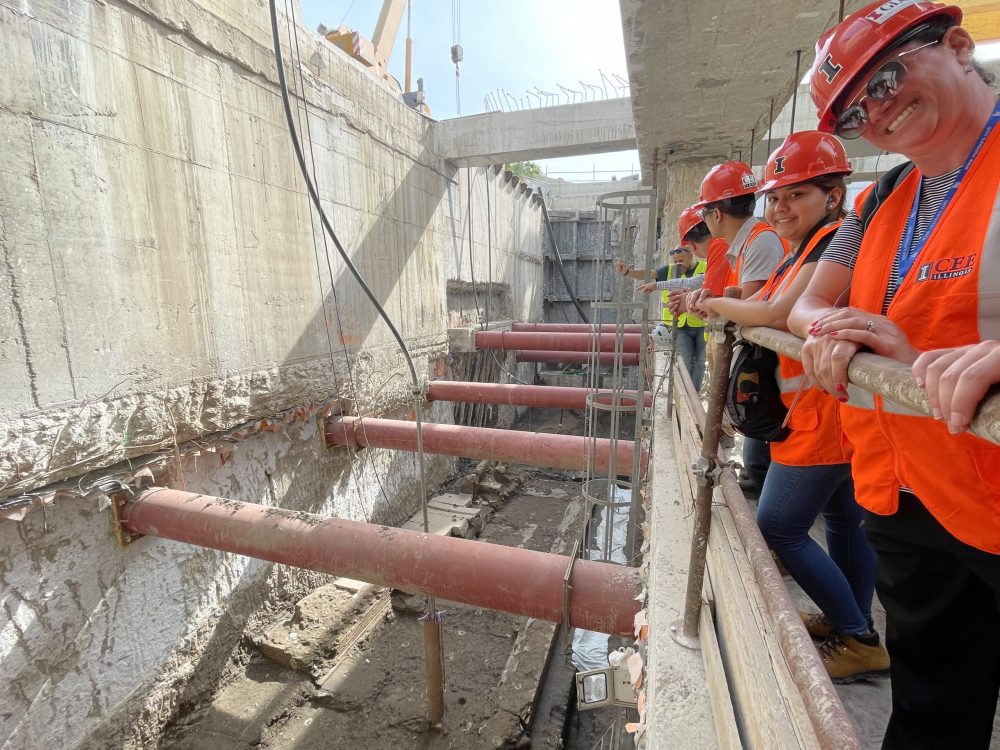 The site itself consisted of four main floors. The open piazza ground floor, the museum floor beneath it, the transfer floor, and the subway level. Work was focused on the ground floor during our site visit. On the ground level there was a gantry crane, used to move and set the large steel beams which will eventually support the concrete floor of the level. Temporary stairs and wooden walkways were installed for ease of access. In typical U.S. construction, concrete pilings are utilized for access between height ranges like these, however, they would be a hassle for the Metro C site if excavation revealed any archaeological remains. Thus, more adjustable methods of access were engineered. 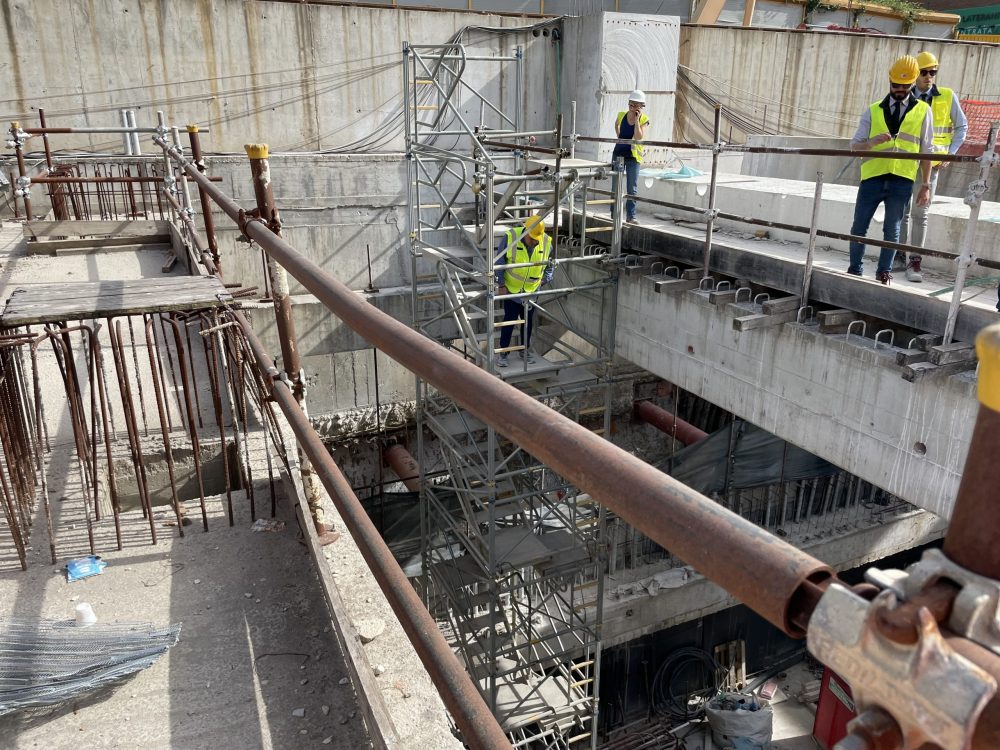 Us GLCM students were excited to get the chance to speak with the Metro C engineers. One engineer in particular, Lorenzo, was extremely knowledgeable about the design and construction of the station, due to his heavy involvement in the project. He also spoke excellent english, which allowed students to ask him a barrage of questions throughout the visit. As a thank you, he was given a new Illinois hat for welcoming us into his site and informing us about his project. 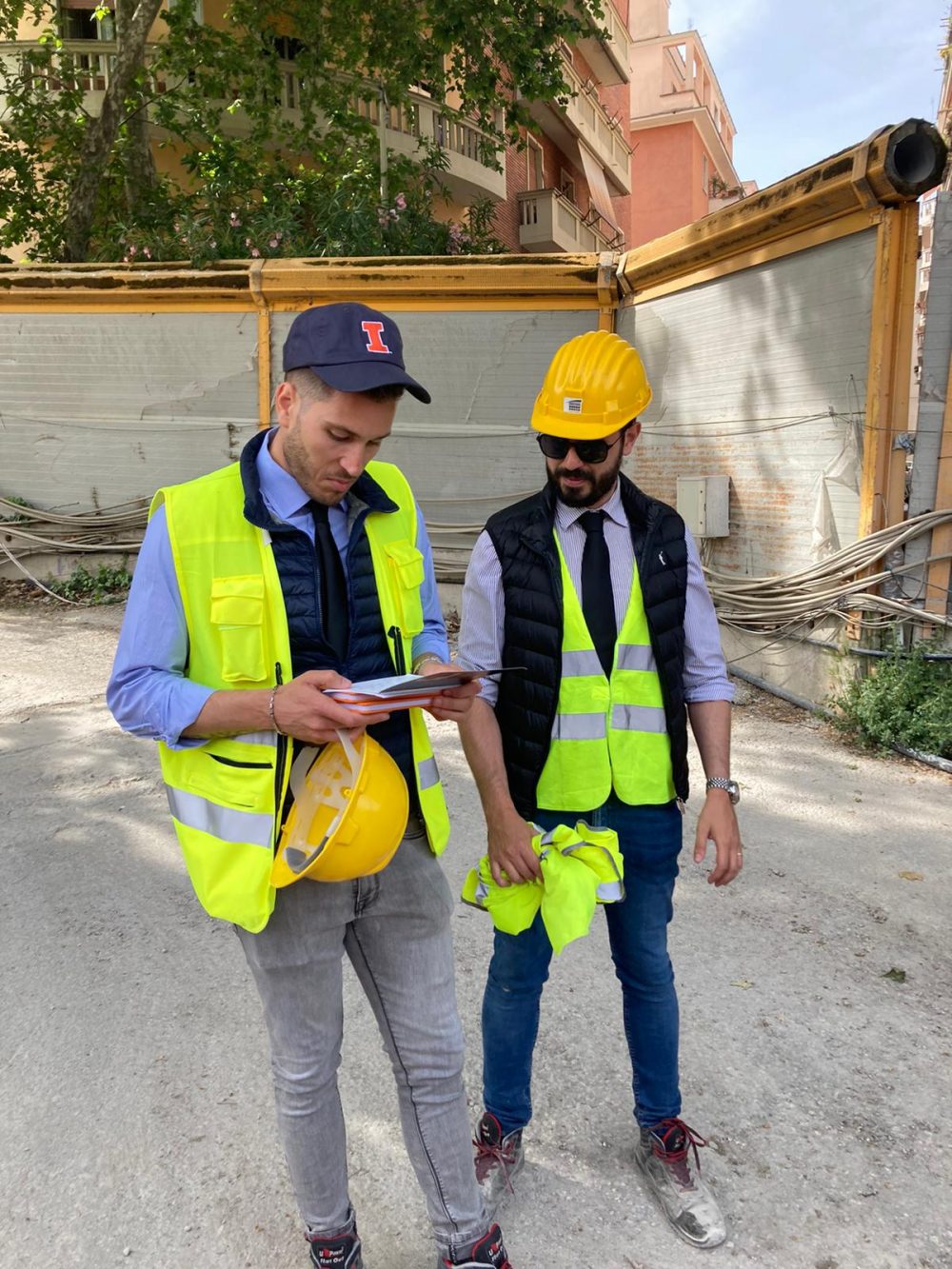