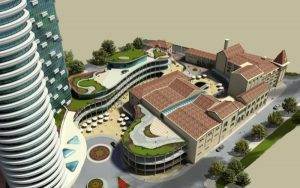 The first site tour for our January 2013 trip to Istanbul, Turkey was the Hilton Istanbul Bomonti Hotel  and Conference Center.  We were hosted by IC Holding, acting as the owner, the developer, and the project manager for the center.  The planning engineer, Levent Senoglu and internal auditor, Kerem Sahin began the morning with an overview of the construction climate and practices in Turkey.  Turkey is experiencing an economic boom with the average per-capita income doubling since 2004.  After considering Turkey’s population of 74 million, Turkey is the 17th largest market in the world. 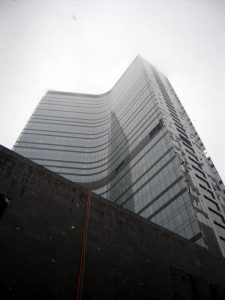 The Hilton Istanbul Bomonti Hotel and Conference Center is set to be the largest hotel under development in the city by number of rooms and size of meeting space, providing Istanbul with a world-class conference facility which will attract new international conference business to the city.  The project is located in one of the oldest areas in the city of Bomonti and neighbors the Old Bomonti Brewery, an iconic building of significant heritage in the city center.  The historic brewery was incorporated into the final project.  IC Bomonti is the first Turkish development  to bring extensive entertainment, dining and retail facilities; as well as a museum and arts center together with the business world.

Our hosts exhibited Turkish hospitality as we were served tea while we discussed the project.  When completed the center will have three main uses: a five star hotel with 833 rooms, two floors of office with high-level finishes, and a congressional and civic center.  The new build area will encompass 153,570 m2, and 166,285 m2 with renovated spaces.  The project is set to be completed within six months. 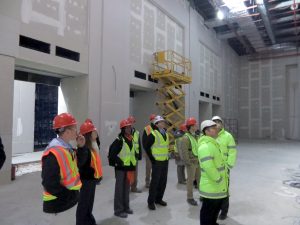 After going over the scope of the project, we toured the still under construction project.  We were lead through uncommon heavy snow into the building, where we made our first stop on the top occupancy floor.  We were also shown lower floors, complete with finishes going through a preliminary punch-list process.  We finished our tour in the lower-level ball room. 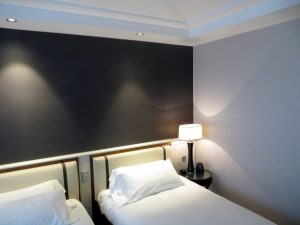 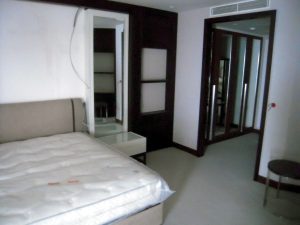 One of the most notable differences in construction practices was the single owner, developer, contractor performing the project.  This allowed for a cost plus fee contract, which is very rarely used in the U.S.  Also very different is the determination of a project completion date.  The completion of the project was set based on the needs and desires of all parties involved, and the schedule is developed and pushed in order to meet the deadline.  This is feasible because it is very easy to quickly increase resources devoted for the project. 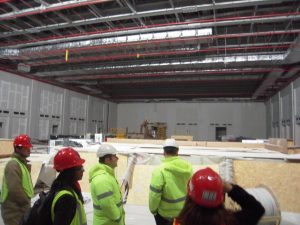 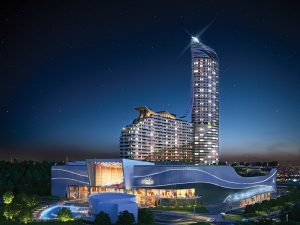 Our day continued with a visit to the Akasya Mixe-Use Development.  This was the first of our projects located on the Asian side of the city, just past the Bosphorous Bridge.  When complete, the Akasya development will include residential condos and apartments, as well as retail and other commercial space.  The development is being constructed in separate phases, all united by the Central Park.  At the entrance to the development we met our tour guide, Ali, who works as a Quality Control Manager for the project.  Our bus tour began with the portions of the project that have already been completed, the Lake side and Forest Side flats.  The two sides each include 450 flats, and took about two years to complete.  The price for these condos was roughly 6 Turkish Lira per Square Meter for people purchasing units prior to project completion, and 10 Turkish Lira per Square Meter today. 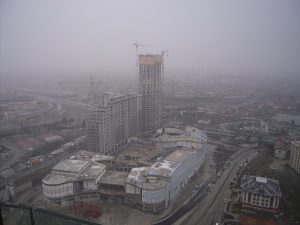 After that, we went over to the first tower completed on the project to get a better view of the project.  The completed tower, which contains flats of several different sizes, has an office on the 30th floor which the developer uses for sales.  Our group split up to go up the tower, with 7 of us riding together with Ali in one elevator.  Immediately after hitting the button to go up, our elevator dropped about 6 feet and stopped between levels.  After several minutes of being trapped with the building’s staff attempting to save us, we were finally able to escape through the lower level. 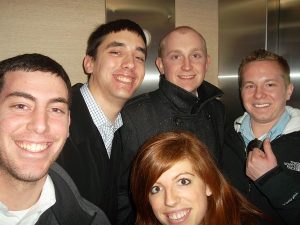 After we got a better idea of the scope of the site, Ali explained the structure of the management for the project.  The PM Company which Ali works for is Pro Plan, with the primary contractor being SAF GYO.  This firm is actually a partnership of 3 Turkish companies which formed in 2005 when the project began.  SAF GYO purchased the land for the project, and began planning the development soon after.  The primary design firm for the development was an American firm, DDG.  After the design was completed, a different Turkish Architect prepared the documents, and builders were hired for the project.

The final portion of the project still under construction includes the second tower and mall, totaling 650,000 square meters.  The mall will cost 100 million T.L. to complete, and is scheduled to be finished in August 2013.  The tower will be finished in March 2014 at a cost of 400 million T.L.  Because of the massive size of the project, the development is also going to require a large investment in transportation to accommodate residents and traffic for the mall.  This will include a new access road to the primary Anatolian highway. 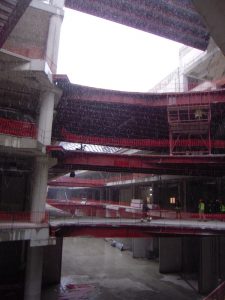 The final part of tour was the mall site.  It primarily consists of steel bridges and concrete slabs.  The structure still has a lot of work before completion, but retailers have already started buying spots in the mall, with the larger retailers purchasing spaces first.  When complete, the mall will have 250 stores, 50 restaurants, and its own metro station.  Overall, the massive project has a long way to go, but should provide a large variety of living and shopping options for Eastern Istanbul.