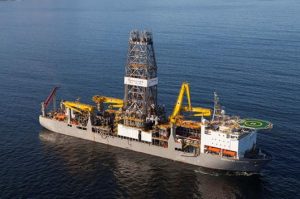 “Basically we spend hundreds of millions of dollars to determine if it is in ExxonMobil’s best interest to invest billions of dollars in the region” said John Knapp, Managing Director of ExxonMobil’s exploration office in Bucharest, Romania.  Knapp was our host for an office visit during our third day in Romania and was summarizing the mission of the office that he manages.  They have deep sea exploration operations in the Black Sea, which is bordered by countries such as Romania, Bulgaria, Ukraine, Russia and Turkey.  ExxonMobil became interested in the Black Sea region and, specifically, Romania a few years ago.  They recognized that the Austrian-owned Petrom had the entire lease for oil drilling in Romania’s territory of the Black Sea yet no deep sea exploration experience, leaving much of the region unexplored.  Exxon proposed and secured a partnership leveraging their rich history of deep sea drilling experience.  Last year they drilled their first well and it proved to be a successful one, which means the development of permanent extraction operations is a possibility in the future.  Currently, their exploration drilling rig has left the region and is being used elsewhere while they gather 3-D seismic data to determine if it will be profitable to set up a full production office and extraction operation in Romania.  ExxonMobil’s presence in Romania could grow from a 20 person exploration office to a full size 250 employee production office. 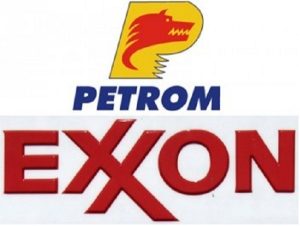 Much of our conversation involved the overview of the company and their office’s operations.  Further discussion involved cultural issues in the region.  When asked about how ExxonMobil operates in the Eastern European bribery culture, Knapp assured us that his company avoids and tries to prevent the need for bribes.  They seek to plan accurately such that they will not be in a situation where they will need to pay a bribe.  Other discussion surrounded signage.  We commented on the difficulty we encountered while trying to find their office, entering 3 buildings before discovering the correct one.  As it turns out, ExxonMobil seeks to maintain a low profile in their host countries and thus intentionally decides to ditch company signage.  We also discussed how the company shifted from a geographical to a functional organizational structure.  Before the 1990’s, they had regional offices that handled all functions from exploration to refining/supply.  Now they are organized based on function which allows them to operate more efficiently.  All of this conversation took place in their Emergency Support Room which featured 3 whiteboards: “Worst Case Scenario,” “Casualty” and “PEAR.”  PEAR represents their ordered priorities of People, Environment, Assets and Reputation which they seek to keep even during emergency situations.  Our meeting with John Knapp gave the impression that they want a culture of safety to permeate every aspect of their business.  In short, Knapp taught us much about the oil and gas industry and much about his company.  ExxonMobil continues to be a strong partner of the Global Leaders in Construction Management program. 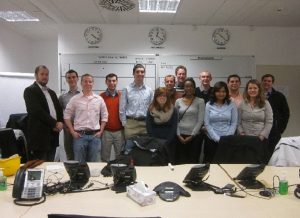 The 2013 Global Leaders in Construction Management trip concluded with a visit to the Romanian National Theater restoration project. The current theater was originally constructed in 1972. A fake facade was constructed in 1985 to cover the original facade which the government did not approve. The project is set to restore the outside to its original form and upgrade the functionality of the inside. The site engineer, Chitima of S.C. Aedificia Carpati S.A provided us with a site tour. The company specializes in restoration projects. 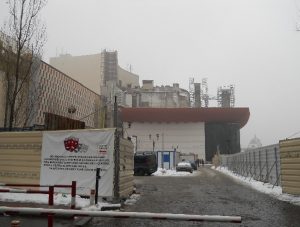 The total project cost was 60 million euros. The project was funded by the European Union. Since the project was funded by the European Union, a civil engineer from Holland visited the project four months ago to ensure that the project is progressing well and the funds are being used properly. The Prime minister of Romania also visited the project two months ago. The total project duration is thirty-eight months. The project began in March 2011 and will conclude in summer 2014. The project has twenty managers and will have between three hundred and six hundred construction workers during the project. Construction takes place five days a week, ten hours a day. S.C. Aedificia Carpati S.A had a joint venture with an electrical company for the project because electrical works consisted of about 10 % of the total project. The theater originally consisted of five floors. A sixth floor will be added and will consist of a library and a mechanical room. The foundation was reinforced for the section of the building with the additional floor to ensure that the building could carry the additional weight. They are also constructing an open-air stage on the upper floor that will serve as a performance area during the summer months. The main hall stage will not be renovated. The site engineer described the stage as being a complicated system. The stage has seven different parts, so that different parts of the stage can be lifted to various heights. 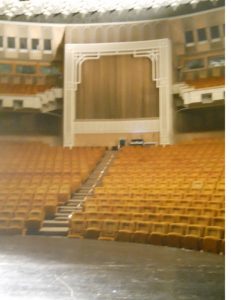 The main challenge of the project is restoring an operating theater. The contractor must maintain three functional theaters at all times and keep construction as far away from the performance areas as possible. All of the other projects that we visited during our trip were new construction projects and the National Theater project was an excellent example of the challenges of associated with ensuring that construction progresses according to the schedule and the operating theater can function. 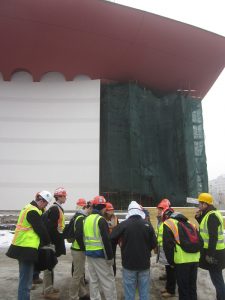