The last day of our project tours brought us to Emre Arolat Architects (EAA) office, headquartered in the Levent District of Istanbul.  The contemporary sleek modern office only began to paint the picture of EAA and their illustration of high design. Emre Arolat Architects was founded in May of 2004 by Emre Arolat and Gonca Paşolar in Istanbul.  EAA currently has 70 people on staff, mostly architects.  These 70 staff members are divided into 6 design teams, which collaborate together on the firm’s ongoing projects.  Each of the six groups are directly linked to Emre Arolat, who continually influences and oversees all designs projects. 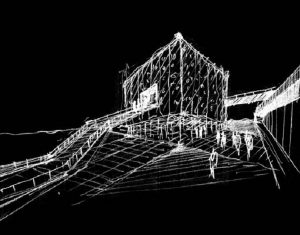 We were greeted upon our arrival by Nil Aynalı, an architect, who presented EAA’s most recent works and described their design concepts and philosophy.  EAA aims to maintain an architectural design practice focused on the “situation” and to develop this idea through the potentials inherent to it. This practice is based on identifying the individual difficulties of each project, of each special situation, determining their particular inputs, and looking for answers to the situation. 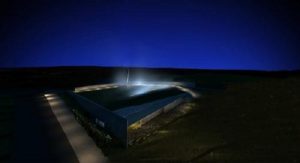 As of late, EAA has responded to the rapid growth in the Turkish economy by being awarded numerous projects and producing many high quality designs.  Since EAA’s founding in 2004, they have been received over 30 design excellence awards as well as prominent showcased buildings.  For instance, the Zorlu Mixed-Use Project (we visited yesterday) was commissioned by EAA through an international design competition.  The competition included some of today’s most prominent architects like, Daniel Libeskind and Mario Botta. 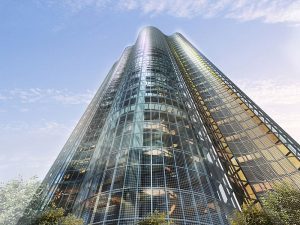 With such a high reputation of excellence and distinction that Emre Arolat Architects has achieved over the last 9 years, they have set themselves apart as a prestigious architectural design firm not only in Istanbul and Turkey, but throughout the world. In this attempt, EAA has continued to push the envelope in terms of design, dispelling the architectural principle “Form follows Function” by creating their own ideal, in that, the relationship of the user’s experience within the landscape(function) creates the form.

The owner of Soyak Crystal Tower Project is Soyak Holding, a prestigious developer and contractor as well, while ARUP is the project manager and Koray is the managing contractor and specifically in charge of all reinforced concrete. It was interesting to compare the Soyak Crystal Tower Project with our previous site visits from earlier in the week. One of our tour guides was Ayhan Gonul, the Assistant Project Manager from Koray, and the project manager from ARUP. The tower has asymmetrical sloping surfaces adding a dramatic silhouette on the highway nearby and to the city of Istanbul overall. The design is the first building to use performance-based design due to the heavy seismic area. Pei Cobb Freed was the main architect for the development working together with Thornton Tomasetti as the structural design and JBMB as the mechanical designer. 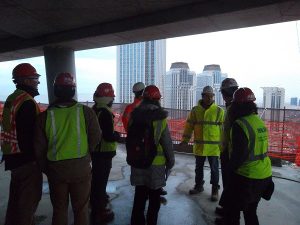 The development consists of the main 170 meter tall tower and a shorter more generic tower, separated by a shop area as a base. The main tower is projected to have 35 floors of office space for a total of 100,000 square meters, with the 3rd, 21st and 31st floor as mechanical area because of the hydrostatic pressure needed to pump water to the upper floors. The basement of the development includes 8 levels of parking, a total of 40,000 square meters. The manpower is about 130 total workers out of which about half are rebar and the other half are form work laborers, all working 2 shifts due to the availability of only one crane. In terms of schedule the project began in July 2011, and the construction is currently on level 21st for the main tower with all construction projected to be done by November 2013. Due to the unique design of each slab, it currently takes 11 days per floor and hoping to decrease it to 9 days per floor for the top of the tower. In the beginning, the first 3 floors took 42 days per floor due to their complexity. The development will be turned over as a core and shell with all the MEP installed. The building maintenance system installer has been awarded to a contractor and an automatic BMU will be used to clean the façade. It was surprising to find out that there are no tenants set for the development. 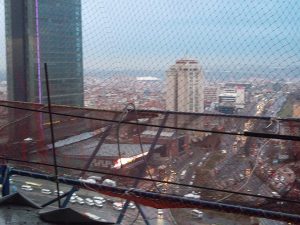 The main challenge with the project is the unique design. Due to the geometry and the restriction of the client to use reinforced concrete, 32 cm diameter rebar was used for all the columns and beams. The team encountered difficulties at the connections between the columns and the beams because there was no room to weave the rebar together. They tried to use 3D modeling to resolve the clashes; however, it turned out to be impossible, so they used 2D drawings for cross-sections of each connection. Overall, the impression was that the project had a unique managing organization strategy due to the unique design.