Now, the GLCM team came out to the third site visit of the day sponsored by The Hanover Company, which was on Blvd Place. This project is a 31-story high rise with a pool/amenity deck on the top level, which is the tallest the company has ever done. Levels 1 through 4 are for the new Hanover corporate office while levels 5 through 31 are for residential apartment units with level 5 also containing an amenity space. There is also a 5-story precast parking garage for a mixture of office and residential parking spaces. Currently, almost anybody can walk off the street and lease an apartment. Levels 5 through 16 are turned over to the city and can be occupied. There are around 20 to 25 residents who live in the building at the moment. One of the difficulties with this project due to current residents living in the building is keeping construction workers out of occupied areas and keeping the construction noise down. 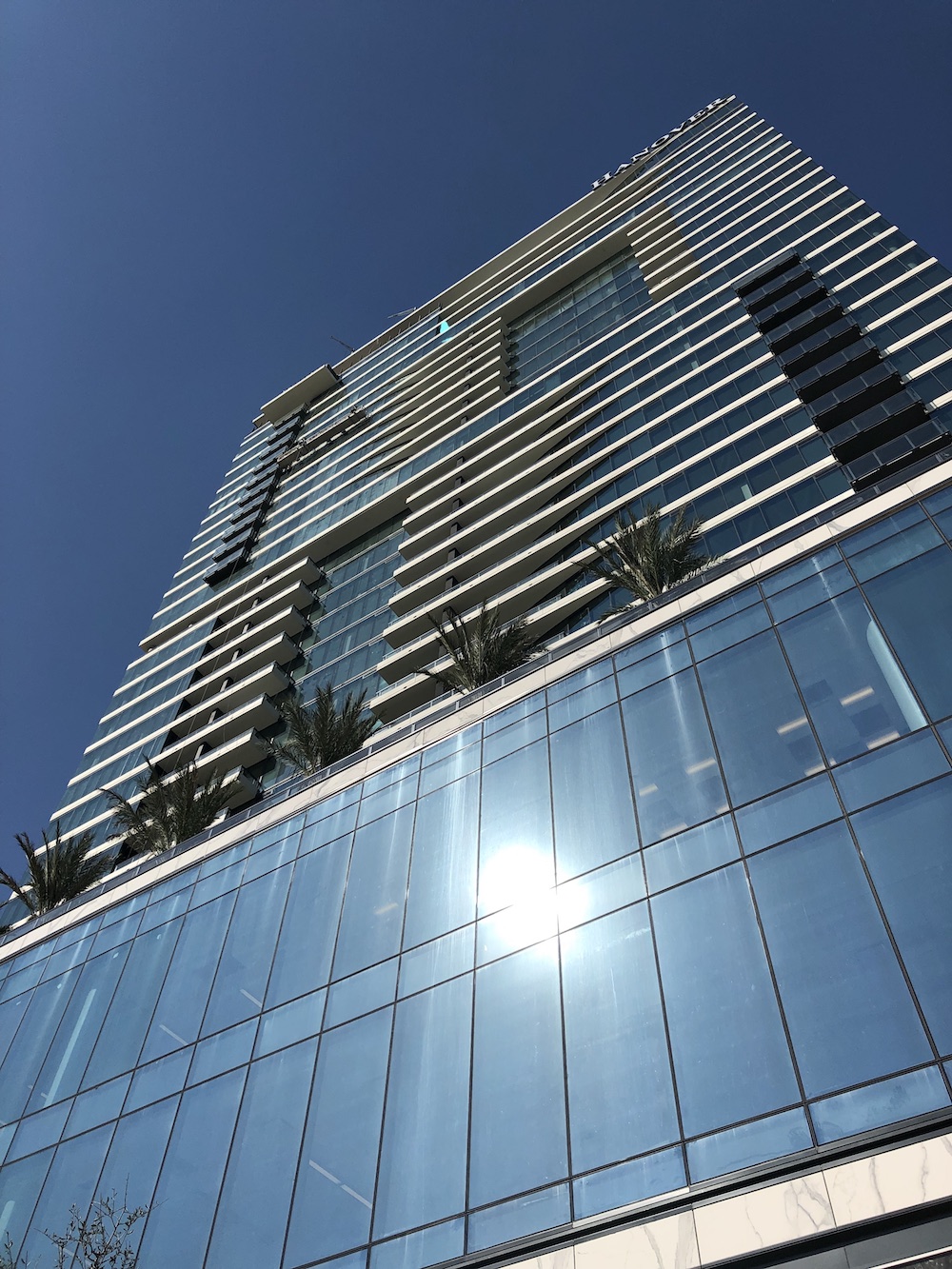 The team were guided by the Project Executive and Project Manager of the project. We started on the 32nd amenity level and then went down level by level to see the progression of construction. The 32nd level has different amenities such as a fitness space and a kitchenette. There were construction challenges with the 32nd floor because the fitness space is above a few apartment units. The construction team had to build a floating slab with sound isolation boxes. They poured the floor with a vapor barrier below it and raised the floor up on a fully compressed spring. There is a 3-inch air space between the bottom of the slab and the top of the structural slab. This is because if someone drops a weight on that floor, the people in the level below will not be able to hear it. 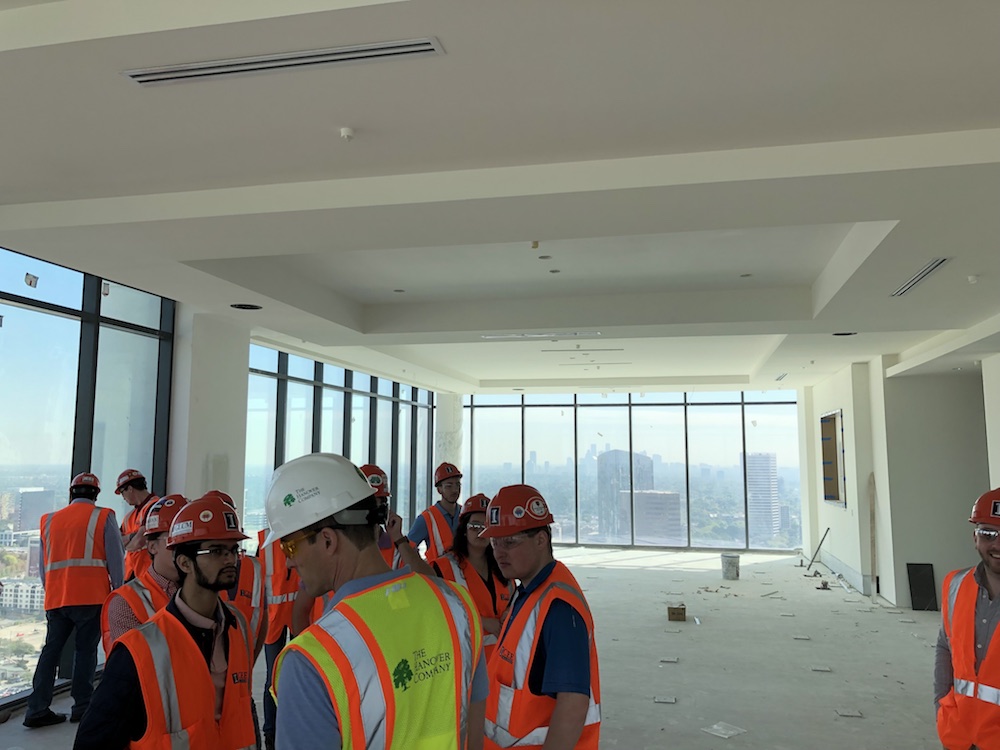 The team went outside to view the pool area on the 32nd level. For this area, they hired a consultant to perform a wind study because the wind is higher at this level. They are building an 8-foot tall glass guardrail around the perimeter. This is taller than they typically do because the consultant recommended going higher to make it less windy. Additionally, in that outside pool area, there are a few places to sit along with a couple BBQ stations. 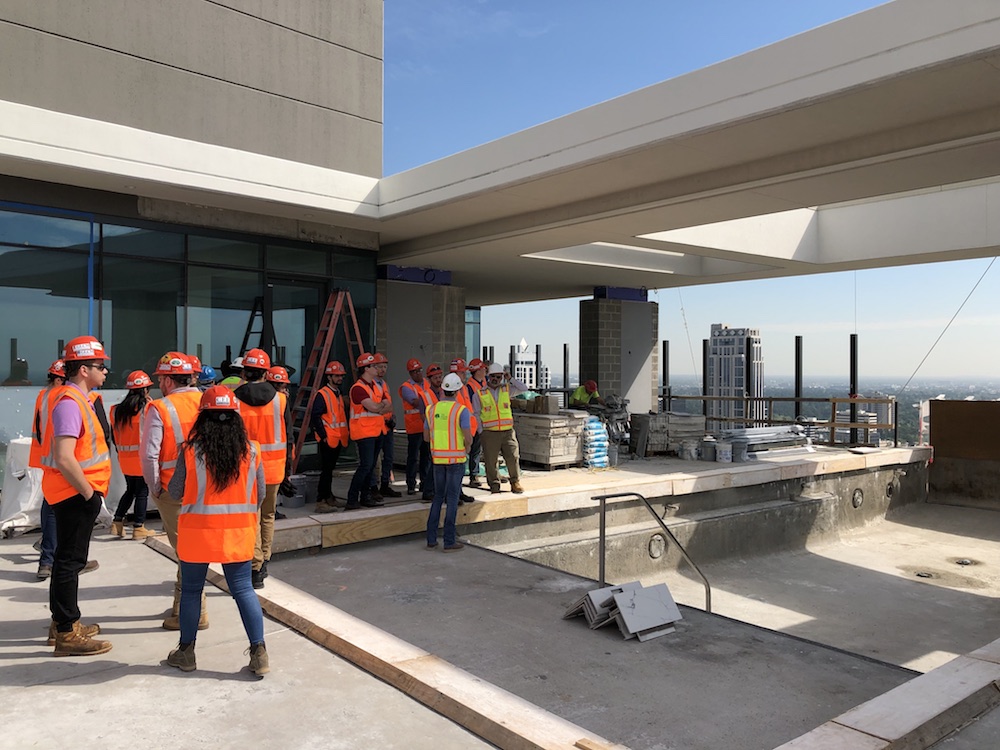 After, the team started going down the levels to see the progression. The first top levels were still in the stages of finishing placing the cabinets and other equipment. The middle levels were almost finished with the bathroom and kitchen finishes. The team were even showed some apartment units on the lower levels in which they would show people who were interested in leasing a unit. It was fully installed and finished with couches, shelves, etc. The Project Manager explained that the project has three different tiers. Levels 5 through 21 are called the lower tier and has 13 units per floor. The middle tier of levels 22 through 29 has 8 units per floor. The top tier of levels 30 and 31 has 6 units of floor which are the penthouses. 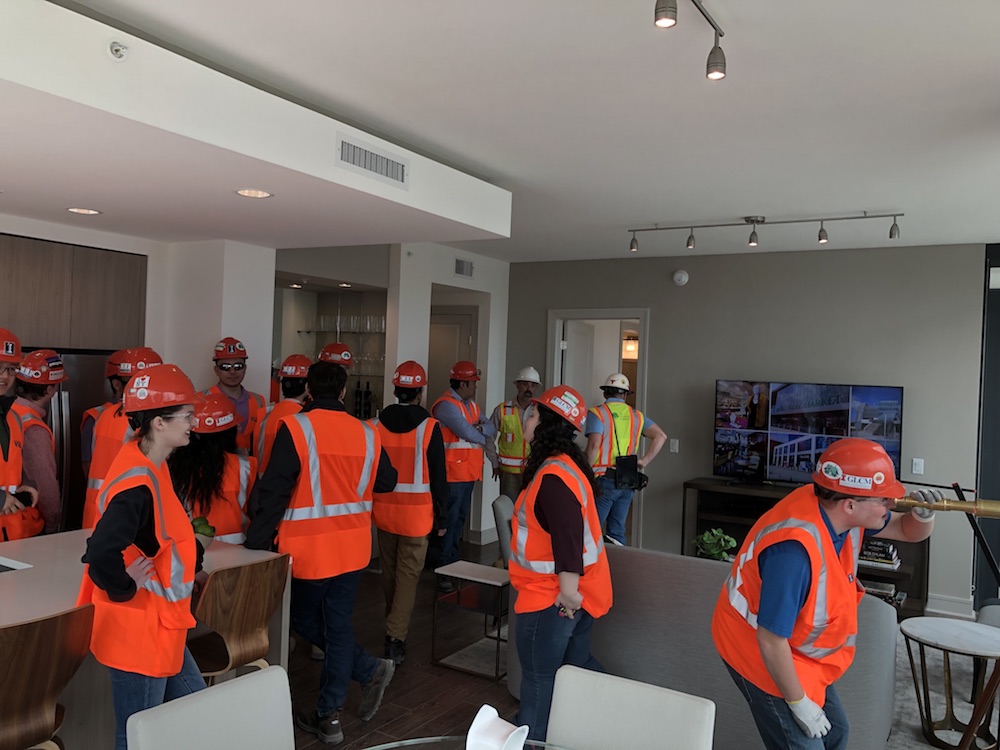 Once the team was showed all the different types of apartment units, we were shown the levels for the corporate office. This part of the project has been the most difficult part of the entire building because many people have different opinions on how it should be constructed. In terms of what the levels will contain, level 2 has a mezzanine with a fitness space. Half of level 1 is the leasing office for the residential and the other half of level 1 is the lobby for the office. The other levels mostly contain individual offices, office cubicles, and conference rooms along with a kitchen and library. 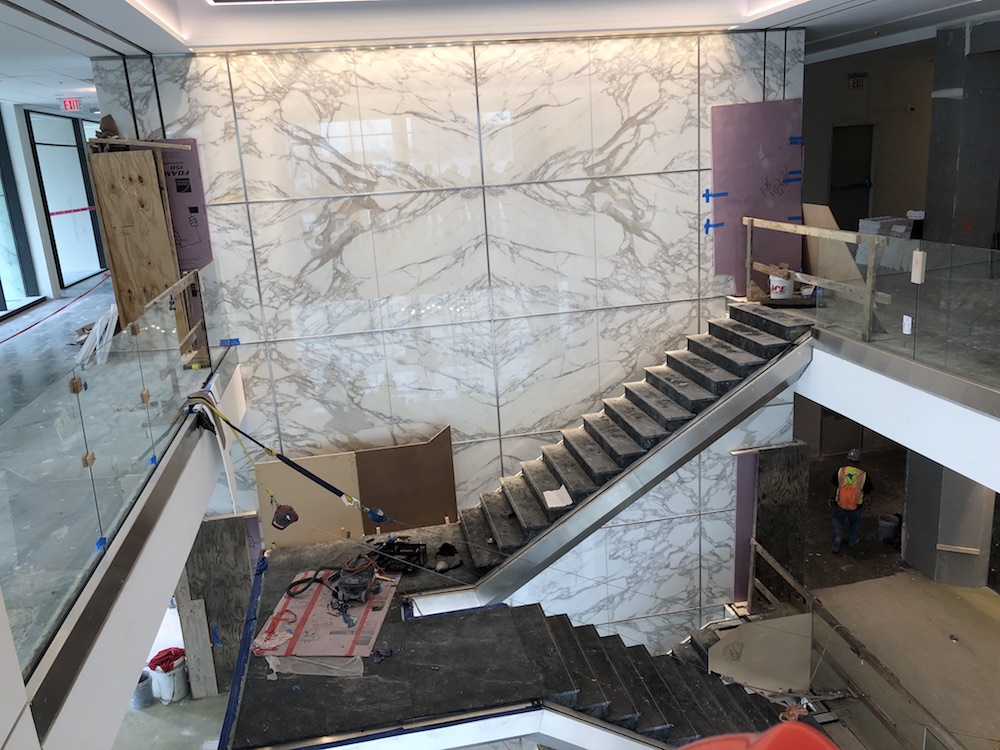 Thank you very much to the Hannover Company for providing us with a long day filled with various construction site visits. 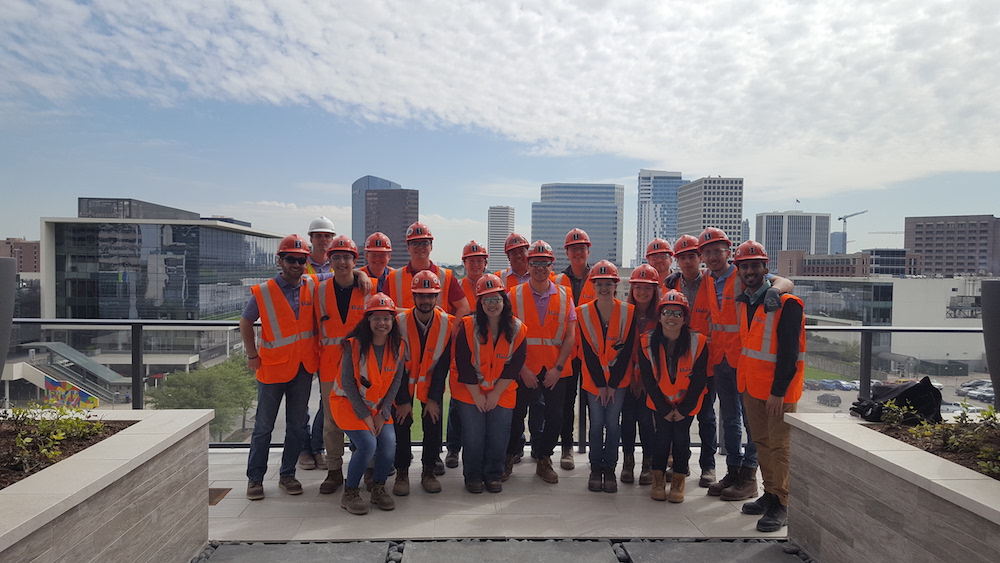