Our day with The Hanover Company began at 1964 West Gray St., the site of a new luxury apartment in the midst of superstructure construction called The Driscoll at River Oaks. We drove down one of the nicest parts of the city, the streets lined with high-end retail, fine dining, and flashy cars. The weather in the morning was perfect for visiting job sites: sunny, low 60’s, and a slight breeze to keep us awake. We met Jason Lister, a Project Executive with Hanover who had been working on this project since groundbreaking. 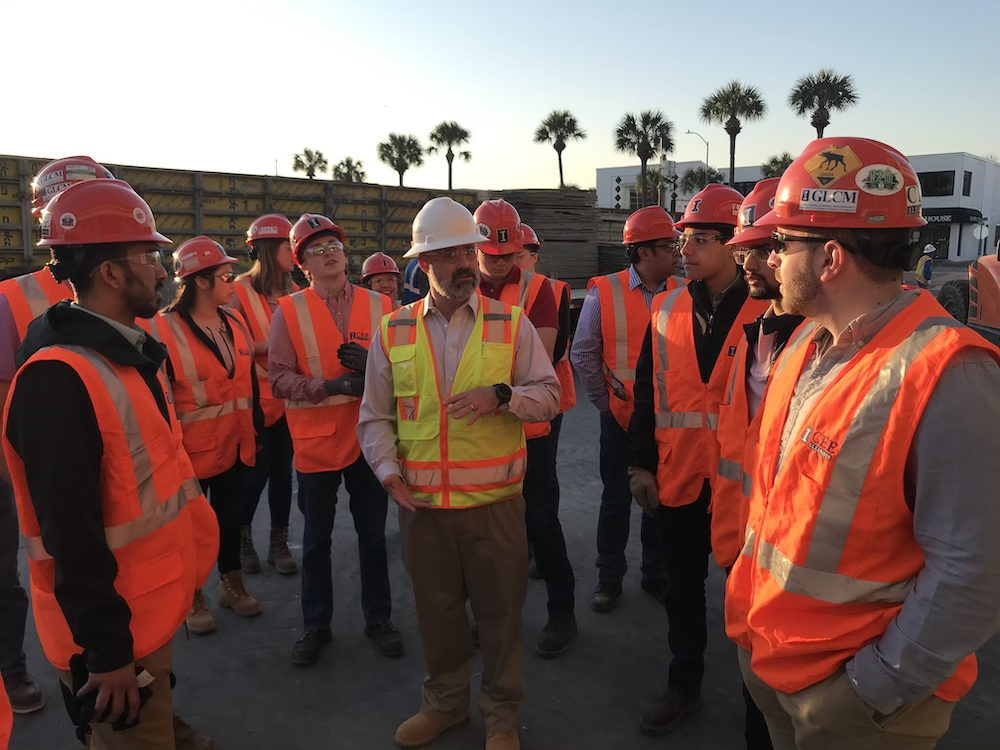 This project will feature 300 rental units and numerous amenities, coming out to about 560,000 square feet over 30 stories. Well… technically 29 actual stories, as Lister informed us Hanover never builds 13th stories for superstitious reasons. It’ll stand at a total of 310 feet, and the total contract value is $115 million. 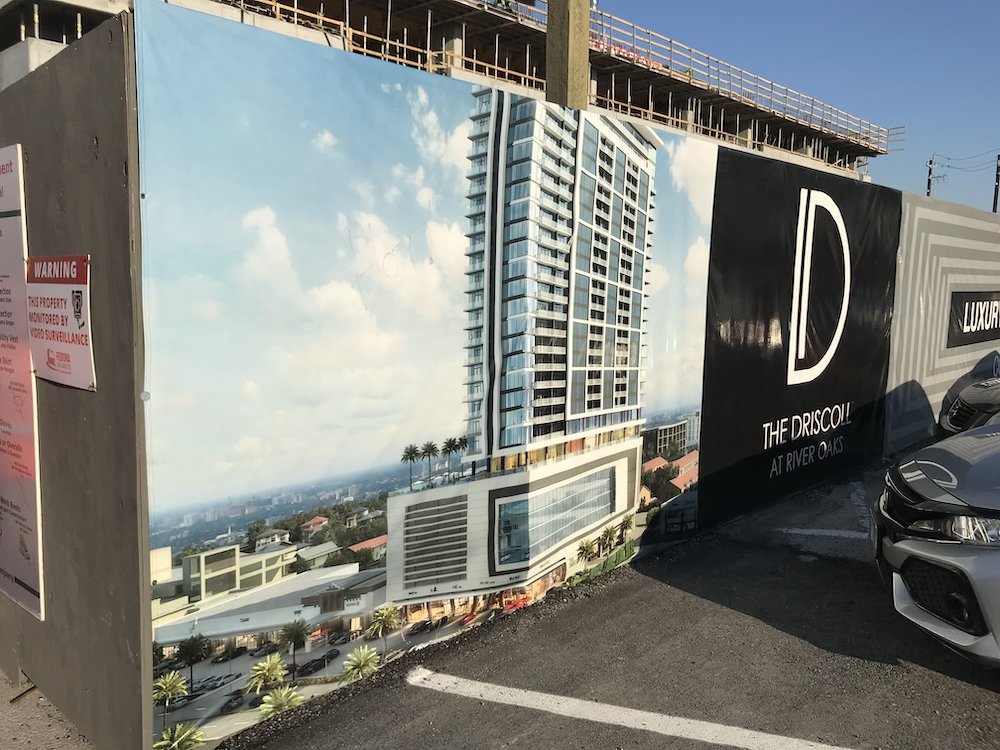 Lister discussed various challenges they faced underground when starting out. For one, the environmental survey came back with potential for contamination in the groundwater, and even though it was a slim chance the project team decided to carry out operations as if it were a guaranteed outcome. Their carefulness paid off in the end when the site actually was contaminated, and by relieving the hydrostatic pressure in the foundation they were able to greatly reduce environmental impact. Lister’s advice was always to err on the cautious side: anticipate the problems before they arise. 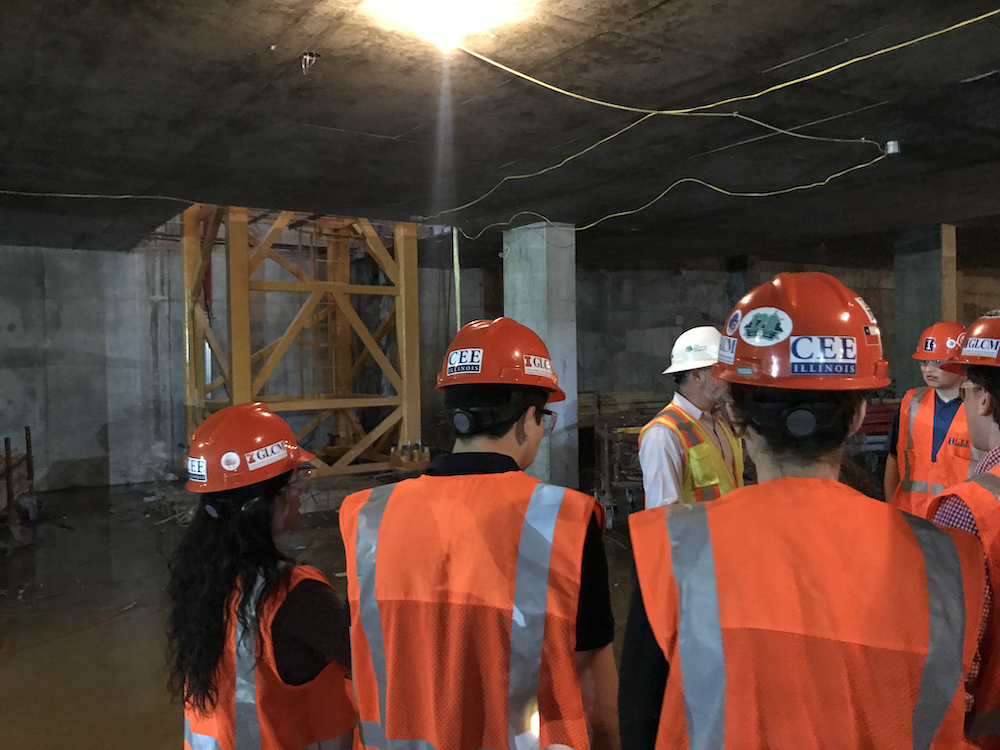 The foundation was a particular point of pride for this project, with a 7’ thick concrete mat on grade. It required 8000 cubic yards of concrete poured over a 10 hour period, a big coordination achievement. Due to the site’s proximity to houses, during any weekend or night work, the project staff even had to book hotels for the neighbors to keep them happy. They were able to pursue a very aggressive schedule due to their close relationship with Keystone, a large concrete subcontractor in the area. Lister told us they were about three months ahead of schedule as they finish the parking deck sections and begin with the residential units. 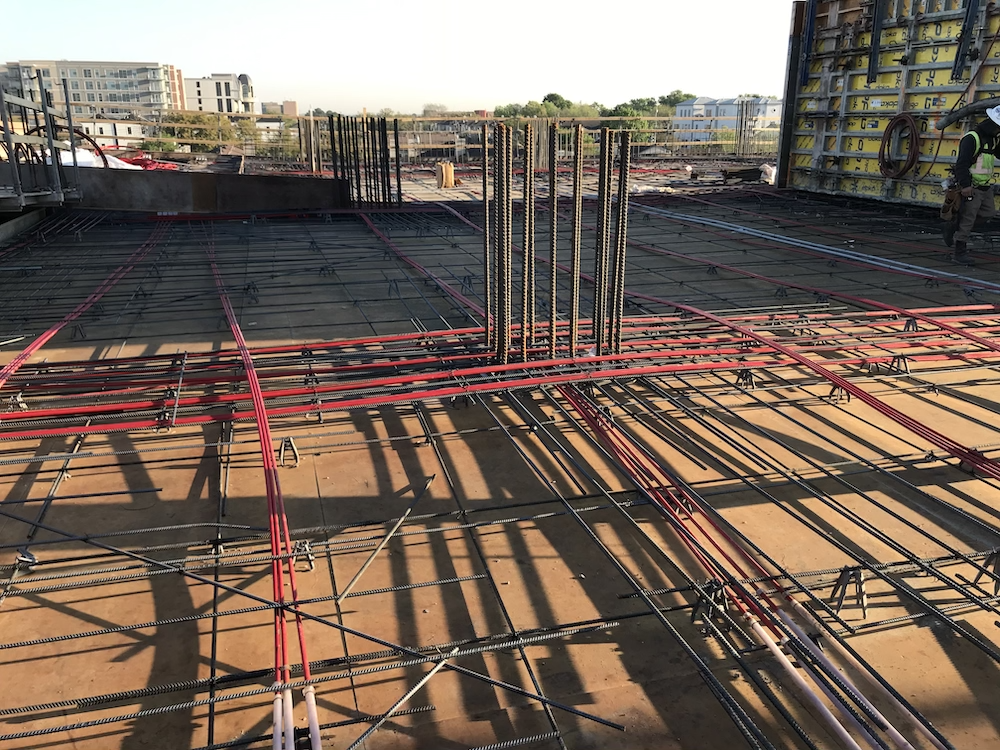 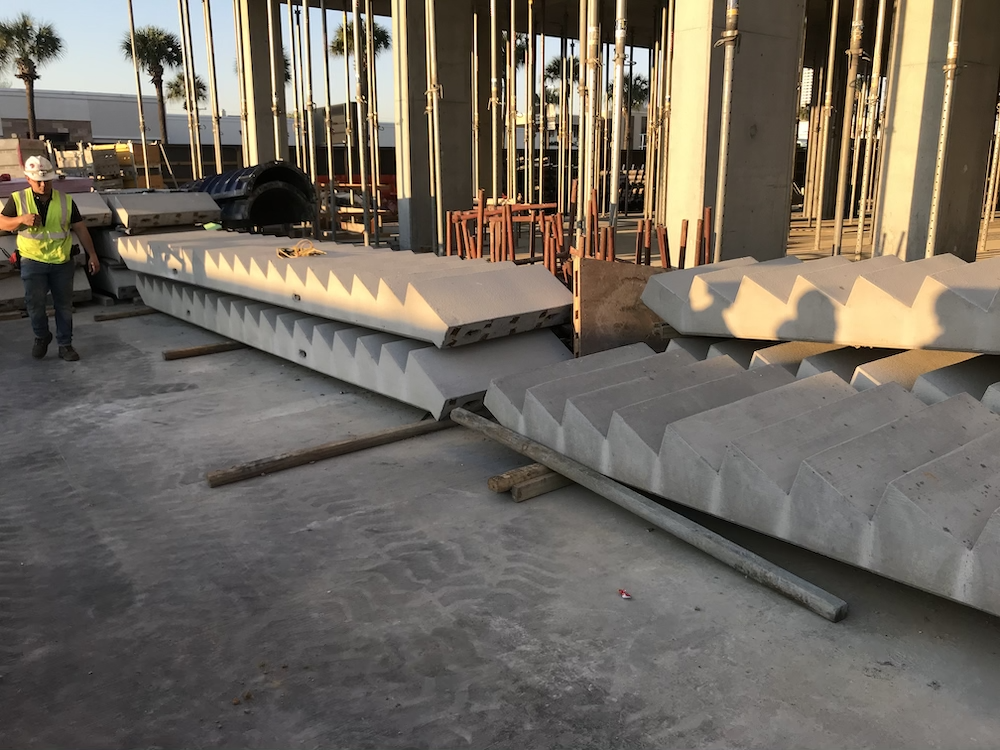 Overall it was a great site visit featuring a lot of important urban concrete construction elements: shoring, re-shoring, two way post-tensioned slabs, and precast concrete stairs. We got a quick group photo, then left for the next Hanover project. 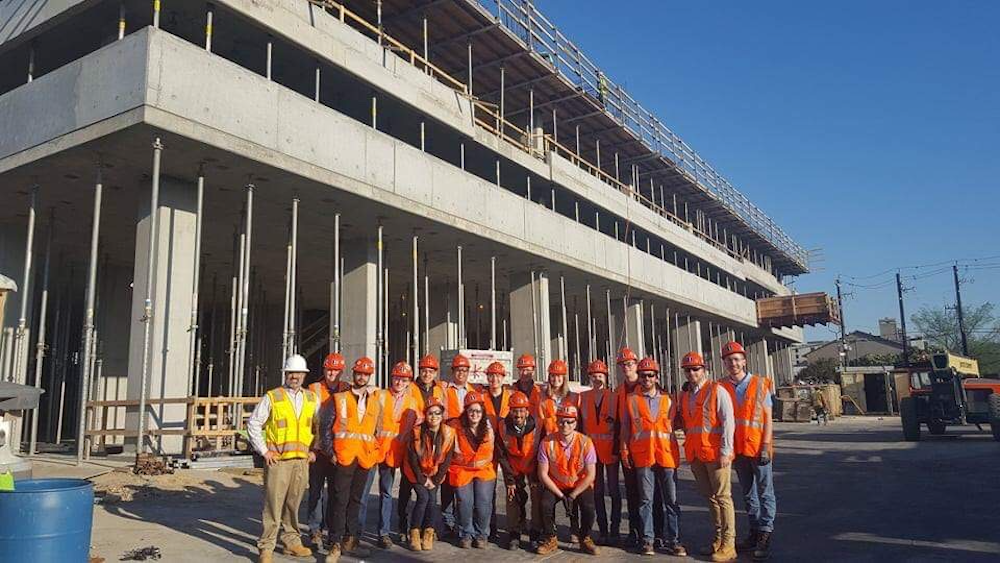