On Wednesday, March 25, 2022, GLCM and other CEE students prepared to head home after an amazing trip to Rome. After everyone was packed, the housing check-out procedure was completed. This included stripping the sheets off the bed, taking out the trash, and making sure the apartment was left exactly how we found it. Students then headed down to the lobby of their building to be picked up by transport at 9:20 am. 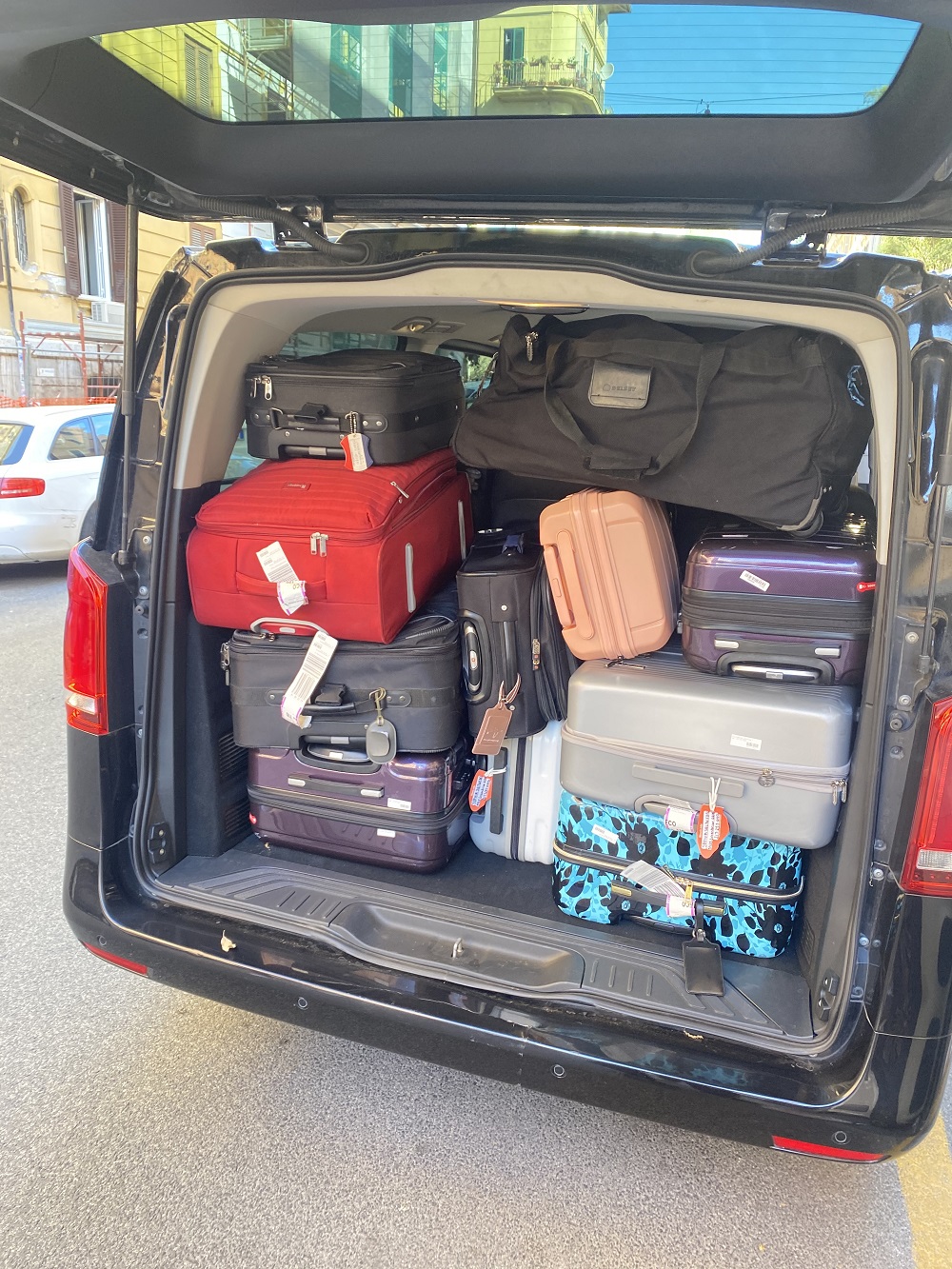 After all the luggage was packed into the van, we began our 40-minute drive to the Leonardo da Vinci International Airport. We were dropped off at terminal 3 and headed towards the check-in for our flight. 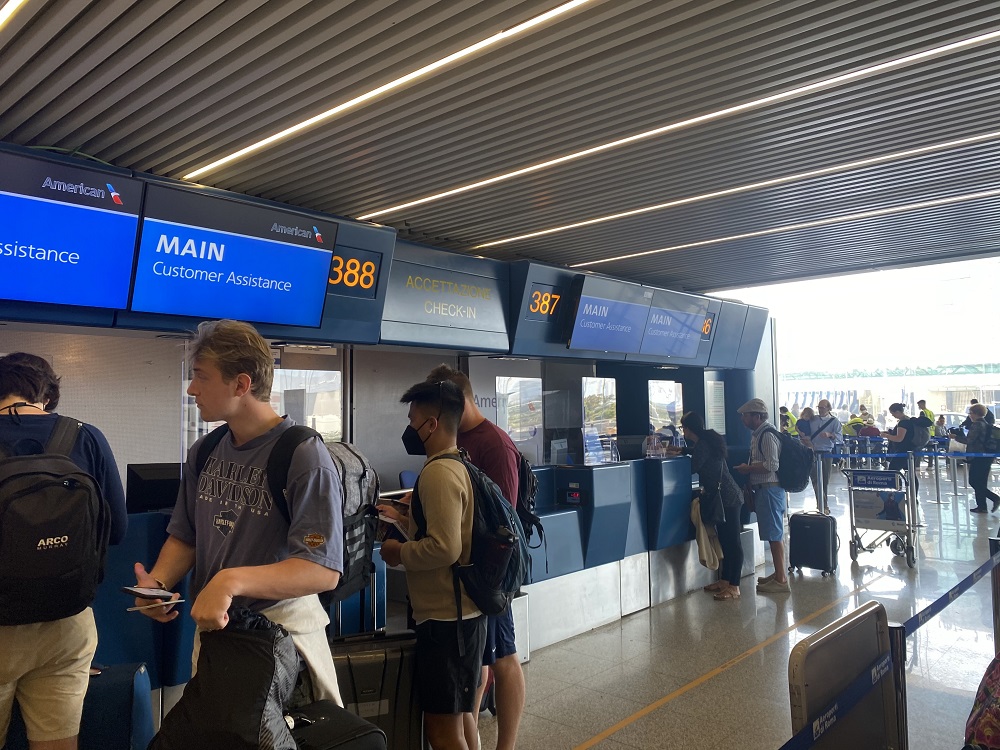 At the check-in counter, the students’ passports were scanned and we had to provide a negative covid test and contact tracing information. Our luggage was weighed as we hoped it would be under the maximum limit. After all of the luggage was checked, we searched for security and customs. 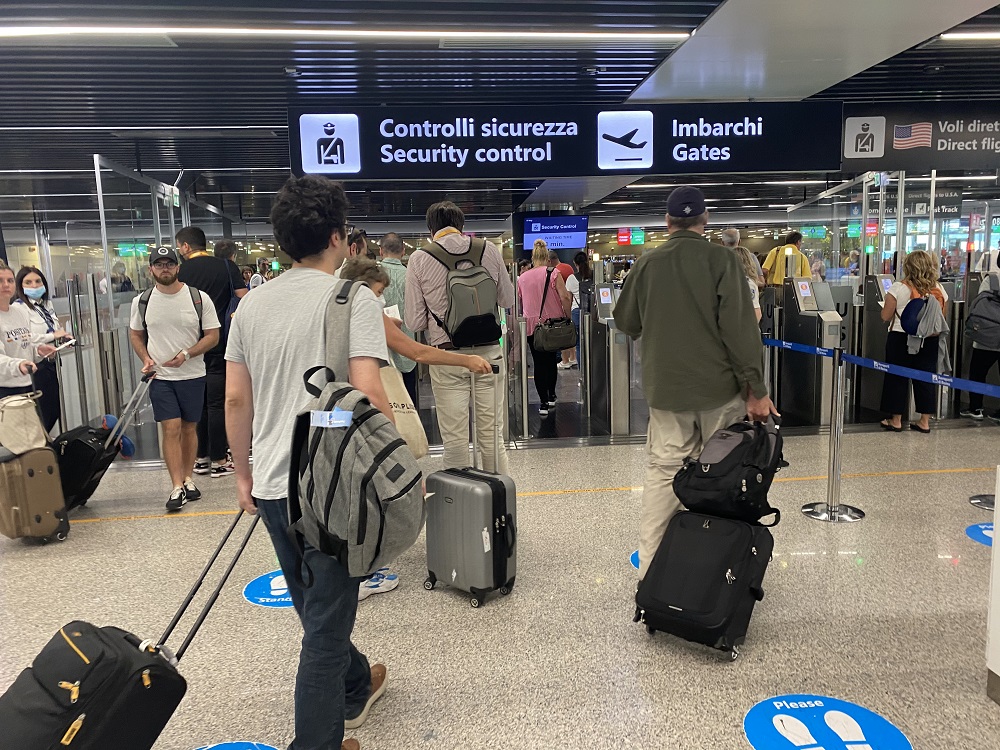 There were a number of differences between security in an American airport and security in an Italian airport. The first difference noticed was that security was not placed directly beside the check-in counters and students had to walk down a long hallway to locate it. Another difference was that there was no one checking for IDs, and we simply scanned our boarding passes to access security. Their system for running bags through the metal detector seemed more efficient than most security in the United States. There were separate stations for people to place their belongings in the bins and then easily slide the bins onto the conveyor belt. There was an additional conveyor belt under the table to bring empty bins back to the start of the line. The students had to take out all electronics through security, but were able to wear shoes through the metal detectors. Customs involved scanning passports, a picture and a passport stamp. 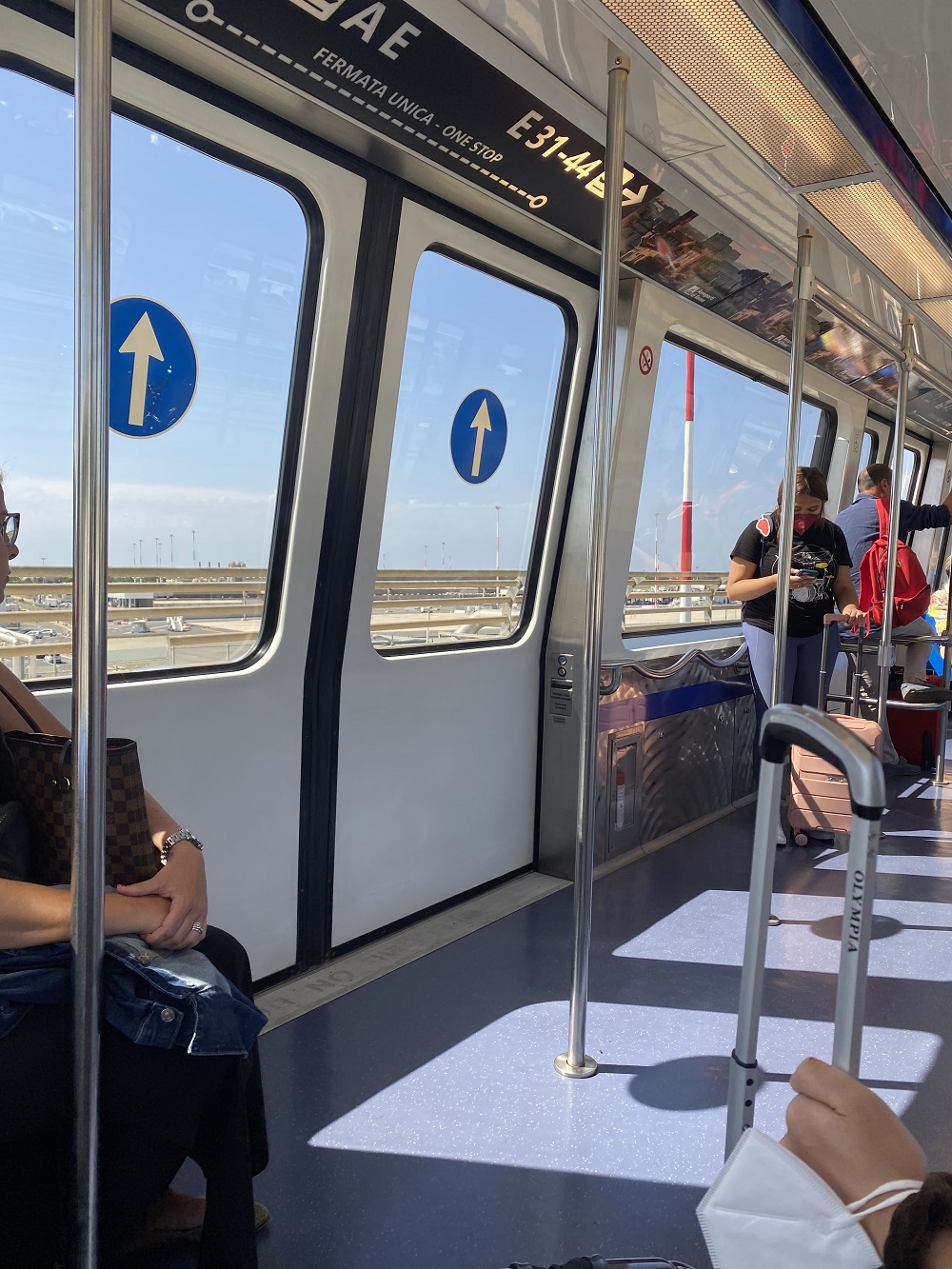 Once through security, we walked through the airport to find our gate. We were met with an abundance of shops within the airport and were surprised to see high-end stores such as Gucci and Prada. Students had to take a train to gate E42 and grabbed some lunch while waiting to board the plane. 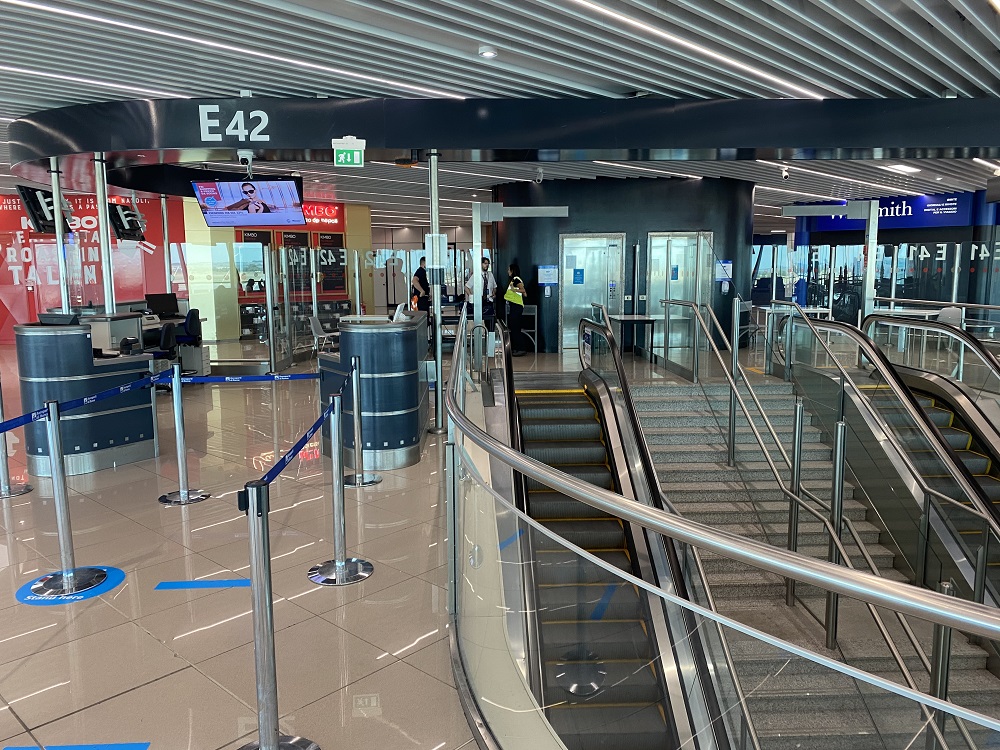 The gates were slightly different from what would normally be seen in the US. For instance, the gates were not placed along the edges of the building, but instead towards the middle. When boarding the plane, there were random checks of carry-on luggage. To get on the plane, an escalator was taken down to access the bridge.

The plane covered 5,000 miles within an 11 hour flight. Two meals were given through the duration of the flight. An entertainment system on the plane provided passengers with movies, games, and communication. Students enjoyed texting seat to seat during the flight, and passed time by catching up on sleep. Once we arrived in Chicago, landing was delayed by an hour due to bad weather. Once we were finally deplaned, we made it through US customs, claimed our bags, and said goodbye.

One of the best experiences on this trip was forming friendships with fellow classmates. Although the students were sad to leave Italy, it was great to be home after a long day of travel. Ciao Roma!