After spending four days in and around the Historic City Center of Rome, GLCM spent our Saturday in Napoli, or Naples, Italy. At around 7:45, everyone packed into our seats on a high-speed train. Moving at up to 300 km/h (around 186 mph), we arrived in Napoli in a little over an hour. From here, we traveled to Duomo by metro to explore downtown Spaccanapoli. Duomo station itself was not unlike other projects in Ital,y as it is not wholly complete due to archaeological finds. Our visit included stopping in churches such as the Duomo, San Gregorio Armeno, and San Lorenzo. The Duomo has an altar to San Gennaro. 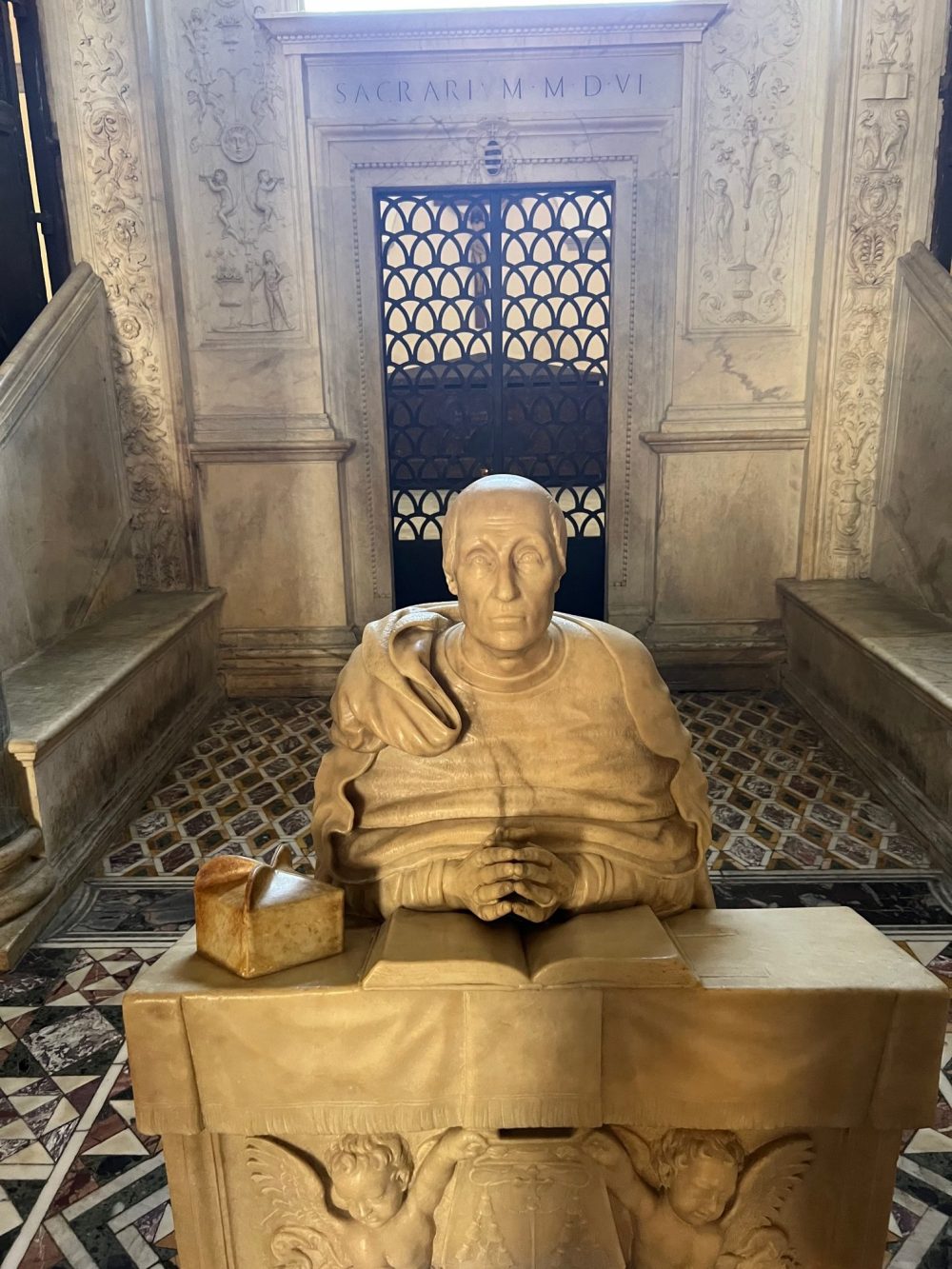 His blood is an important relic kept by the church. The vial they keep has been said to stay liquid in good times and congeal in bad. It had congealed in 1944 during WWII and Mt. Vesuivius’ eruption. The churches in Naples were definitely more in use than in Rome, and the number of tourists to patrons was drastically reduced and the dress code was heavily enforced. 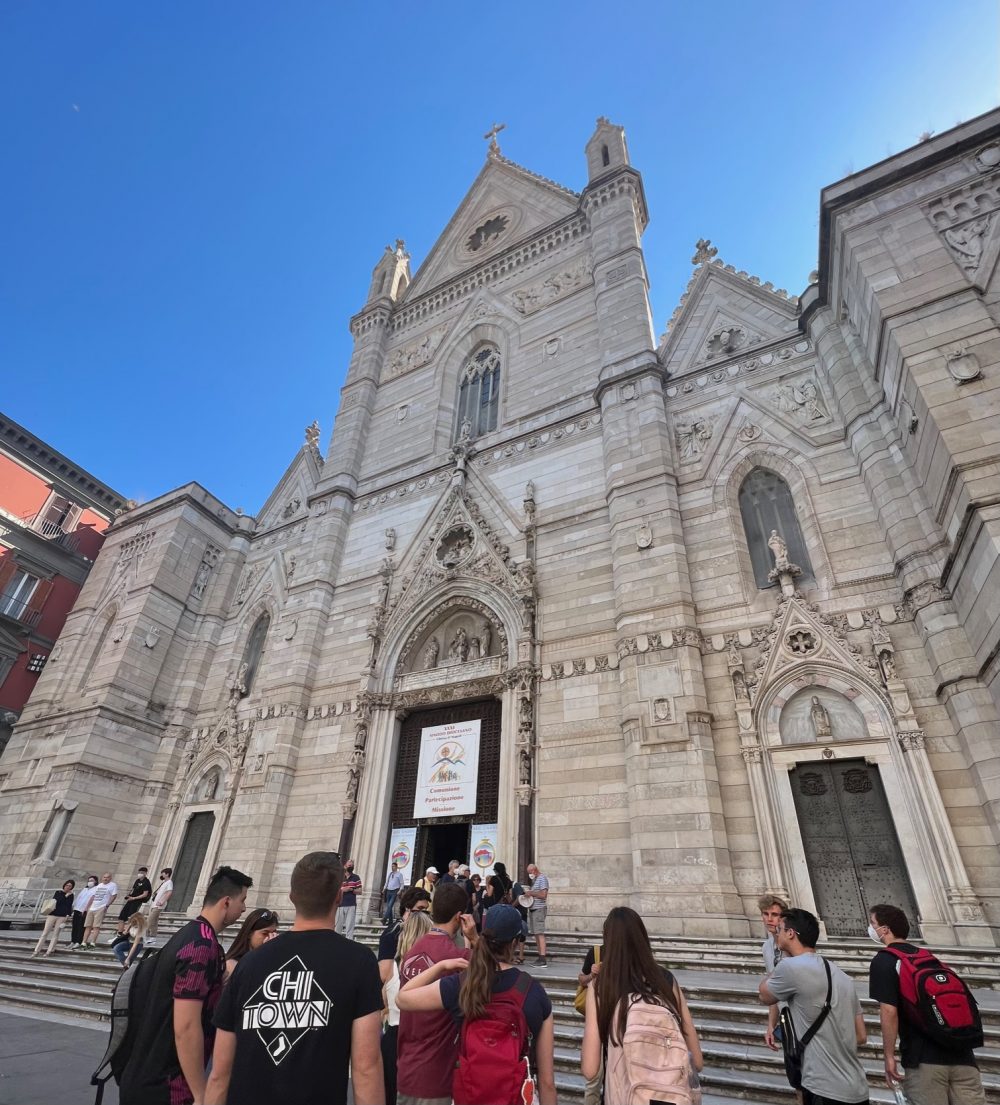 While walking towards Santa Chiara, we encountered a piece of Banksy street art outside of a pizzeria. Some of the art had been taken, but to allow others to continue to visit and admire it, the pizzeria mounted a glass door on top of the piece to preserve it. 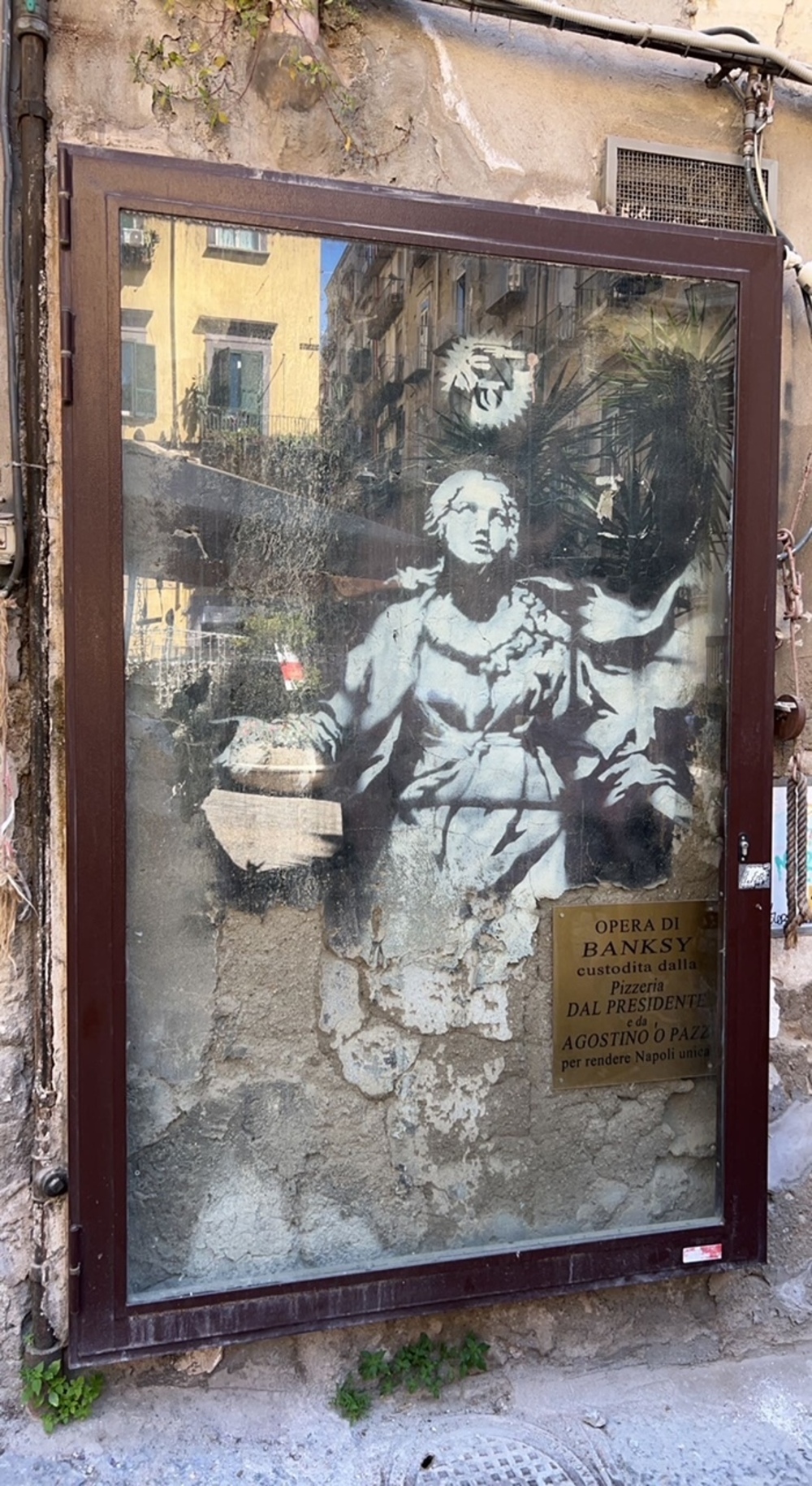 For lunch, we were encouraged to explore the variety of street food available. Some students had pasta, pizza fritta, and conos di mare. We observed many fresh fish markets and sellers selling Neapolitan horns. Sold in many forms, the red horn is an amulet that Neapolitans rely on to fight the evil eye, negativity, and bad luck. 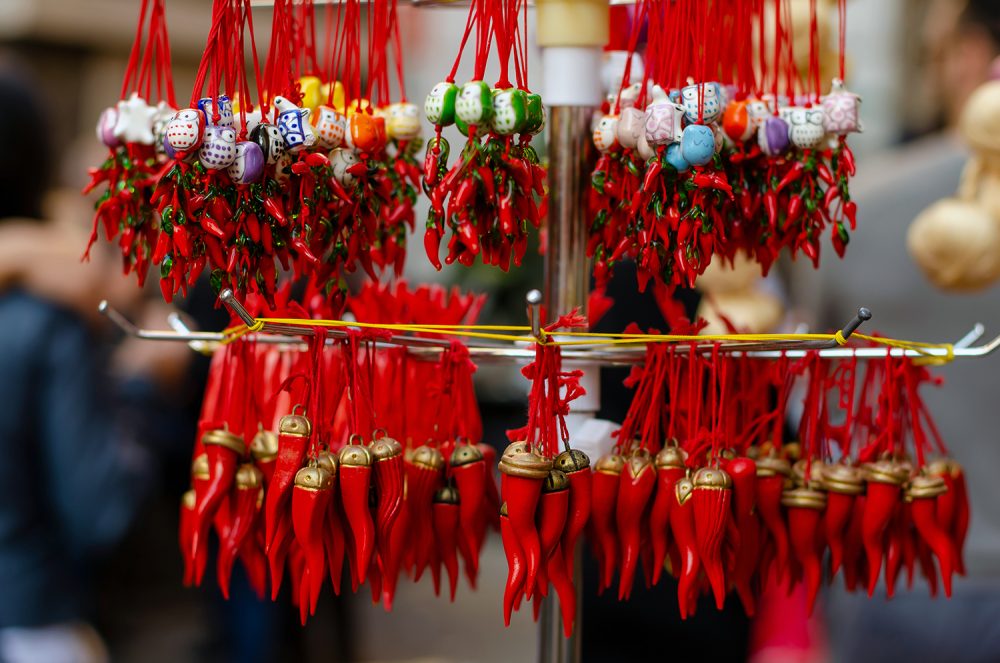 After lunch, we walked through Toledo and the Spanish Quarter. From here, we took a metro to Piazza del Plebiscito and viewed the coast. In the distance you could see Mount Vesuvius. Geologists believe the mountain is overdue for another eruption and it seems that locals are not disturbed by the idea. 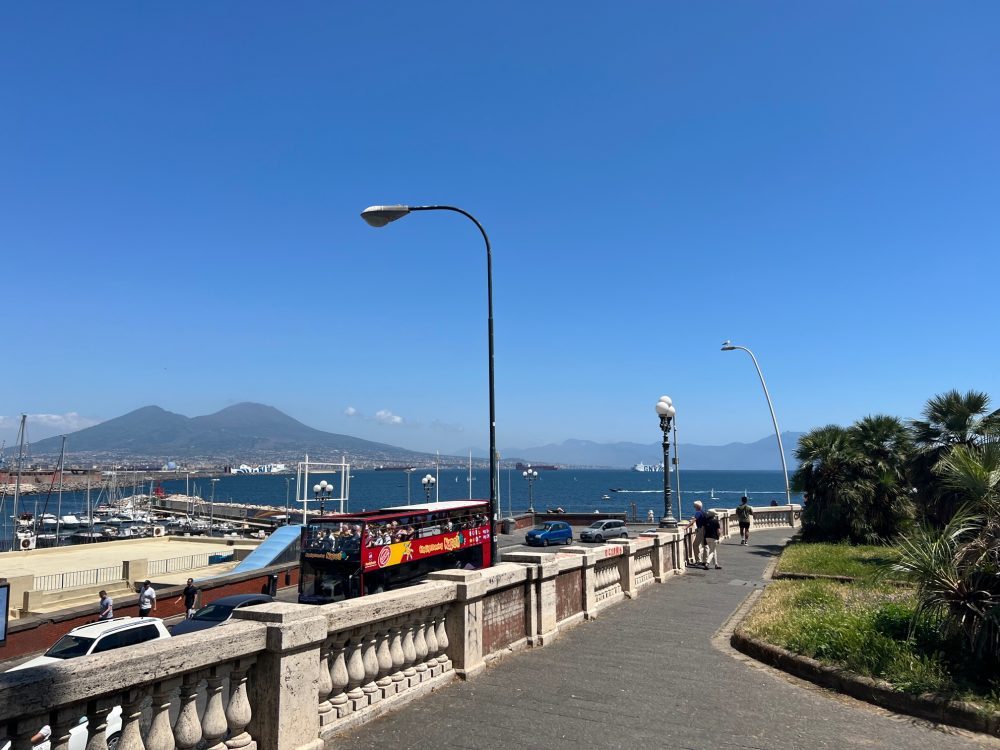 From here, we boarded another metro to Pozzuoli to visit the Amphitheater and Rione Terra projects. The Rione Terra project was a completed project where a new museum was built on old infrastructure. The new structure incorporates the old with the new by exposing old roads and pathways amidst the new construction.

For dinner, we ate along the coast at Pizzeria Pisani and indulged in bruschetta, a variety of fried aperitivos, and our personal pizzas. The day ended around 11:30 after our trip back on the high-speed train.