An unplanned and worthwhile site visit to the Lend Lease office in Brisbane turned out to be a great start to our day.  Led by Richard Eaton, Senior Construction Manager, we experienced firsthand the near complete construction of the Brisbane Supreme Court and District Court.  The innovative use of light and glass plays an integral role in the design of a building that is likely to become a monumental and major building site in Brisbane, Australia.

With the envision of Guyer Bailey Architects and Lend Lease, a modern and functional design has successfully accomplished many major challenges including the consideration of the courthouse and watchhouse entrance facilities, security and acoustics.  Access is a key consideration and the design provides separate access to the courtrooms for the judges, person in custody, jurors and the public. 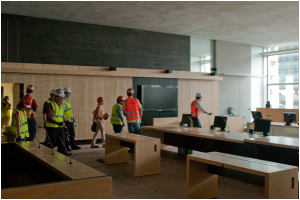 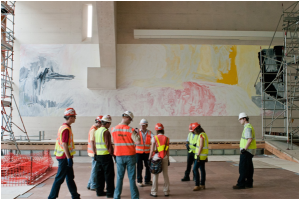 Construction began in August of 2008 and despite unforeseen delays in the schedule, the project is scheduled for completion in mid 2012.  The new building will include two basement levels and a total of eighteen stories above ground level to total over 60,000 square meters of floor space.  Once complete, the building will be one of the largest court facilities in Australia.  These include stories such as the ground level with public areas, typical floors containing both public and criminal courtrooms, a library for the court members, a café at ground level and two levels designated for plant facilities. 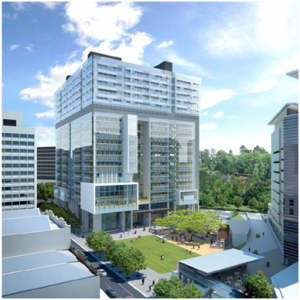 While there is no current green star rating system which the courthouse falls under, the Brisbane Supreme Court and District Court plans to become a pilot for such building types.  Lend Lease has considered materials, natural lighting, photovoltaic systems, courtyards and storm water retention as part of their green innovations. 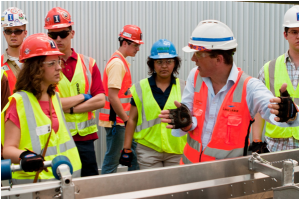 Alongside Richard Eaton, our morning began early with a brief overview of the project including progress, innovations and problems faced during the past few years.

Upon reaching the construction site, we noted the near completion of the building’s façade.

The double skin façade with integrated screening and glass fritting was prefabricated offsite and consists of glass and aluminum panels roughly 20’x8’x3’ and weighing around 4 tons each.  This system allows for outlook, privacy and a controlled shading mechanism.

To install the large panels, lend lease used tower cranes and both an inner and outer monorail system which was projected from the structure to hoist the panels in place.  A total of three cranes were used throughout the construction with the first being erected as the largest capacity crane ever erected in Brisbane to hold a capacity of over 48 tons.  During our visit, one crane remained as the team nears completion of the building. 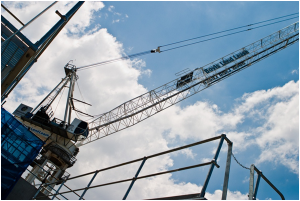 Multiple floors were required to have a compactor raised flooring system to allow for the latest technology including fire protection, HVAC systems, building services and state-of-the-art information technology systems.  The following images shows the working conditions on the 11th level which is just above one of the levels dedicated to the judges’ chambers and administration facilities.

While the building may be near completion, major critical activities still include the completion and infill of the façade, commissioning services and construction of the external roads.  Once complete, the new Supreme Court and District Court will provide the community with a new public space which can be compared to a five-star green-house rating. 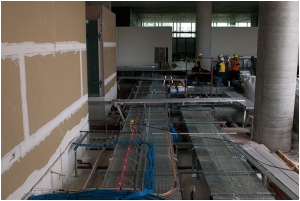