For our afternoon with ARCO Murray, we visited a site in the North Austin neighborhood of Chicago. The planned North Austin Community Center is a $31 million project expected to feature about 150,000 square feet of indoor space, including a fieldhouse, basketball courts, eSports center, and classrooms. The center is a collaboration between three groups: By The Hand Club, Grace and Peace Revive Center, and Intentional Sports. The site is located next to the Grace and Peace Revive Center, and has been unused since the Glidden paint factory explosion in 1935 which killed 11 people. The paint explosion made the space unusable, due to cleanup costs, which have posed a major challenge to ARCO’s construction.

Among the known problems prior to starting the project was the presence of xylene on the East side of the site, which had to be removed, as this can pose health problems to children using the soccer fields on that side of the site. More unforeseen problems were encountered when excavation began and a massive amount of buried concrete was discovered, which had to be hauled away.

After seeing the civil work done on the lot, we moved onto the actual construction of the community center, which posed some unique challenges for the ARCO team. The building itself was composed of tilted-up precast concrete panels which were 52 feet tall, the largest size allowable on a standard flatbed truck without requiring oversized load permits. These were temporarily braced using concrete deadmen placed in a trench within the perimeter of the planned fieldhouse and basketball courts. The building would eventually be more permanently braced by the roof, as interior columns obviously can’t be placed within a fieldhouse. The method for placing the steel bracing for the roof was to combine three separate pre-built pieces on a movable platform in the center of the fieldhouse. ARCO explained that this was a more practical alternative to assembling the steel bracing on the ground and attempting to control a 210 foot piece of steel with a single crane. Another added challenge to the ground assembly method was that the braces would actually be wider than the fieldhouse and would have to be lifted diagonally. 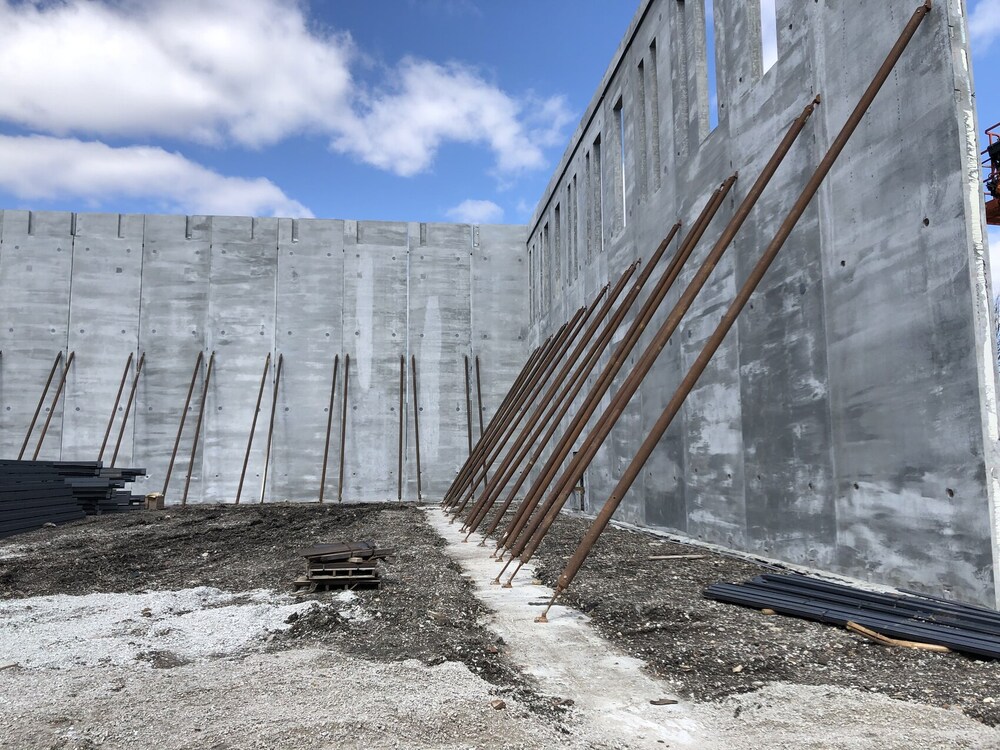 After seeing the main fieldhouse, we moved on to the basketball courts which were in the steel construction process, albeit with smaller steel pieces that could be placed more easily. The final portion of the project that we viewed was the cast-iron plumbing for an additional building separate from the main sports center. Chicago requires cast-iron underground plumbing, unlike most other places, which use underground PVC piping, so it was interesting to see a Chicago-specific type of construction. 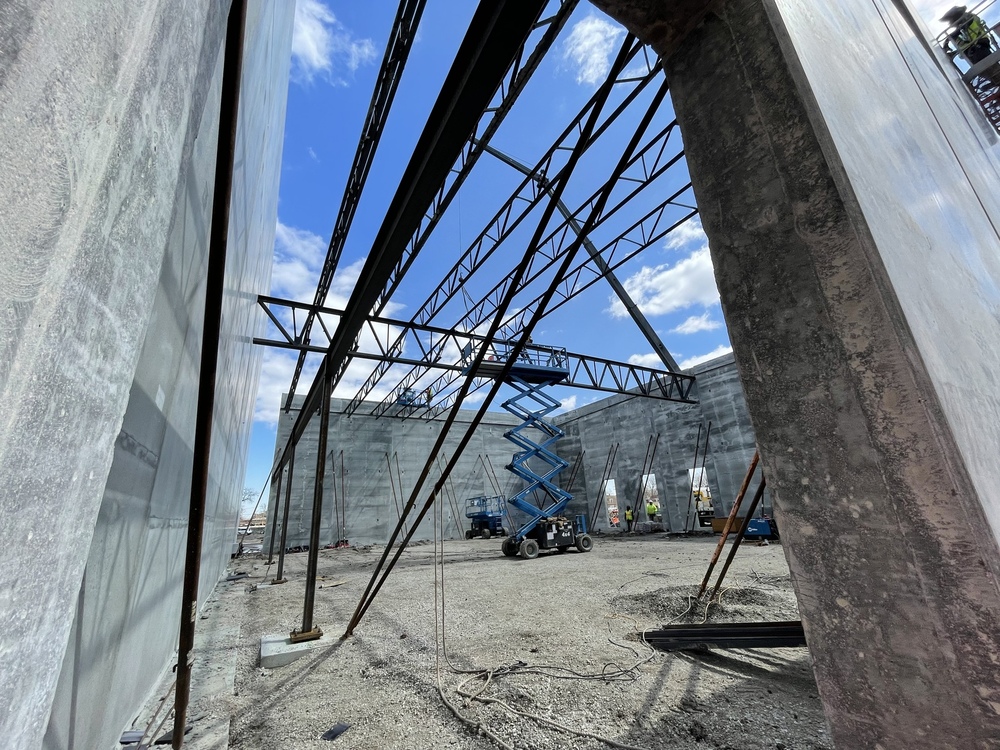 It was great having the opportunity to see two very different sites during the day, and we’d like to thank ARCO Murray for taking the time to show us around and explain the unique nature of these sites.